The Myriad of Assets of the New York Mets: Callaway’s Weapons For Success. 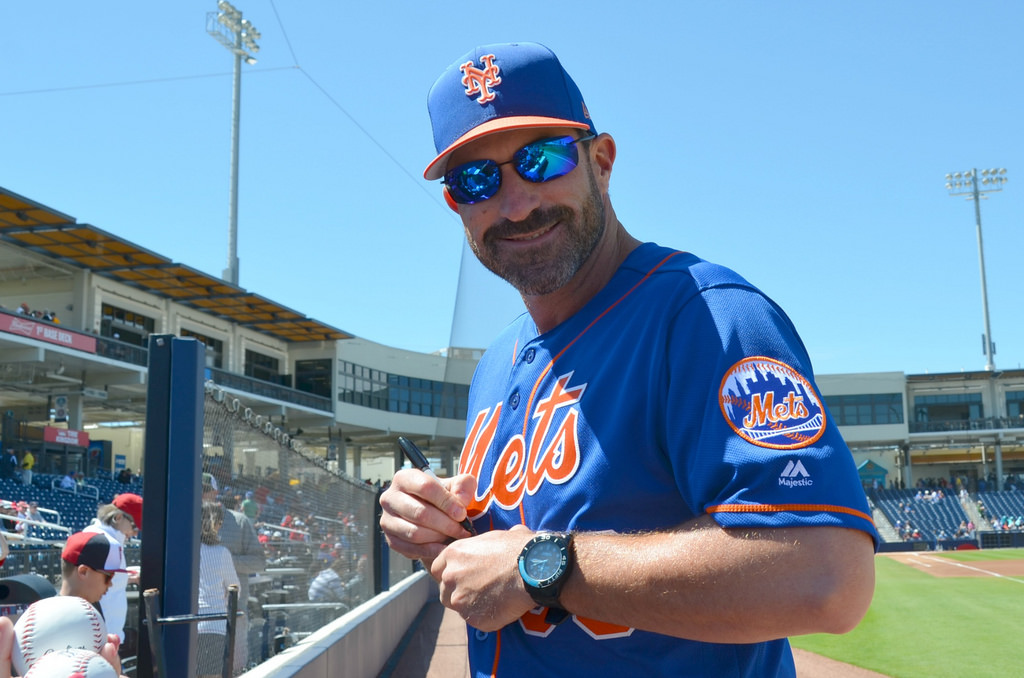 Met’s fans are feeling early nostalgia right now. Last night they played a complete game. From McNeil’s RBI double to Davis’ savvy base running on a past ball. Hustle plays are imperative for the Mets formula to win. The base path can be a handy tool to create runs. Callaway is emphasizing heady plays, the Mets cannot afford mental errors. Hustle plays can make the Mets a formidable, disciplined unit. Taking chances has to be a focal point for Callaway’s 2019 approach. So far, the team has gelled, despite injury issues. Lagares seems to be coming into his own, homering and as usual, playing lock down defense. He is such an understated luxury the Mets have. Broxton, with his stealing potential adds another dimension to the tools at Callaway’s disposal.

Rosario is hitting and “Pete” Alonso is living up to the hype. He fits the bill as a legitimate bopper in the middle of the line up. The ball seems to jump off his bat and his homers are moon shots. His bomb last night was over 400 feet. The man that hit 39 homers in the minors, may be able to translate that power to the bigs. The pitching has been solid. Familia fills the set up role and seems to be embracing the pseudo demotion. Diaz has been what the Mets acquired him for, cold-blooded and a conundrum to figure out as a hitter. He isn’t afraid to brush batters off and pitch inside, which is a pleasant sight for Mets fans. He loaded the bases, but showed tenacity striking out three straight to end the game. This demeanor and courage in a jam is just what the Mets ordered. It’s not always going to be pretty, but Diaz has a knack for overcoming adversity. The man throws cheddar and will rack up saves in bunches. If the lineup and back-end of the rotation can deliver, the Mets could contend. We will know if the Mets mean business, first series against Harper and the Phillies. Matz and Vargas cannot implode, they must be serviceable.

As the two lefties in the rotation, they need to add that LHP dimension. As good as the first three starters(DeGrom, Syndnergaard, Wheeler), the season rests on a top to bottom rotation. Wheeler is a stretch to throw in that mix, but the lefties have to make opposing managers squirm. Being a team, that can alter opposing line ups, is always an asset.

They must beat the teams they are supposed to take care of, namely the Marlins. They face Jose Urena tonight, who is coming off a rocky outing. He only managed to last 4 2/3’s innings against the Rockies last time out. As the Marlin’s number one starter, he has to set the tone for the rest of the staff. The Marlins lack just about everything, but they do have a young nucleus of starters. They are very inexperienced with very minimal major league starts. The only way they can compete is with their young staff maturing swiftly.

The Mets starter Jason Vargas, a former all star, is also erratic on the mound. If Vargas can go five to six innings and keep the ball low, that’s doing the job. Despite injuries to Lowrie and Frazier, the Lineup seems to be solid.

Lastly, diving into stats, Alonso is batting .412. He has three extra base hits and six RBI’s. His aforementioned dinger speaks for itself, the man can rake. Ramos is consistent and truly a staple of this line up. Cano had the golden sombrero last night, which he’ll look to rebound from tonight. When Lowrie and Frazier come back, the Mets will truly be an intriguing team to follow. They are a versatile squad and may surprise many this year. After playing the Phillies and Braves, the Mets will truly see where they stand. Lets not get ahead of ourselves, but so far they seem to be overcoming low expectations. One objective observation is that the Mets are not heavily reliant on one or two players. They are a multi-faceted unit, with a plethora of weapons to unleash. That being said, its only the fifth game of the season.

We’ve seen this early success turn sour before. Sit back and let’s see if the Mets have shed their old mediocre mantra.