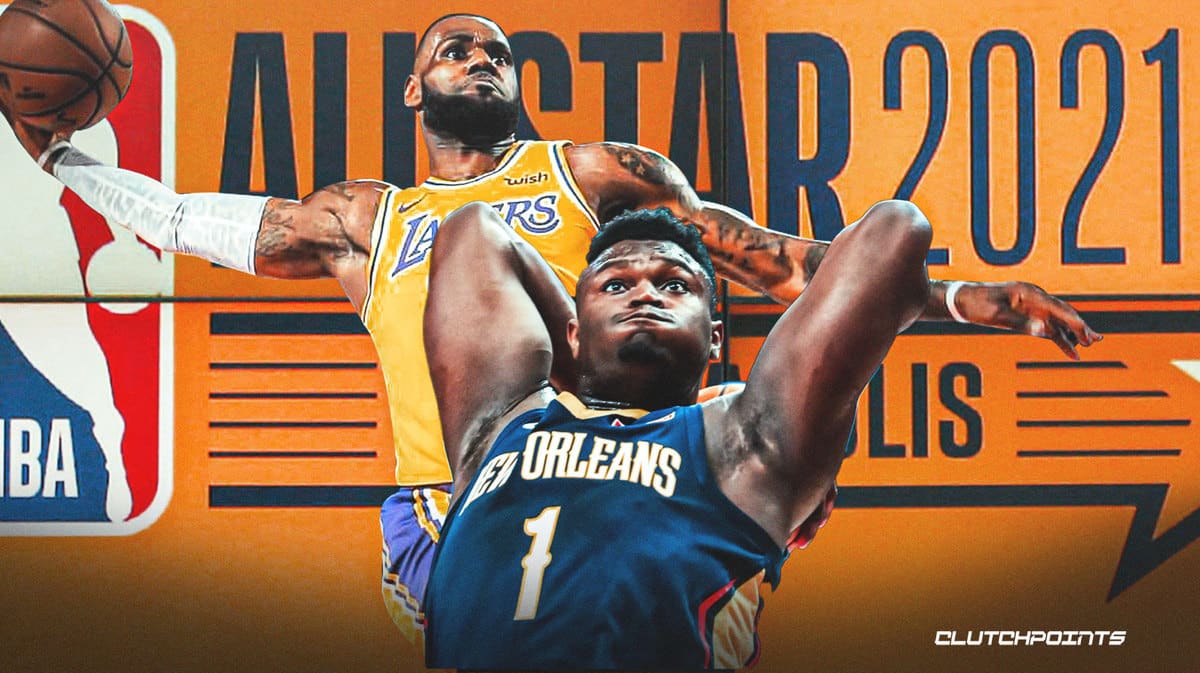 The media panels, fans, and current NBA players all casted their votes for the players they wanted to see play in the 2021 NBA All-Star Game which will take place on March 7th in Atlanta at the State Farm Arena. The matchup will include team captions LeBron James from the Los Angeles Lakers, who will lead the west, and Kevin Durant from the Brooklyn Nets, who will lead the east.

The Western Conference starter pool alongside James is as follows: Stephen Curry from the Golden State Warriors, Luka Dončić from the Dallas Mavericks, Nikola Jokić from the Denver Nuggets, and Kawhi Leonard from the LA Clippers.

The Eastern Conference starter pool alongside Durant is as follows: Giannis Antetokounmpo from the Milwaukee Bucks, Bradley Beal from the Washington Wizards, Joel Embiid from the Philadelphia 76ers, and Kyrie Irving from the Nets.

Now that the All-Star captains, starters, and reserves have been selected, James and Durant will get to select from the All-Star player pool in the NBA All-Star 2021 Draft Show on Thursday, March 4th. While the All-Star game is an amazing accomplishment for first time and previous All-Star players, there were some surprising snubs for players that many believe deserved a spot in this game.

For starters, one of the biggest snubs for this All-Star game was Devin Booker from the Suns. It has now been announced that Booker will replace Anthony Davis due to the fact that he is still injured and unable to partake in this game, but it is still without a doubt a slap in the face to not have been selected in the first place. LeBron even went to Twitter after finding out the news stating, “Devin Booker is the most disrespected player in our league!!! Simple as that.” For a player that is currently averaging 24.7 points, 4.3 assists, 3.8 rebounds a game, and shooting a career-high 50.1% from the field should have without a doubt been a selected reserve for this game.

Another huge loss for this game is the Atlanta Hawks’ Trae Young. This was an extremely frustrating disappointment for Atlanta fans everywhere being that he is more than deserving of a spot in this lineup. It has been a rough season for the Hawks this season on top of injuries and falling short of high expectations, but Young is still averaging 27 points, 9.6 assists and 4 rebounds per game. He is also the 5th player in NBA history to record at least 15 career 40-point games at the age of 22 or younger. On top of all of that he has increased his 3-point range shooting and is third in the league in assists. Young is on fire and continuously stepping up his game. It truly is a shame that these stats were not enough to get him included again this year.

Other big names that stand out for being snubbed from this years game include the Miami Heats’ Jimmy Butler, the Jazzs’ Mike Conley, the Toronto Raptors’ Fred VanVleet, the Bucks’ Khris Middleton, the Heats’ Bam Adebayo, the 76ers’ Tobias Harri, the Memphis Grizzlies’ Ja Morant, and so many others.

You could go on and on naming all of the amazing players left out of this year’s All-Star game, but in reality somebody has to be left out in order to put somebody else in. Now the excitement lies with seeing the teams come together and hoping to see those left out come back better and stronger next year in order to make their appearance.