The New York Jets Blessings of having the 2nd Overall Pick… 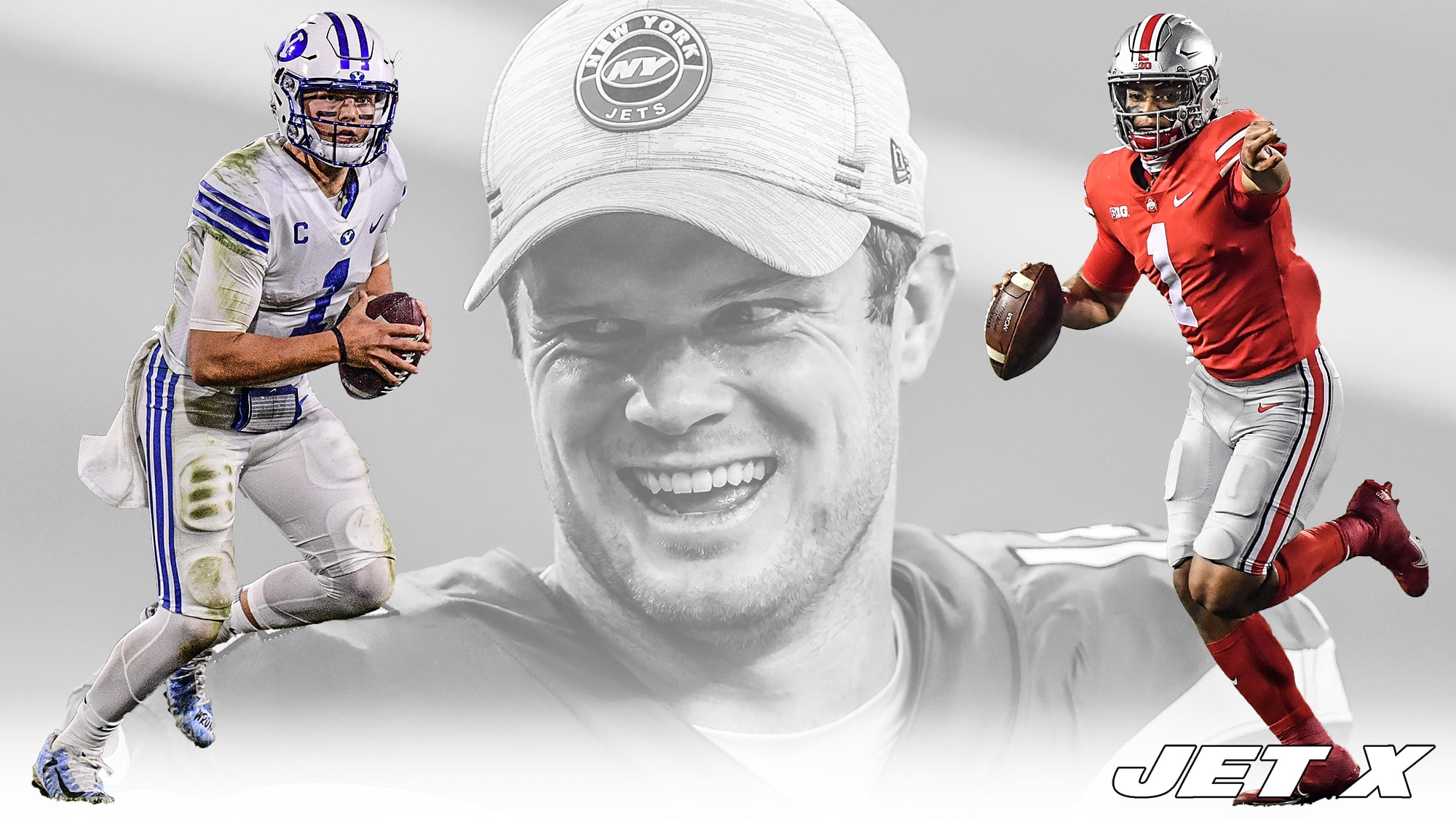 With the Jets losing in their season finale to their AFC east rival New England Patriots 28-14. The season has finally came to an end, thankfully. Ending the disappointing season with a 2-14 record, being the 2nd worst team in the NFL.

Acting owner Christopher Johnson has relieved Adam Gase of his duties as Head Coach. Gase finished with a 9-23 record showing that he just couldn’t gain momentum from the end of last season. The Jets seemed to keep Gase for the rest of the season just to maintain the first overall pick in this upcoming NFL draft.

Trevor Lawrence is a generational talent at the quarterback position that Jets fans have been dying for their entire lives. In typical Jets fashion, they won two meaningless games against the Los Angeles Rams and the Cleveland Browns. Therefore, the Jets now have to settle for the second overall pick but there’s many options. The Jets can draft either BYU QB Zach Wilson or Ohio State QB Justin Fields. Zach Wilson threw for 3,692 passing yards with 33 touchdowns passes with just three interceptions. Wilson has a gifted arm who can throw in very tight windows with expectational velocity. He also can translate into today’s NFL showing that he run the football as well. Wilson is a top three QB prospect for sure elevating everyone around him. Justin Fields, who has only played six games due to COVID-19, threw for 1,906 passing yards with 21 touchdown passes and six interceptions.

Fields struggle against ranked teams such as Indiana where he threw three interceptions. Then in the BIG 10 championship, Fields threw two awful interceptions and throwing for only 114 yards. Fields completed only 44% of his passes exposing how one dimensional he can be. Justin Fields is a gifted runner, as my NFL comparison would be Cam Newton. Big, strong, athletic, mobile and has a rocket for an arm. Proving all his doubters wrong against Clemson in the CFB semifinals throwing for over 350 passing yards and six touchdown passes beating his rival Trevor Lawrence to advance to the National Championship against Alabama.

These two gifted quarterbacks are being considered due to the regression of young Jets QB Sam Darnold. The 21 year old showed some promise in the last four games of the 2018 season having the highest PFF grade of 90.4%. He led the Jets to a 7-6 record when he was under center in 2019. In year three he just wasn’t good enough. Finishing with the worst passer rating in the NFL. Yes, Dwyane Haskins and Carson Wentz’s ratings were better even though they were also extremely bad. Darnold had 2,208 passing yards with 9 touchdowns and 11 interceptions. In three seasons, he has thrown for 8,097 passing yards with 45 touchdown passes and 39 interceptions with seven fumbles lost.

Sam Darnold might have had two awful head coaches in Adam Gase and Todd Bowles during his tenure in New York. With terrible play calling, lack of offensive weapons at wide receiver position and below average offensive line play. Darnold hasn’t got the fairest of chances to succeed in the NFL due to dysfunctional ownership and incompetent general managing in Mike Maccagnan. Darnold is also only 23 years old, showing how young he is despite his NFL experience. Now, the Jets have Joe Douglas, who has won multiple super bowls with the Baltimore Ravens and the Philadelphia Eagles . Douglas has traded away disgruntled all pro safety Jamal Adams for two first round picks. Douglas has drafted promising players in wide receiver Denzel Mims and left tackle Mekhi Becton. You can continue to build around Sam Darnold by using high draft picks towards the offensive side of the football.

Penei Sewell, who is the generational talent at the offensive line position will definitely be a choice at two. As a sophomore, he was awarded the best offensive linemen in 2019 and unanimously named All American for the University of Oregon. Sewell has a gifted amount of athleticism and excellent fundamentals. The offensive line would truly be a danger led by Mekhi Becton and Penei Sewell, two guaranteed future all pros at their respective positions. You can also try to trade back out of the second pick with teams who need a quarterback such as the Washington Football team, Panthers, 49ers, Colts and Bears. They can gain more draft picks, as their is superstar potential in wide receivers Devonta Smith of Alabama and Ja’Marr Chase of LSU. The Jets can even go for a versatile tight end/ wide receiver hybrid in Kyle Pitts out of Florida.

The Jets have over 70 million in cap space next year. Therefore, they can sign high profile guys like receiver Allen Robinson or all pro offensive guard Joe Thuney. Owner Christopher Johnson has stated that he loves Darnold’s talent and leadership. In which he thinks he’s the quarterback of the future in New York. Johnson also has stated that it will not be his decision to make. Handing over the keys to GM Joe Douglas and whoever they hire next at the head coaching position. The Jets have many decisions to make, making this the most important offseason in Jets history.