The New York Knicks After Their First Month 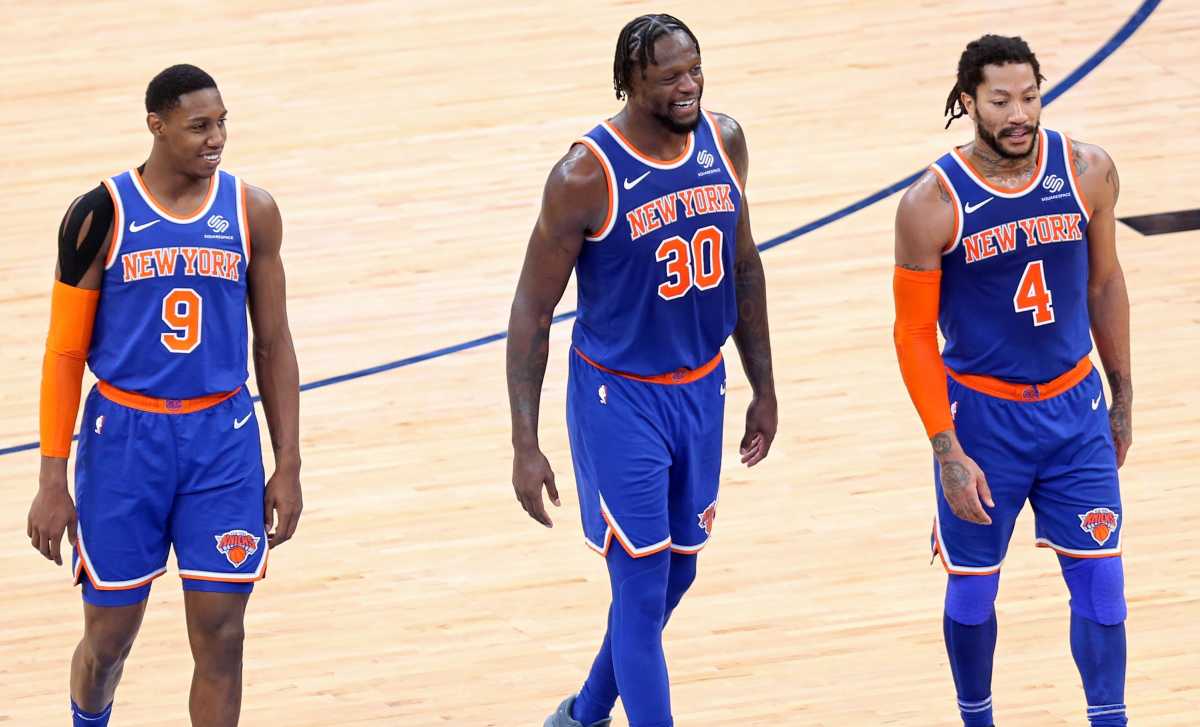 Where the Knicks Currently Stand?

The New York Knicks currently sit seventh in the Eastern Conference at 6-6. They are coming off a crushing defeat at the hands of their cross-town rival the Brooklyn Nets by a score of 112-85. If the Knicks continue to hold onto the seventh seed through April, that will secure the Knicks a play-in spot in the playoffs.

The Knicks are playing mediocre basketball but let’s keep in mind it has only been eleven games. Before the loss against the Nets, the Knicks were 6-0 against teams below .500 and 0-5 against teams .500 or above. The Knicks have also scored 1,150 points on the season and allowed also 1,150 points before that Nets game as well. The Knicks are 16th in offense, 16th in defense, and 15th in simple rating system. If that does not describe mid to mediocre basketball than what does?

Madison Square Garden is one of the most prominent and well-known arenas in the world. The Knicks so far have done a good job at defending their home arena with a 4-2 record. They defeated the Detroit Pistons, Orlando Magic, and Charlotte Hornets in overtime all on their home turf. The Knicks play much better at home as they shoot 49% overall from the field, shoot 77.1% from the free-throw line, and average 6.6 blocks per game which exceed their numbers on the road. The Knicks also have a plus/minus of 2.4 at the Garden.

When is the Flight Home?

The Knicks struggle on the road with an away record of 2-4 and average 106 points per game. Additionally, this almost thirteen points lower than at MSG. The Knicks on the road have a lower field goal percentage, average less blocks, and commit about one more turnover per game. They also have a plus/minus of -6.5 on the road. However, the Knicks have had some tough games on the road including matchups against the Memphis Grizzlies, Milwaukee Bucks, Cleveland Cavaliers, and the Nets all ending in losses.

One of the reasons the Knicks have not been playing their best basketball is due to injuries. Quentin Grimes, who is one of the Knicks better two-way players, has been in and out of the lineup dealing with a nagging foot injury and has only appeared in three games this season. The Knicks are also don’t have starting center Mitchell Robinson, who suffered a knee sprain and is out for at least a week. If the Knicks want to compete and make the playoffs, they need to be fully healthy especially their main contributors.

Take Care of the Basketball

The Knicks as a team average 15.3 turnovers per game which is brutal. Julius Randle averages 3.2 turnovers per game and RJ Barrett averages 2.4 which is not ideal to see arguably your two best players consistently turning the ball over. Turnovers not only takes away shots and opportunities to score but allow fast breaks and easy points for the other team to capitalize off their mistakes. They need to make crisper passes and take care of the basketball to be more efficient during their possessions.

Julius Randle, RJ Barrett and Jalen Brunson are the Knicks highest scorers each averaging at least 19 points a game which is to be expected. They are each shooting over 42.5% or higher. Brunson is shooting an impressive 48.8% from the field.

Cam Reddish and Isaiah Hartenstein have stepped up big heavily impacting the game. Reddish has finally looked like the player that was worthy of a first-round pick out of Duke and the player the Knicks traded for. Reddish is averaging 7.1 PPG, 1.6 RPG while shooting 41.4% from the field and 35.5% from behind the arc. Hartenstein has stepped up with the Robinson injury and Robinson’s issues this season with foul trouble. Hartenstein is averaging 7.5 PPG, 8.1 RPG, and 1.4 blocks per game.

Obi Toppin has played much better basketball this season, currently averaging career highs in points and rebounds. However, the most improved part of his game has been his shooting from the charity stripe. Toppin has never been known for his shooting ability, more as a playmaking slasher and NBA Slam Dunk Champion. Toppin is currently shooting 40% from three though which is 10% percent higher his previous two seasons. The Knicks can benefit from Toppin being able to shoot, giving them another scorer allowing the team to stretch the floor more.

Immanuel Quickley needs to step back up in order to maintain his from the past two seasons. Quickley averaged 11.3 PPG while shooting just under 40% overall in the field and three in his first two seasons. This season he is averaging 7.5 PPG while shooting 33.7% from the field and an abysmal 25.6% from the three-point line. Averaging 21.2 minutes per game, Quickley is going to need to step it up otherwise he will lose minutes to teammates like Derrick Rose or Grimes.

Despite Promise, Knicks Fall Short Again
Takeaways From the Nuggets Loss to the Celtics