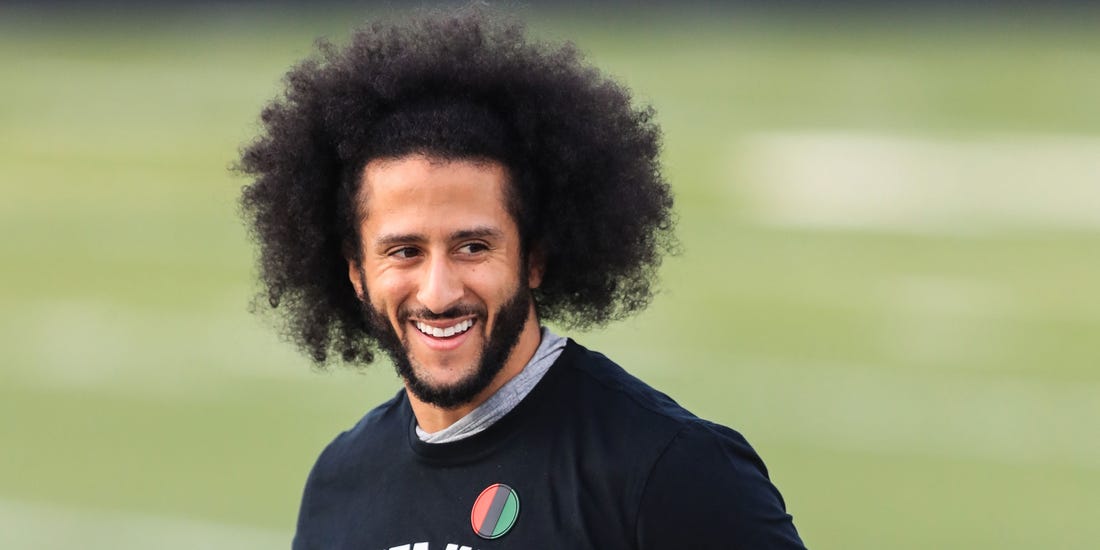 NFL commissioner Roger Goodell released a statement on behalf of the NFL sending their condolences to the families of George Floyd, Breonna Taylor, and Ahmaud Aubrey (who is the cousin to Detroit Lions’ Tracy Walker). Goodell’s statement ‘recognized’ the power of their platform and ensured that the NFL would confront systematic issues. Yet the person who did just that four years ago, does not have a career with the NFL anymore. The most appalling factor was that there was not a follow up apology regarding the peaceful protest that was started by Colin Kaepernick.

“Ultimately it’s to bring awareness and make people realize what’s really going on in this country,” said Kaepernick. “There are a lot of things that are going on, there are things that are unjust and people aren’t being held accountable. This country stands for freedom, liberty, and justice for all and it’s not happening for all right now.”

As a result of his stance, he lost his career. Additionally, he has been subjected to unwanted personal media attention and people. For the last four years, Kaepernick has been accused of ‘reverse racism’, called an “opportunist”, and has been labeled as “bad business” from the NFL. However, Kaepernick has only proved his loyalty to the cause. In 2018, he completed the Million Dollar Pledge, dispersing into 37 organizations that’s mission is to fight for justice. Kaepernick started the Know Your Rights Camp campaign, which is a free campaign to educate children on higher education, self-empowerment, and teaching kids how to properly interact with law enforcement in varying situations. The most recent charitable act of Kaepernick is offering funding for legal defense for Minneapolis protesters.

Kaepernick’s 2016 stats were 59.2% completion, 2241 yards, 16 touchdowns, and 4 interceptions. His career was far from decelerating. Yet, he was released.

Moreover, the NFL hasn’t handled inhouse situations justly. The Myles Garrett and Mason Rudolph altercation is an indicator of how unfairly the NFL has treated black players as opposed to white. Rudolph was nowhere near innocent in the scuffle, even initiated the fight. Rudolph attempted to take off Garrett’s helmet but failed. As a result, Garrett was indefinitely suspended. Although Garrett has since been reinstated, both parties should have been punished fairly.

Begs the questions: Why is the NFL suddenly impacted by the black lives that have been murdered by the hands of the police? Could this be due to one of the victims actually being a relative to a player? Is it a matter of public perception? Is the racially diverse group of protesters the indication that this is not just a black issue? Were stakeholders concerned players may rebel if there was not a statement released?

The greatest question: If the NFL season started, how many players would kneel during the National Anthem?

Colin Kaepernick is a revolutionary. To many his legacy will have nothing to do with football. However, football was his platform to become a revolutionary. He deserves more than an apology. He deserved to fight for injustices of black and brown people while playing the sport that he loved.