The NHL Draft Was Actually Interesting 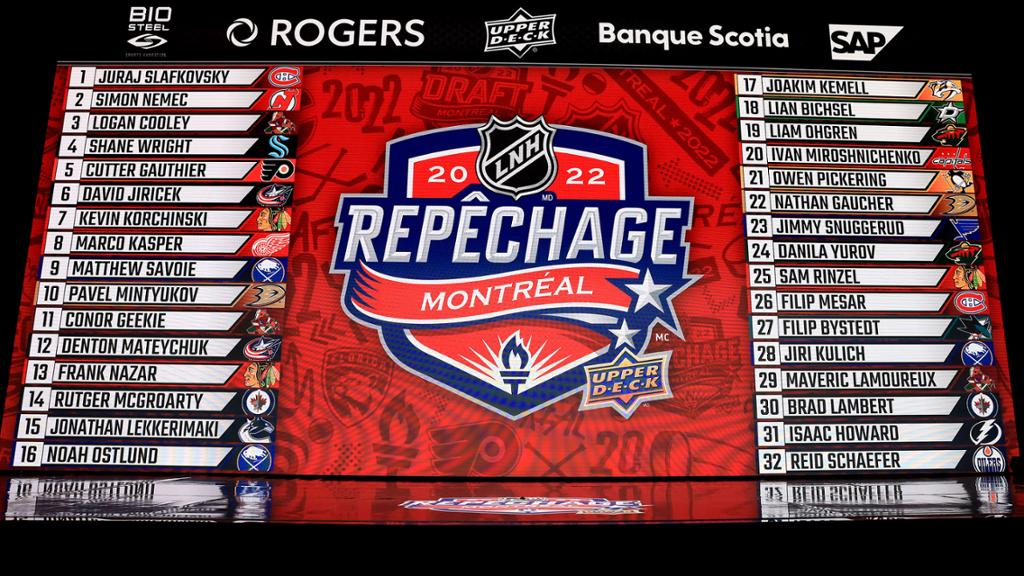 Every year the NHL draft is criticized for being a massive let down. This season however was completely different. Fans were treated to an actual spectacle.

This draft was headlined by the question of who is going to go first overall. For years we were preached to about Shane Wright. He obtained “exceptional status” by the Canadian Hockey League, allowing him to play in the CHL a year early at age 15. Wright seemed to have the first pick as a lock. Showed he was 100% a future NHL star, even becoming the youngest captain in the history of the OHL.

The 2022 Olympics threw a massive curveball at the draft. Slovakian player Juraj Slafkovsky burst onto the scene, scoring seven goals and helping Slovakia to a bronze medal. In addition to that, at the World Championships he had over a point per game. He thrust himself into the talk for first overall, he supposedly has more of the flash that is associated with first overall.

Even with Slavfkovsky being predicted first at the final rankings. I was still shocked when he got picked over Wright. But this season had a very strange top four picks. Picks two and four seemed to have “their guy”. New Jersey really wanted a defenseman and picked Simon Nemec. Arizona really liked Logan Cooley and had full confidence in him. Leaving Shane Wright, who had been told for years he was going first, falling all the way to four.

The nest big story was Slovakia, the highest pick the country had ever had before was number three, with Marián Gáborík in 2000. This year two Slovaks went one and two with Slakfkovsky and Nemec. This really shows the world it’s a program to be taken seriously, and the bronze in Beijing wasn’t a fluke.

Craig Ramsey and Miroslav Satan who have led the National team in recent years have transitioned into a faster paced team. It’s really worked bringing the team into the spotlight, and the 2022 draft showed it.

What is Chicago Doing?

The ESPN draft broadcast bragged about how Chicago was making great moves to acquire first rounders. They started the day without a pick in the first round, and ended up getting three.

Their first trade they got pick number 7, number 39, and a 2024 3rd rounder to Ottawa in exchange for Alex DeBrincat. While they may have gotten the first and second rounders, the most you’re going to get with that first is a player that is just as good as guess who… Alex DeBrincat. The situation in trying to get him signed must’ve been quite bleak. He’s not a player that can just be replaced, Chicago should’ve moved the sun and moon to keep him.

They then traded Kirby Dach to Montreal for the 13th overall pick and the 66th overall pick. This trade isn’t as bad as the DeBrincat one. I just think it’s still really early to move on from Dach. He’s a young player that seems to have had a career ravaged by COVID.

Their third first rounder was acquired from the Leafs. Chicago acquired Peter Mrazek and pick 25 in exchange for pick 38. An easy way to look at the trade was that Chicago moved up 13 spots in exchange for taking on Mrazek’s 3.8 million dollar cap hit. Chicago got fleeced in this deal, and the fact they have a new and young management team showed.

This draft was actually really fun to follow. But the offseason is just going to get better, the next week or so should have a bunch of trades and that’ll bleed right into free-agency.