The NHL Is Ready To “Return To Play” 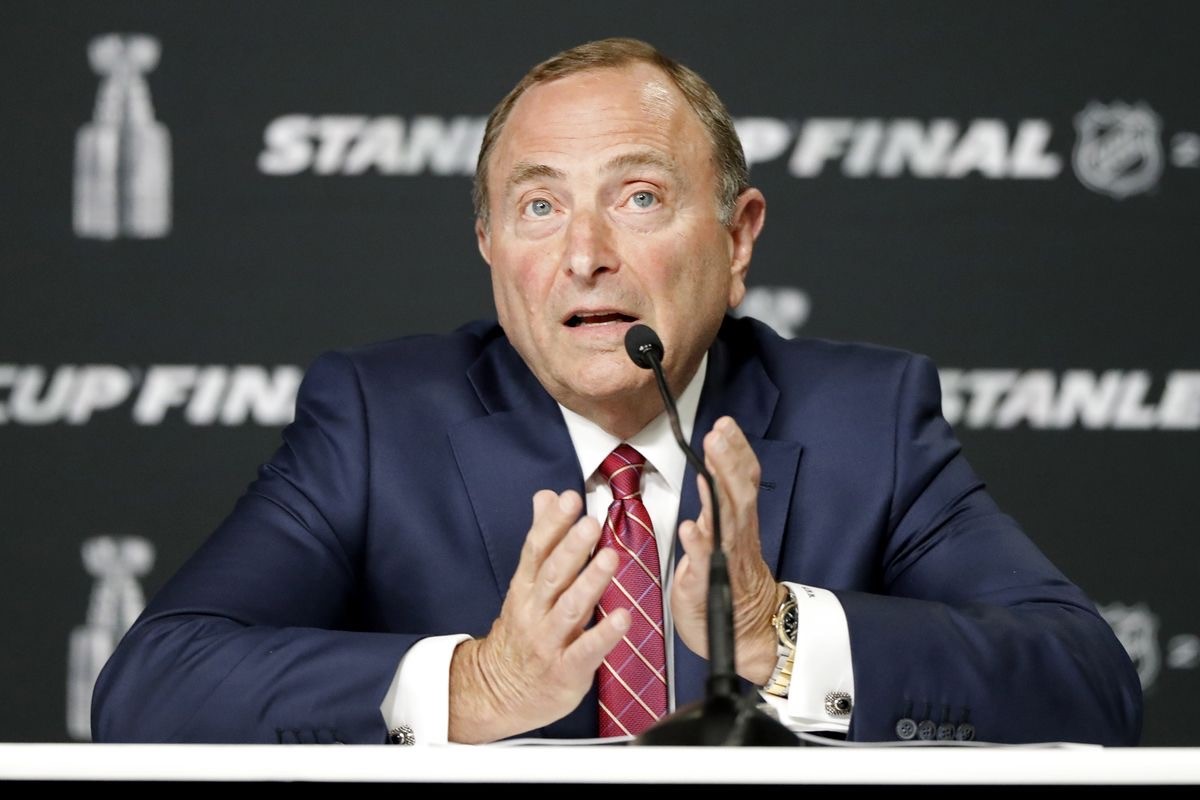 While it may be a small step, it is indeed a step towards normalcy, or what could actually be considered normal in the society we now live in. NHL Commissioner Gary Bettman had a televised statement and a zoom meeting with the members of the media today to let everyone know of the league’s Return To Play plan. And while there were still questions left after all was said and done, the feeling about the National Hockey League returning to complete the 2019-20 season is positive.

The league has provided a 4 phase plan as to how they will approach the rest of the season. They are currently in Phase 1. This states that 24 of the league’s 31 clubs will resume play when deemed ready. The 2019-20 regular season is complete. The top 12 teams, based on percentage of points earned in games played by that team at the time of the pause on March 12, from each conference will take place in a postseason. There will be 2 hub cities (that will be announced at a later time) that will host the postseason, with one city hosting each conference. Each hub city must have secure hotels, arena, practice facilities, and in-market transportation.

Phase 2 will take place in early June and will focus around the teams returning to their home facilities for voluntary, small group on and off-ice training. These on and off-ice training sessions will be limited to 6 players involved at one time, and will be available to players only. The only staff permitted will be medical/training staff to tend to players with ongoing disabling injuries, or players with non-disabling injuries. Coaches will be able to observe on-ice sessions, but will not be allowed to participate in them. Phase 2 also deals with self testing, temperature taking, and social distancing rules, among other like rules.

Phase 3 will involve a full training camp for the 24 teams that will resume play in the postseason at their facilities.

Phase 4 is the playing of the postseason games. There are 10 cities that are finalists for being hub cities, which include Chicago, Columbus, Dallas, Edmonton, Las Vegas, Los Angeles, Minneapolis/St. Paul, Pittsburgh, Toronto, and Vancouver. While the ultimate destinations haven’t been decided, final determination will be based on Covid-19 conditions, testing availability, and government regulation.

Teams ranked 5-12 will take place in the “Qualifying Round”, which will be a 5-game, playoff overtime format series. In the East, the matchups will be:

And in the West:

What has not been determined yet is how everything will be aligned after the Qualifying Round. The two options are the normal formatted reseeding (teams are reseeded after each round and the highest seed will play the lowest seed and then trickling down) or a straight bracket-style tournament (similar to the NCAA College Basketball Tournament). That will be determined by the Return To Play Committee. Also still to be determined is whether the 1st Round and 2nd Round will be 5 or 7-game series. The Conference Finals and the Stanley Cup Finals will be best-of-7 series.

Bettman and Daly followed up the broadcasted announcement with a zoom conference with members of the media. Some notes from that conference:

We are slowly inching towards seeing the first North American major sports professional league putting their product back into reality. It’s something, with the uncertainty of the other sports at the moment, that the NHL can use to bolster its numbers across the board. It’s also something that we need as sports fans. Let’s hope that this all comes to fruition.