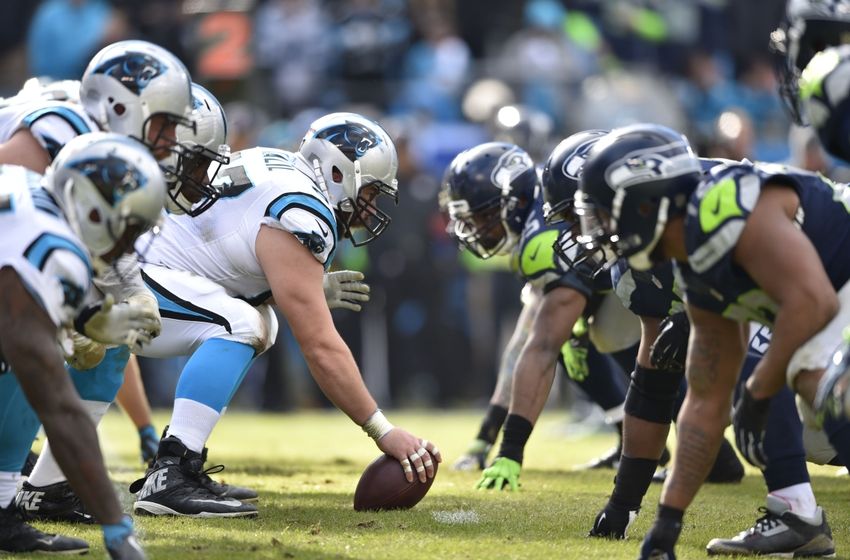 The offensive line is one of the most crucial positions in all of football. The O-Line is supposed to protect the quarterback, create gaps for the running backs and give the quarterback time to pass the ball. However, fans tend to complain that their respective team’s O-Line is bad or just downright terrible, but what constitutes a bad offensive line and do these fans know what they’re talking about?

When the ball is snapped and the quarterback is dropping back for a pass, it isn’t uncommon that they’ll hold the football for roughly two and a half seconds before throwing it. That’s also around the time the offensive line will start to collapse and that’s when the quarterback falls under pressure and either gets hit or sacked. There are some quarterbacks who tend to hold the ball a little bit longer than that though.

When a quarterback holds the ball for too long, typically the offensive line can’t hold up and that is what leads to sacks, hits or scrambles and those which lead to bad passes or turnovers. Those three things are what combine for people to say that their team’s O-Line is bad, but more often than not, it isn’t the O-Line’s fault, it is the quarterback’s fault for holding onto the ball too long.

One such example is the Carolina Panthers. Quarterback Kyle Allen typically holds the ball for 2.73 seconds before releasing the ball. The offensive line allowed 58 sacks, but only 101 quarterback hits. While those numbers are relatively high, the quarterback hits aren’t even top five in the league, meaning more often than not the hit resulted in a sack. If Allen was able to release the ball even .2 seconds quicker, those numbers would be much lower. The Panthers O-Line is doing its job, but the slow release is what causes the line to break down.

While time to throw is very much a big part of an O-Line’s success, on the other side of the ball there is the defensive line. Players who line up on the defensive front are becoming a lot faster, stronger and overall more athletic those on the offensive line, which is another thing making it tougher for the O-Line to succeed and hold up long enough for a quarterback to hold the ball for upwards of three seconds.

When the offensive line does eventually break down and that does lead to an unwanted turn of events such as a sack or turnover, it is a lot easier to blame the line than the quarterback, but even elite players recognize their offensive line’s talent. Panthers running back Christian McCaffery, who became the third ever player to have a 1,000 rushing and 1,000 receiving season bought his entire offensive line gifts for the work they put in to help him achieve that goal.

A lot of factors go into an O-Line breaking down, and it can be frustrating for fans, coaches, other players and anyone else affected, but at the end of each play, the offensive line is doing what it is supposed to do.