The Padres Are Still the Little Brothers 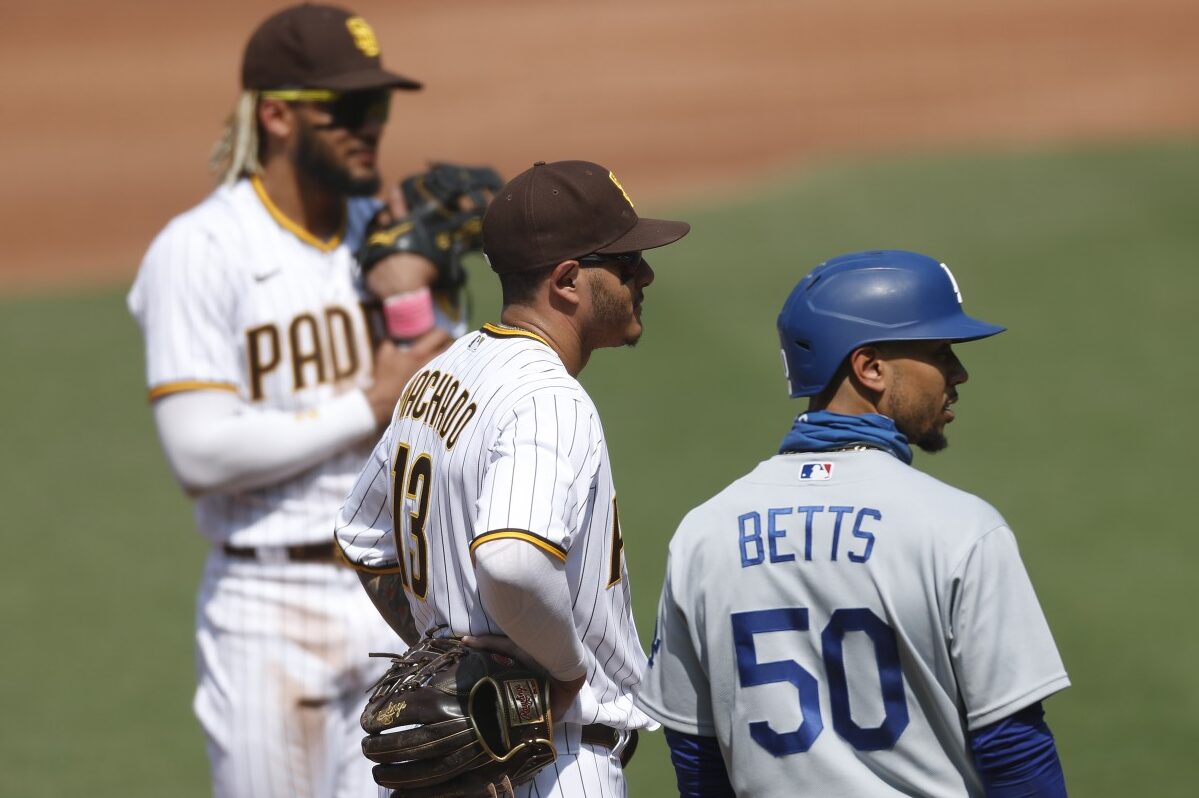 The Los Angeles Dodgers showed why they are the still “big brother” against the San Diego Padres in a potential playoff rematch.

The Los Angeles Dodgers eight game win streak ended Sunday afternoon. The Dodgers took the first two games of the series with the Padres winning the final game. Although the Dodgers won the series, there are still important takeaways from this match up. With playoff implications down the line in October, the Dodgers proved they still have San Diego’s number.

The Padres invested heavy into their roster this offseason, adding Yu Darvish and Blake Snell to strengthen the starting pitching. Not to mention that they locked in Fernando Tatis Jr. to a 14-year extension. They also signed infielder Ha-Seong Kim to a four-year deal, who was one of the most sought after international free agents. San Diego made all these moves in order to dethrone their rivals up north.

“It was a good series…I like the energy, I like the way we competed…we just got beat today,” Said Dave Roberts following Sunday’s defeat. “And that’s going to happen… Tonight, yeah, it felt like a rivalry tonight.”

One of the takeaways in the weekend series agains the Padres had to be the dominance of the Dodger Cy Young winners. David Price, Clayton Kershaw and Trevor Bauer all had terrific outings and showed why they’re still among the games best.

Walker Buehler opened up the series on the mound for the Dodgers in one of the best game this season thus far. However, Walker did not have his best game as the Padres hit off him four times, allowing two runs with four strikeouts in six innings. The relief pitchers following Buehler didn’t do much of a better job either. Treinen, Victor Gonzalez, Corey Knebel and Kenley Jansen allowed four runs in three innings for a Padres comeback that headed to extras. It wasn’t until Dennis Santana had himself a stellar performance in the 10th getting out of jam and striking out Tatis Jr. to end the inning. In addition, David Price made history for the Dodgers before putting the Padres away in innings. Price became the first Dodgers reliever with a win, 4+ strikeouts and an RBI in an extra-inning game since 1915.

“If it went into extra innings and they needed me to go out there, I was more than willing to do that. Bardo told me, probably in the eighth inning, ‘If this thing happens to go longer than nine, just be ready.’ And I was ready.”

Clayton Kershaw was nothing short excellent in his outing Saturday that had a drama to it. In the fourth inning Kershaw was jawing and pointing fingers at Padres infielder Jurickson Profar following a catcher’s interference call.

“That a (expletive) swing!

“Shut the (expletive) up!

Kershaw took exception to Profar’s swing saying, “that was not a big league swing.” The concern from the swing was that Profar swung down at Austin Barnes glove which could have injured Barnes in the process. With all that said, Kershaw threw for six innings allowing only two hits and eight strikeouts in a dominant outing.

Trevor Bauer proved yet again why he deserved all the money he received by the Dodgers this offseason. The reigning NL Cy Young winner had another strong outing Sunday throwing for one earned run on three hits and one walk to go along with seven strike outs in six innings. Although the Dodgers lost, Bauer was not a factor in the defeat. The only time the Padres did damage against Bauer was after a Jake Cronenworth homer in the fourth inning. Moreover, Bauer had himself his shortest outing Sunday as well as the fewest strikeouts thrown thus far this season.

The clutch performances by Corey Seager, Santana and Mookie Betts proved to be the most crucial this weekend.

After Jorge Mateo was hit by a pitch in the bottom of the 10th with the scored tied at six, tempers began to flare between the NL West rivals. Instead of backing down to Mateo, Santana did the exact opposite and walked towards with some words. Benches then cleared although nothing extra curricular occurred. However, it wasn’t until the bases were loaded and a face off against Tatis Jr. where Santana left his mark. Going against one of the best up and upcoming players in the big leagues, Santana went at Tatis Jr striking him out and getting the Dodgers out of jam to end the inning.

Corey Seager made another claim as an early MVP candidate after a go-ahead two-run homer in the top of the 10th inning Friday night. Although the home run was Seager’s only hit in the series, it came at a crucial moment in a classic game. I could argue that it took a mental toll against the Padres due to the fact that they clawed their way back and still ended up losing.

And without a doubt the top play for the Dodgers this weekend has to be Mookie Betts’ game saving diving catch. Replacing Cody Bellinger in center field who’s out with a hairline fracture in his leg, Betts came up big when it mattered most. With two outs and runners on second and third in the bottom of ninth, Padres’ Tommy Pham hit a line driver towards the gap that would have won the game. Instead Mookie turned on the jets and made the spectacular grab saving it from touching the grab within centimeters.

Battle of the Bats: Softball versus Baseball
A Season Of No-Hitters And Dominant Pitching