The Philadelphia 76ers and the Lack of Even Games 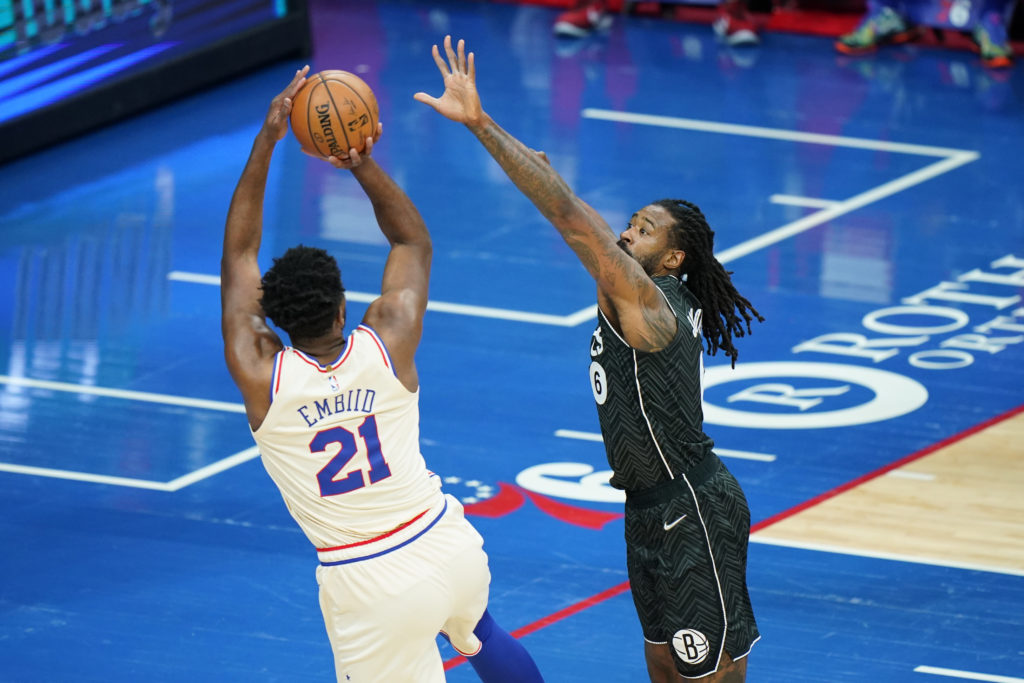 The Philadelphia 76ers took care of business last night, blowing out a woeful Houston Rockets team 135-115. The 76ers need to be blowing out these teams, and it’s never a guarantee. They were taken to the limit against the San Antonio Spurs and the Chicago Bulls, with both teams missing their best two players.  With that win they moved two games clear of the Brooklyn Nets for the one seed. The Nets are really feeling the tough schedule now having lost three straight, just like the 76ers did in their four game losing streak earlier in April.

Oddly enough, playing healthy teams, or being healthy themselves, has eluded them immensely this season. It’s not an attempt to dodge or anything, but the 76ers have been shockingly unable to play meaningful games where two good teams are at full strength. This lack of even competition could come into play come playoff time.

Looking at the 76ers against playoff teams, occasions where both teams are able to field all their starters are scarce. In the first twenty games, where teams should be their healthiest, the 76ers played 12 teams that are currently ranked eighth in their conference or higher. Covid-19 complications played a factor, as did injuries, but the 76ers and their opponents only fielded full starters 4/12 times. Three of those were within the first seven games, against the New York Knicks and the Charlotte Hornets twice. Both of those teams improved significantly as time went on. The other was against the Los Angeles Lakers, a very good win. The 76ers also won all four of those games.

For the eight games where the teams were missing people, they went 4-4. Their four wins were the Boston Celtics twice without Jayson Tatum and the Miami Heat twice without Jimmy Butler and Bam Adebayo. The 76ers were also missing at least one starter in three of four games, but Joel Embiid and Ben Simmons played in all four. For their losses, they lost to the Brooklyn Nets without Kyrie Irving or Kevin Durant (they were only missing Seth Curry), the Denver Nuggets without Michael Porter Jr. (the 76ers only had Danny Green of the starters), the Atlanta Hawks (Embiid and Green were the only Philly starters) and the healthy Memphis Grizzlies (the 76ers were missing Embiid).

4/12 in the healthiest part of the season is a bad start. As for how the Sixers did in those games, the 4-0 in even games is good, and most of the losses were fairly excusable except the Nets.

There were only nine games against playoff teams this time, and the percentage is still quite low. The 76ers played just two even games where both teams were fully healthy, splitting them 1-1. They lost to the Phoenix Suns and beat the Utah Jazz. Those two teams are currently the top two teams in the NBA, so that’s not a bad split at all.

For the remaining seven games, the 76ers went 4-3. They beat the Hornets without Terry Rozier, the Nets without Kyrie Irving or Kevin Durant again (they did have James Harden by this point) and the Dallas Mavericks without Kristaps Porzingis. The 76ers did have their starting five in those three games. Finally, they also beat the Knicks while missing Embiid, with the Knicks only missing Elfrid Payton. Clearly the 76ers were the more heavily affected team there.

For their three losses, they lost to the Portland Trail Blazers twice. The first game the 76ers were missing Simmons of the starters, but the Blazers were missing Damian Lillard, Jusuf Nurkić and CJ McCollum. In the second game, the 76ers were full starters, and the Blazers were still missing McCollum and Nurkić. The Sixers other loss was to the Jazz while missing Embiid and the Jazz missing Mike Conley.

So far the 76ers have only played against playoff teams with both teams at full strength six times out of 21 opportunities. The even strength Jazz win was great, as was beating the Knicks sans-Embiid, while both Trail Blazers losses were pretty bad.

It only gets worse here, with Embiid being out with a knee injury for most of these games. As a result, of the 13 playoff teams the 76ers faced, only one game came with both teams with full starters. That game was a win against the Celtics. The Celtics were technically missing Tristan Thompson but his role on the team is small enough that I personally don’t count it, but you definitely could. They had their core of Tatum, Jaylen Brown, Marcus Smart and Kemba Walker available for the game.

Now for the 12 games where at least one team was missing a starter. The 76ers went 5-7 in such games. They beat the Knicks and Lakers without Embiid, but while the Knicks were healthy the Lakers were missing Lebron James and Anthony Davis. For the other wins, the healthy 76ers beat the Mavericks without Porzingis and the Nets without Harden or Durant and the 76ers without Curry beat the Clippers who were missing Kawhi Leonard.

The last set of 20 featured the worst ratio yet. The Celtics game was a (pretty much) even contest and the Knicks win without Embiid were the only really solid wins, although the Celtics were slumping hard at the time. On a more positive note, they didn’t suffer any bad losses this time, as the healthy squads they faced would be a tough ask without Embiid or Simmons.

This set of games isn’t over yet, but the 76ers only face one more current top eight team the rest of the way, which are the Miami Heat. In the games they have played, the only playoff team the 76ers faced were the Hawks twice. The Hawks have been a mess of health, so determining their actual starters at full health is tough, but they were missing Bogdan Bogdanović in both (who has been arguably their best player since April) and Trae Young (their best player) in one. The 76ers on the other hand were pretty much full go in both, and the 76ers won both handedly. That’s another two for the uneven game column, bringing the total to seven even games and 29 uneven ones against playoff teams, for a low, low percentage of 19.4%.

36 out of the 66 games the 76ers have played came against a current top eight team in their respective conferences. Just seven were even strength clashes. Four of those were in the first 20 games. That’s not a lot. There’s no guarantee of health in the playoffs either, but the lack of true, competitive fights against playoff teams might be concerning when the games start to matter.

For the good news, the 76ers generally took care of business in those seven games. They went 6-1, with marquee wins against the Jazz and the Lakers, and their only loss was against the Suns, who could finish with the best record in the NBA.  They also beat the Celtics and the Knicks at full strength, both good wins, and then the Hornets twice. This was the Hornets before Lamelo Ball’s ascendancy though, so they were pretty average quality wins.

They never faced the Nets or Bucks with both teams at full strength, in opposite ways. The 76ers were never fully healthy against the Bucks and went 0-3, while the Nets were never healthy against the 76ers (Durant missed all three), with the 76ers going 2-1. Those should be the only teams that can really beat the 76ers in the Eastern Conference. If one wanted to include the Celtics or the Heat, the 76ers swept the Celtics (only one game was even for both sides) and are currently 2-0 against the Heat (who were missing their two best players in both games). In other words, the 76ers haven’t really faced any of their Eastern Conference rivals on even ground.

The 76ers also had some bad uneven losses, losing to the Nets and the Trail Blazers twice who were both missing multiple key starters in those games. The 76ers were also missing some guys in those games, but Embiid played in all three and Simmons in two. Somewhat troublingly, the short-handed Sixers never really managed to punch above their weight. Their best wins while missing a starter were against the Knicks, beating them twice without Embiid. That’s it.

What Conclusions Can Be Drawn?

The lack of even game experience against the best of the best sucks, and it’s not really anyone’s fault. A shortened season, a global pandemic and the continued spread of resting players, along with a few good old-fashioned injuries all combined together to force this unfortunate turn of events. In fact, this might be the new normal as load management becomes more prevalent. The Nets, Lakers and Clippers also probably don’t have many games at full strength, which means even healthy teams like the Jazz, Suns and Bucks won’t have a ton more experience either.

The 76ers did well in even games, too. It’s a small sample size of just seven contests, but it’s at least somewhat encouraging to see come playoff time. A lot better than if they were negative in such games. Honestly, the biggest take-away is a troubling sign for the NBA at large. So many marquee games were lost this season, and there’s no guarantee they are coming back anytime soon.

Don’t Let Brandon Clarke Fall Out Of The Grizzlies’ Rotation
Kyrie Irving and Nets Fined $35,000 Each For Media Neglect