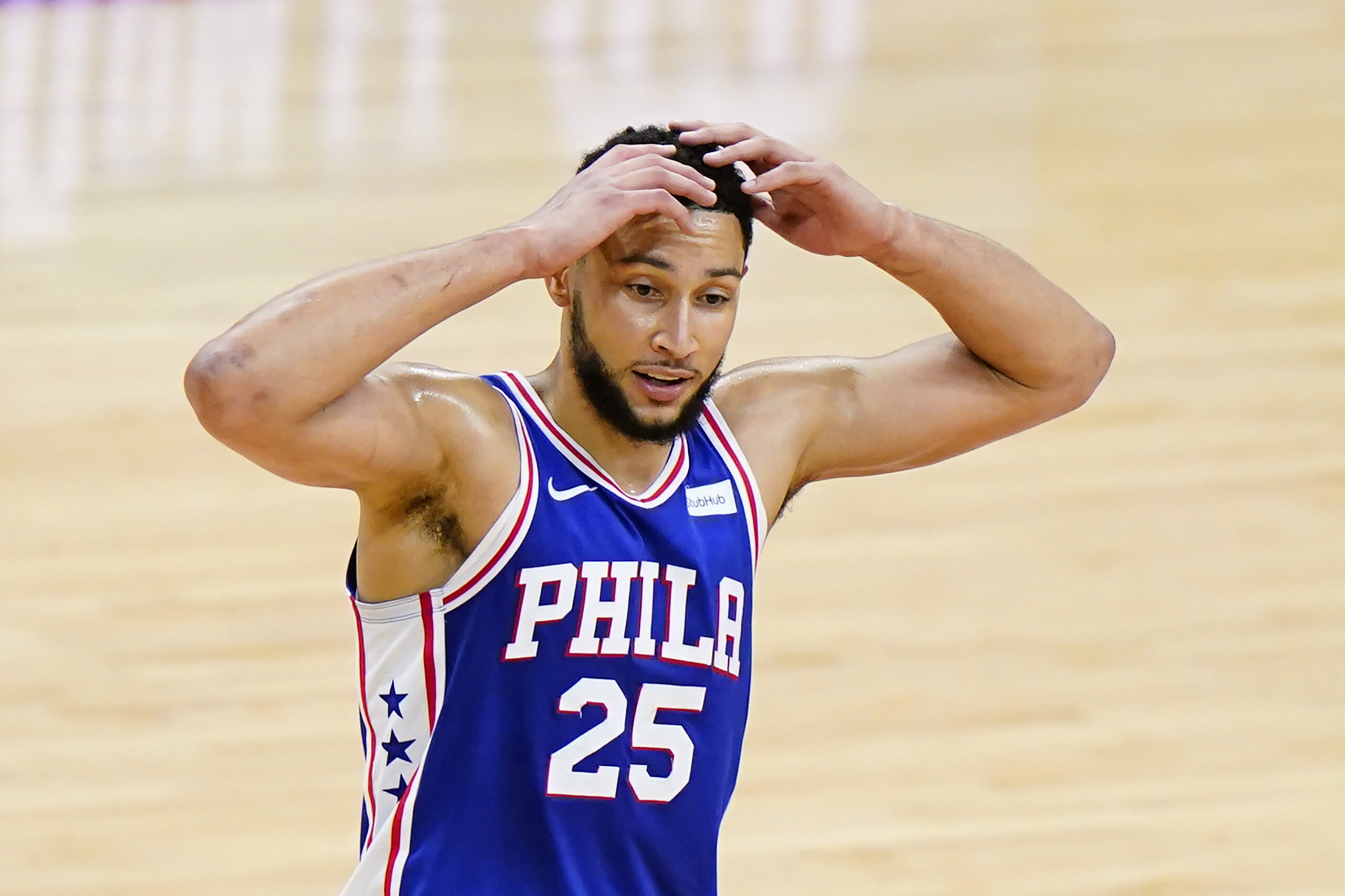 The offseason for the NBA is winding down, at least the time that has the most movement, and Ben Simmons has not been traded yet. More and more reports are coming out that the Philadelphia 76ers are currently resigned to the idea that Simmons will be on the team to start the year. On Simmons’ side, news broke Tuesday that Simmons has told the team he does not want to be a Sixer anymore and that he will not report to trading camp.

The plan to trade Ben stays the same, but it does change the timeline a bit. It seemed that Morey was going to wait into the regular season to deal Simmons, when his value could possibly increase. If he refuses to practice or play, that makes things difficult, and it tanks his already low value to near rock-bottom. Simmons could be protesting the vitriolic treatment he’s received since the 76ers were bounced from the playoffs. From Joel Embiid naming Simmons’ pass out of a dunk as the turning point for the loss, to Doc Rivers not backing Simmons as a player you could win a championship with, to fans constantly calling for his head and Daryl Morey aggressively shopping him the past year and a half, perhaps it’s not a surprise that Simmons is unhappy.

Given the recent news, it’s a shame that a deal couldn’t have been facilitated earlier. The only potential deal that was initially reported to be offered to the 76ers for Simmons was from the Indiana Pacers, who right away offered Malcolm Brogdon and a first round pick. That trade would’ve been a good one, as Brogdon fits on this team quite well and is in many ways an anti-Simmons, but it is still understandable that Morey didn’t want to take the first offer he saw.

Unfortunately, Morey seems to have set the asking price way too high. Multiple outlets reported that Philadelphia was looking for multiple first rounders and all-star caliber players in exchange for Simmons, which after his playoff fiasco was obviously a bit much. It’s a basic negotiating tactic to start high and work your way down, but there is such a thing as too much. Despite that, there was reported interest from both the Minnesota Timberwolves and Sacramento Kings, but no deal ever really came close to materializing.

Morey seems to have waited too long, but it does seem that no one wanted to give anywhere near fair value for Simmons. As much hate as he gets, and as much as he shouldn’t be on this team by the end of the year, Simmons is still very valuable. He’s just 25 years old, still extremely young. He’s made the All-Star game three times in the four years he’s played, as well as making an All-NBA team and two All-Defense teams (as well as being the Defensive Player of the Year runner up). If developed properly, he could end up a much more valuable star for a team like Sacramento or Indiana, who need to grow their talent from within due to a lack of free agent interest.

Simmons’ accolades in a vacuum paint a picture of a franchise cornerstone for many years to come. Everyone knows that due to his lack of scoring he isn’t actually someone you can build a franchise on, but that list of accomplishments is still no joke. If teams were offering chopped liver for Simmons, and it sounds like they were, it makes sense not to give in. There’s also the fact that Simmons’ value should actually go up once the season starts, if Simmons decides to play. The overall plan seemed solid, but Simmons’ new demands have thrown a massive spanner in the works. 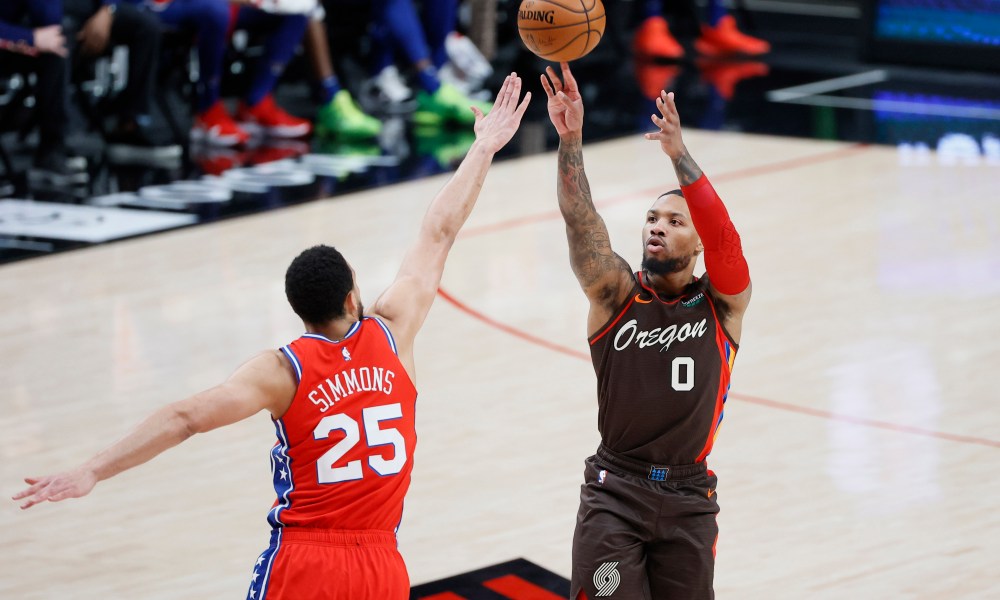 The NBA and especially its fans have a short memory. While it’s assumed 76ers fans have turned on Ben, a couple triple doubles to start the regular season will quickly silence the boo birds. There are no doubts that Simmons can fill up the stat sheet, especially in the regular season. A few good games will go a long way in erasing the memories of what happened against the Atlanta Hawks, and Simmons’ value will begin to climb again. Front offices will see his current talent, which is still quite high, and then also begin to salivate over his immense potential. Some coach will convince himself that they can fix Simmons, that they can get him to shoot, especially with how young he is. That’s when it would have been time to strike.

Not only that, but the two main targets in the Sixers’ eyes, Damian Lillard and Bradley Beal, will have had time to see their futures. If the Portland Trail Blazers start slow in a brutal western conference, an already disgruntled Lillard may see the light at the end of the tunnel. Beal and the Washington Wizards could do the same thing. Faced with an unhappy star, maybe those teams will give in and trade for Simmons who could be dominating in the regular season like he often does.

If Simmons sits out indefinitely, things get more difficult. The longer he sits, the lower his value goes. No team will want to trade for a malcontent willing to sit on a max deal, especially with the playoff series fresh in their minds and no regular season performances to cleanse their palettes. According to the Inquirer article, Simmons is more than willing to take the fines for sitting out training camp, although it’s unknown if that will extend into the season. Another factor is Simmons’ agent Rich Paul, who is increasingly the agent of choice amongst the NBA’s young stars. Fracturing the Simmons’ relationship could do the same with Paul, which could really hamper their ability to get free agents in the coming years.

The 76ers’ hands are tied at this point, and it’s hard to imagine what they could possibly get at this point if Simmons is really ready to sit out a long period of time.

The most important thing though, whether Simmons returns or not, is for the 76ers to not be fooled by the potential regular season smokescreen. Just like other teams may get bamboozled, it’s just as likely for it to happen to the Sixers themselves. They see the Simmons workout videos of him hitting jumpers. They’ll see the dazzling transition plays, the crisp passes into shooters pockets, the thunderous dunks and think, “let’s run it back.” Don’t. The Simmons and Joel Embiid partnership has run its course. This team as currently constructed will not beat the class of the Eastern Conference, no matter how good they are in the regular season, much less win the whole thing. Not to mention Simmons’ attitude, which has been less than stellar.

They were the first seed last year, and their starting five was the best lineup in the league. Until things mattered, and then it wasn’t. If the Sixers want to win a championship, they need to let another team put their eggs in the Ben Simmons basket. Simmons may find success somewhere else. After all, he is still one of the most physically gifted players in the league. It’s just time for the Philadelphia 76ers to let someone else foot the “potential” bill. With the most recent news however, the value for Simmons tanks by the second. What was once a centerpiece for a James Harden trade, Simmons may not return much more than an average starter and a pick, or even less. Still, Simmons is becoming more poisonous by the second, and sometimes you have to bite the bullet. If only they could go back in time and take Brogdon.