The Philadelphia 76ers Move On 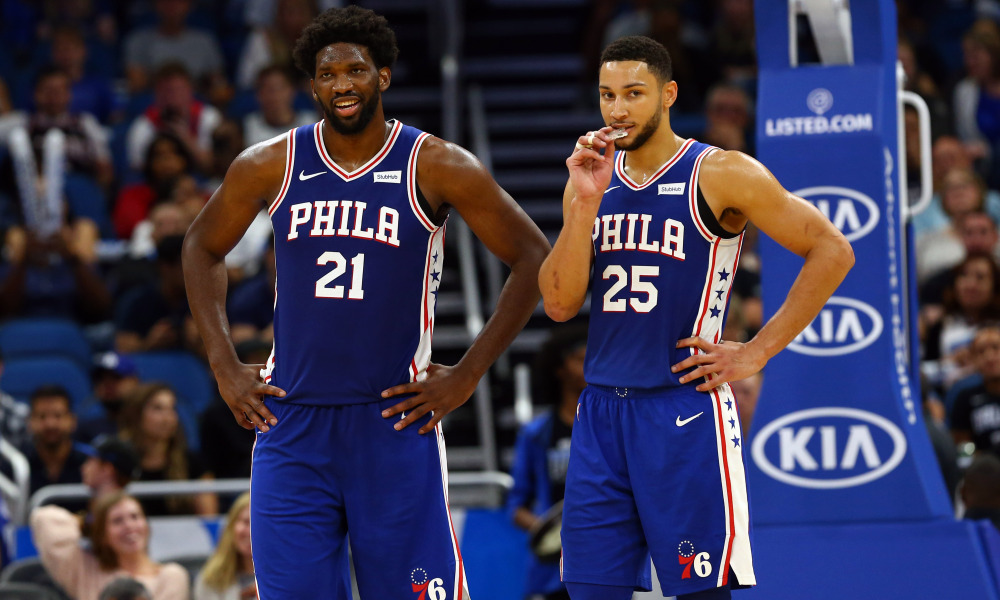 It wasn’t without its drama, but the Philadelphia 76ers closed out their first playoff series over the Washington Wizards on Wednesday. Without star center Joel Embiid questions were asked of the other Philly stars and they answered them emphatically. Tobias Harris had his usual efficient night, scoring 28 points on 53/40/80 splits. Ben Simmons silenced haters by posting an efficient triple-double, scoring 19 points to go along with 10 rebounds and 11 assists, as well as getting a steal and two blocks. More importantly, he was 5/8 from the line. To be clear, those aren’t amazing numbers, but they are good enough that you can’t hack Ben and get away with it.

This is all great news and it helps assuage some serious concerns that the last game brought up. The best part about it is it gives some time for Embiid to rest. Sixers doctors announced Embiid was day-to-day with a minor meniscus tear. That led to rampant speculation about how injured he really was, whether it was a smokescreen to make teams prepare for him and he was really hurt, or if Embiid was pretty much fine and could go now if needed. From all accounts, the real situation is closer to the latter. Embiid was spotted warming up before Game Five against the Wizards without any sort of large brace on his leg. Of course, they ended up not needing him, but it’s a very encouraging sign.

Heroes of the Series

Tobias Harris was the MVP of the series. He led the team in scoring with 25 per game on 51/38/90 splits, a far cry from his pathetic first round in 2020 against the Boston Celtics where he scored 15.8 on 38/13/79 shooting. Harris’ turnaround has been one of the most incredible things about the 2021 Sixers. Harris’ best performance was when he put the team on his back in game one, scoring 28 of his career high 37 in the first quarter to keep them in the game.

Simmons was close to averaging a triple double in the series with 14.8 points. 10.2 rebounds and 9.2 assists on the series. His only really bad game was game four, just like Harris. Honestly it’s incredible that game four was as close as it was considering what happened.

Embiid was dominant, as his regular season suggested. He shot an absurd 64% from the floor for the series. If you remove the game where he got injured and only played eleven minutes, Embiid averaged 29 points on just 28 minutes per game. That’s over a point a minute!

Seth Curry deserves a shout out with his game five performance. He led the team in scoring with a career-high 30 points, including Philly’s first 12 points to start the second half.

Finally, Tyrese Maxey was a revelation in this playoff series. He didn’t play much at all in the first three games, but games four and five Maxey had a big role and may have supplanted both Shake Milton and George Hill as the first name off the bench. He was one of the lone bright spots that kept them in the game in game four, and scored six straight points in the second quarter of game five that allowed the 76ers to keep pace. For a rookie to be getting this many minutes and touches is special, and the world may be witnessing the birth of the next star in the NBA.

The 76ers will now face the Atlanta Hawks, who also dispatched the New York Knicks in five games. That was a bit unfortunate for the Sixers, as a longer series would have given Embiid longer to heal up. As it is, game one of the series will be on Sunday, June 6th.

The Hawks are a good team no doubt. They have a plethora of guys that can score at will, led by the dynamic Trae Young, who put up 29.2 points per game in just his first playoff series ever. Don’t let their record fool you either, as the Hawks went 14-20 in the first half of the season before firing their coach and finishing the season 27-11. For reference, the Sixers also went 27-11 in that same span.

Philly went 2-1 against them in the regular season, and the two Sixers’ wins were back-to-back in the latter part of the season when the Hawks were actually good. Both games were blowouts, but in all honesty there isn’t much relevant data to take. In the first meeting, which was the Hawks win, the Sixers were missing five of their top ten guys including Simmons, Harris and Curry, and in the other two games the Hawks had a similar level of unavailability.

One aspect we can possibly look at is the Hawks’ record against the Wizards. They played twice at the end of the regular season, and both teams were chasing important playoff spots so they were going all out. The Hawks did take both games, but they were extremely close, with the first game ending 125-124 and the second ending 120-116. This was with a relatively full strength Hawks team (just missing De’Andre Hunter, who missed almost the entire second half but is back now) and the Wizards missing their best player in Bradley Beal. Extrapolation is a dangerous game of course, but it’s something to look at.

The Hawks have a strong duo down low with Clint Capela and John Collins, and it’s likely that Simmons will take the starting “center” role on defense with Embiid out like he did in the last game against the Wizards. That means he won’t be available to take on Trae Young, meaning Matisse Thybulle will be critical in stopping him, especially if Thybulle starts again. Thybulle is one of the best perimeter defenders in the league, but if he has one weakness as a defender it’s committing fouls. Trae Young on the other hand is one of the best players at drawing fouls (T-3rd with Zion Williamson in free throws attempted per game) and making free throws (88.6% this year).

Still, looking at these teams purely based on current talent the 76ers are better, but the question is how much better, if at all, without Embiid. It’s hard to know what Embiid’s timetable is. The most likely plan is caution. One strategy that has been floated out there has been (assuming Embiid is able to suit up at any point) to keep Embiid out until the Sixers drop a game. Perhaps they can stretch that to two losses if they take one of the first two games, but it’s all going to depend on how the Sixers look. This game five performance against the Wizards was a good sign that the 76ers can be competitive with most teams even without their MVP.

The 76ers are looking ahead, as a healthy-as-possible Embiid is a must to have a chance against the Brooklyn Nets or the Milwaukee Bucks. We saw the 76ers sans Embiid against the Bucks three times in the regular season and it was not pretty. The pressure is on for Simmons and Harris to buy time for Embiid to come back. They’ve proved capable of doing so, and the Hawks are not some unstoppable juggernaut. Game one at home will be a tone setter. Win and the 76ers can feel comfortable playing without Embiid, opening up their options dramatically and increasing their chances at the finals. Lose, and Embiid could be forced to play, putting the whole playoff run at jeopardy.

Schröder Mind Made Up on Leaving LA?
What To Know About The Bucks vs. Nets Series