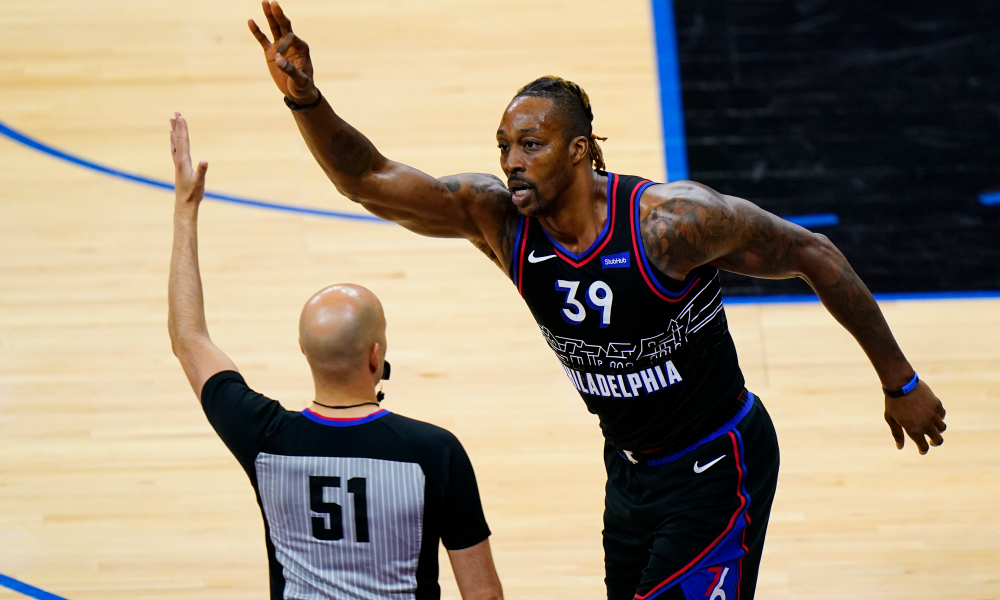 The Philadelphia 76ers kicked off their playoff campaign well with a game one victory over the Washington Wizards. It may have been closer than some had hoped, with Philadelphia winning 125-118 and the score coming as close as five points with 1:30 left to go. Overall, Tobias Harris was the hero, scoring a game high 37 points, with 28 coming in the first half. Without that this game would have been a run away blowout for the Wizards due to Joel Embiid’s foul trouble. If people were wondering whether Tobias Harris’ renewed regular season form would carry over to the playoffs (where he struggled immensely last year) he answered that emphatically. Harris was magnificent, scoring at will in all kinds of ways. This isn’t an article about how good Harris was though. It’s about Doc Rivers and his playoff rotation.

Coming into this game there was a lot of discussion and speculation on how deep Doc’s rotations would go. There were more fears than anything, with Doc sticking stubbornly to his all-bench lineups all regular season. Doc continuing with that strategy in the playoffs was a possibility, but thankfully that was put to bed in this first game. While Doc did end up playing eleven players, Furkan Korkmaz only saw five minutes and Tyrese Maxey saw just seven. This was really more of a nine man rotation, which puts it in line with Rivers’ teams in the past.

Despite Maxey playing well to end the season, it’s not a surprise to see him play nothing more than a bit part. For Korkmaz, this was a game where they needed Thybulle’s defense more than they needed Korkmaz’s offense, which is probably why he saw very few minutes in this game. That will most likely stay the same throughout the series, as the duo of Bradley Beal and Russell Westbrook calls for someone like Thybulle over Kork.

76ers fans were delighted (sorry if this was too mean) to not see Mike Scott despite some foul trouble to bigs. The 76ers went very thin with their bigs, going with just Joel Embiid and Dwight Howard at the center and basically just running Tobias Harris at the four.

All the starters were over 30 minutes, with Tobias Harris and Ben Simmons leading the way with 38 and 37 minutes respectively. It was a close playoff game, so that’s no surprise at all to see them with heavy use. Joel Embiid probably would have been there with them if not for his foul trouble which limited him to just 10 minutes in the first half. This led Dwight Howard to tie George Hill with the most bench minutes with 18. In a normal circumstance that will most likely be lower. Speaking of Hill, even though his regular performances weren’t outstanding the 76ers knew what they had with him and he showed why he’s in the rotation. He ran the point when Simmons was out as expected and scored a solid 11 points.

Matisse Thybulle had the third most minutes after Howard and Hill with 14. This is one of his better matchups and he should see a solid amount this whole series. If Embiid was not in foul trouble, Thybulle would’ve been the first guy off the bench and he likely would’ve had the second most minutes behind just Hill. The Wizards don’t have a defense that requires extra offensive tools to unlock, but they do have an offense that requires a man of Thybulle’s skills.

After that was Shake Milton with 10. Milton was the regular season sixth man as he is the best bench player at creating his own offense. With Harris, Simmons and Embiid playing more minutes though that isn’t really as necessary, especially since they aren’t running all bench lineups anymore. Given that should be the case throughout the playoffs, the minutes ordering will probably look similar. Hill>Thybulle or Korkmaz>Howard=Milton seems about right.

The Lineups – First Half

One last facet of the rotation that needs to be analyzed are the lineups that came out. Due to the aforementioned foul trouble, we did see the dreaded (dreaded in a bad way) Howard-Thybulle-Simmons lineup early in the first for about two minutes. Howard was the first sub made at around 6:30 in the first quarter and Thybulle came for Green a minute and a half later. George Hill and Shake Milton came on soon after, meaning it was four bench players with Harris the lone starter to end the first. This is a lineup we’ve seen before and we’ve seen it succeed, although it didn’t do much this game. The lack of offense that lineup can have was apparent, as they were -7 in the three minutes they played together.

In the regular season an all-bench lineup finishes the first and starts the second, totalling around eight minutes straight. That didn’t happen in this game, with Embiid and Korkmaz subbing in at the quarter break when Harris went out. Embiid played as the sole starter for two minutes before the rest started cycling in, first Simmons for Milton, Green for Thybulle and lastly Curry for Hill after five minutes had gone in the second. Doc seems comfortable having Hill playing for Simmons OR Curry, and that versatility is part of the reason he’s on the team and why he played nine straight minutes.

Howard and Harris replaced Embiid and Korkmaz with seven minutes left in the half, and Maxey came in for Curry with two minutes to go to finish things off. For much of the regular season we saw Milton in that spot, but Milton struggling a bit at the end of the season and Maxey excelling all but forced Doc to give the rookie some playoff opportunities.

In this first half the only really abnormal or unexpected rotation was Howard playing 13 minutes to Embiid’s 10, but that is obviously due to the foul situation.

The Lineups – Second Half

The second half saw a more standard playoff rotation. The starters stayed in the game until there were four minutes left to go in the third quarter, with Thybulle coming in first. Surprisingly it was for Harris, but perhaps they wanted Embiid to carry the load with the bench in this half since he played so few minutes in the first. Spaced about a minute apart each, Hill then came on for Green, Maxey switched with Curry and Milton subbed out Simmons.

Embiid made way for Howard with 43 seconds left in the 3rd quarter, meaning there was actually an all-bench lineup for about two minutes. The lineup went even, and it’s a far cry from the 12+ minutes they used to get in the regular season. Harris came on for Thybulle to end that, again leaving Harris with four bench guys until Simmons came on for Maxey a minute and a half later. Hill was the last bench player to leave the court with six minutes left to go in the game besides some nominal switching at the end of the game between Hill, Curry and Green to try and get different mixes of offense and defense in the game. Again, this shows Hill’s valuable versatility, but it also wouldn’t be surprising to see Thybulle take this role (he often did in the regular season) where Thybulle subs in for Curry or Green to get that extra defensive punch on a possession by possession basis.

This game assuaged many fears about Doc Rivers and his stubborn rotation. For one, he barely used the all-bench lineups that saw so much time in the regular season. It seems like a clear plan to have Harris lead the bench, which also means keeping Embiid and Simmons together as much as possible. Doc also seems fine to go “small” when Harris isn’t available, as he elected to not play Mike Scott or Anthony Tolliver at all, leaving Embiid or Howard as the sole traditional big. That may be matchup specific for the Wizards, but it’s not like their projected matchups in the East feature many giant lineups either. Doc showed a willingness to adapt and change for the playoffs, which hopefully is a good sign. One of Doc’s biggest criticisms is his inflexibility, but it doesn’t seem to have come through in this game at least.