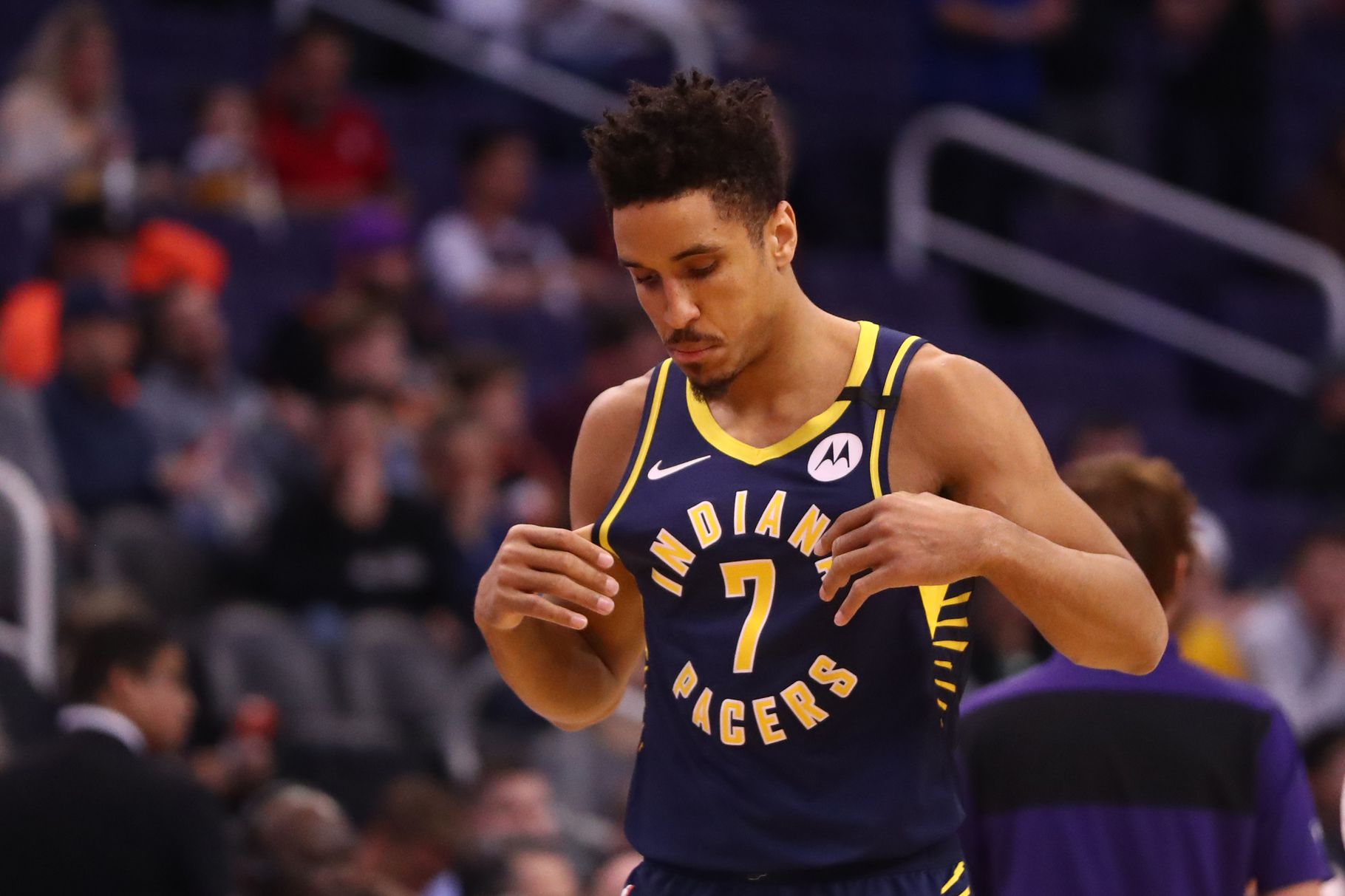 A few days ago Bleacher Report’s Jason Dumas reported that the Philadelphia 76ers had rejected a trade offer for Ben Simmons from the Indiana Pacers for guard Malcolm Brogdon and a first round pick. Of course Daryl Morey is going to do his due diligence and get the best deal possible, and accepting the first trade offer that comes his way wouldn’t be smart GMing. That being said, Malcolm Brogdon and a first is a very attractive deal, and if the 76ers end up settling on this original deal it wouldn’t be bad at all.

What Does Malcolm Brogdon Bring?

Interestingly, Brogdon is the opposite of Ben Simmons in multiple ways. Brogdon is a capable three level scorer, but is definitely more of a jump shooter than a slasher. He’s not particularly athletic, but is decently sized. Compare that to Simmons, who is a giant at the point guard position, an athletic freak but can only score from five feet and in. Brogdon also isn’t quite the playmaker Ben can be, especially in transition. For their careers, Simmons has averaged 7.7 assists per game to Brogdon’s 4.7. Brogdon has increased his assists recently however, getting 7.1 last year and 5.9 this year. That’s another way Brogdon differs from Simmons, in that he has actually improved his game year to year.

Brogdon has increased his scoring every year he’s been in the league, from 10.2 his rookie year to 21.2 this year, doubling his scoring production. He also has a 50/40/90 season to his name, an incredibly rare feat, although he hasn’t really come close to that since so that’s probably a fluke. Still, Brogdon’s career .466/.386/.887 splits are more than respectable, and he will definitely provide much needed spacing that Simmons simply could not. Adding another guy that can create his own shot efficiently is a really critical piece that the Sixers were missing, especially in crunch time. Brogdon scored his 20+ points while only having 38.3% of his field goals assisted in the regular season this year, a very low mark which is a good thing.

Brogdon has proven himself to be an elite scorer that is self -sufficient, able to make plays for himself and others to a decent degree. He’s a shooting threat as well, which fits in nicely with the rest of the 76ers squad and gives the starting line up (assuming it stays the same besides a Ben-Malcolm swap) three capable isolation scorers in Brogdon, Joel Embiid and Tobias Harris, and everyone in the lineup will be solid shooters or better for their position.

With Pros There Are Always Cons

Malcolm is significantly older than Ben, with this upcoming season being his age 29 season. Brogdon was quite old when he entered the league, but it is promising that despite his age he’s still managed to continually improve. Still, one has to imagine that he is nearing his ceiling as a player, especially since he is limited athletically. Ben on the other hand will be just 25 when the season starts and is one of the most physically gifted players in the league, but hasn’t shown that same level of improvement (or any improvement) year-to-year. Brogdon’s game should decline gracefully, but going from Simmons to Brogdon is undoubtedly making the team older.

Brogdon also isn’t a fantastic playmaker and passer, and profiles closer to a combo guard than true point guard which the 76ers need. Their lack of proper ball-handling outside of Ben was evident in the playoffs, and it did force them to play George Hill more than they probably wanted to. Tyrese Maxey and Shake Milton are also more score-first rather than pass-first guards, so that will definitely be an area of need if Simmons goes. While Doc Rivers’ offense doesn’t necessarily need a true point guard as he utilizes a decent amount of motion and a lot of dribble handoffs (and at least at third of the possessions boil down to dumping the rock to Embiid and letting him work) the 76ers will be missing an elite passing element in their squad.

Brogdon also isn’t a poor defender, merely average to slightly above-average, but that will be a pretty large step down from Ben Simmons’ All-Defense/near Defensive Player of the Year level play on that end of the floor. Even without Ben the 76ers have a number of capable defenders like Embiid and Matisse Thybulle, but anyway you slice it that’s a pretty major downgrade defensively. Seth Curry got abused by the Atlanta Hawks offense on more than a few occasions, and pairing him with Brogdon instead of Simmons isn’t a disaster defensively but it isn’t great either.

All in all, Brogdon’s fit on the squad is quite nice. Is it perfect? No, but perfection is the enemy of good. There’s no guarantee the perfect player is out there of the Sixers, much less readily available. Brogdon could very well be as good as you are going to realistically get. In this year’s playoffs, the 76ers  had a complete lack of spacing and perimeter scoring when Ben Simmons was in, and were killed by free throws one too many times. They also found themselves stuck in ruts offensively when Harris and Embiid were off their games. Brogdon solves all of those problems with his offensive output. He may be a worse defender and passer than Simmons, but Brogdon isn’t even bad at those things, and the extra spacing in the halfcourt could make up for any passing deficiencies he has compared to Simmons (who often struggled to find passing lanes outside of transition due to his lack of scoring threat).

Brogdon is older, but the 76ers have a limited window all predicated on Joel Embiid’s health, and it’s not like 29 is THAT old anyways. The fit is there, and not only are the 76ers getting Brogdon but they would also be getting a first round pick in addition. The 76ers have hit pretty well on their last two first rounders (Matisse Thybulle and Tyrese Maxey) and both picks were in the 20’s so they can get solid value out of it no matter where it ends up. Overall, Simmons for Brogdon and a first is already a pretty sweet deal for the 76ers. The Sixers don’t have to accept this offer right now, and Daryl Morey has got to send the feelers out (keeping Ben isn’t really an option to be clear), but this offer is a really good one to have in his back pocket.