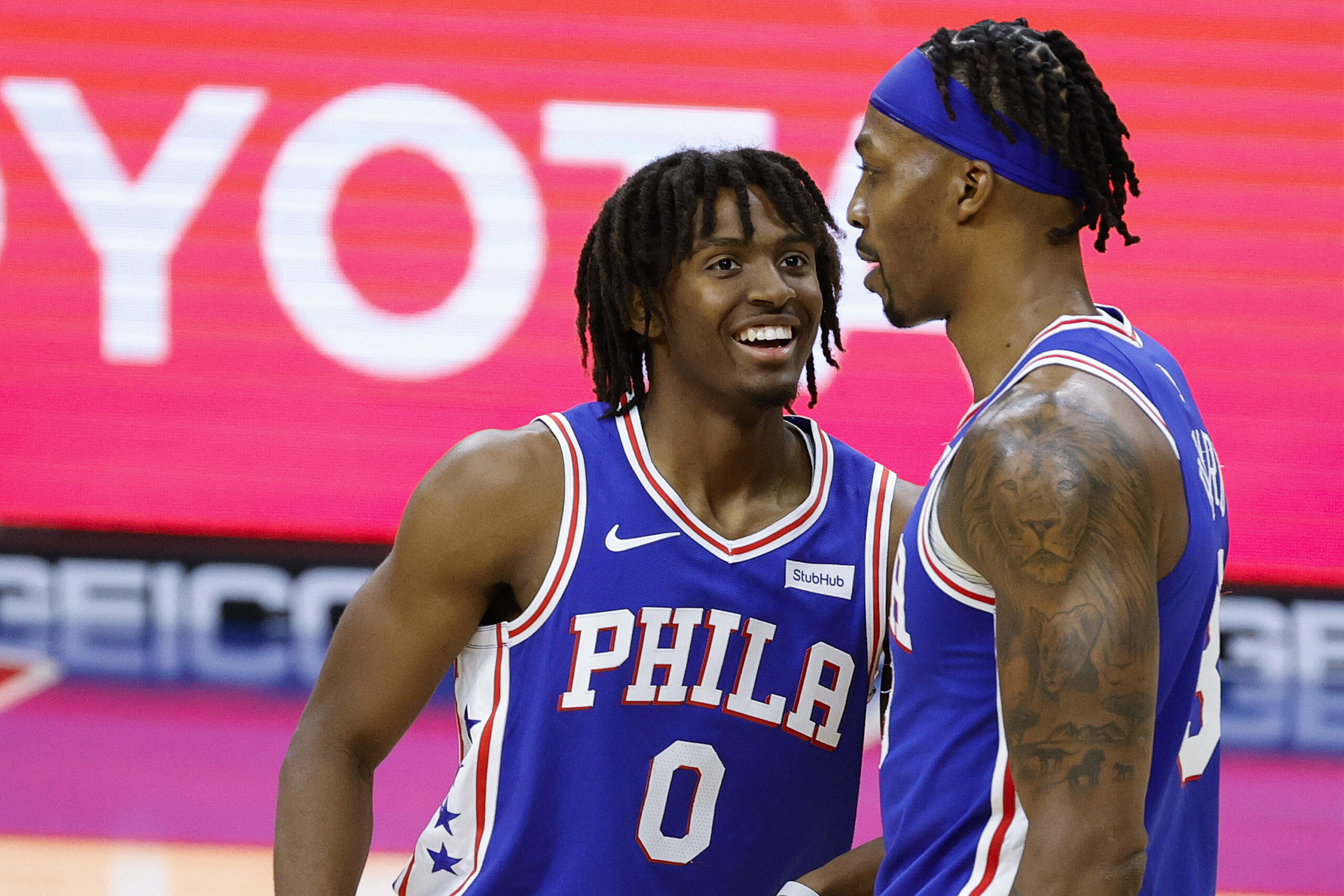 The Philadelphia 76ers have earned a 2-1 lead over the Atlanta Hawks, and they did it in a fairly dominant fashion. Bringing it to Atlanta’s home, the 76ers led the whole game, taking a 20 point lead into the 4th quarter and never letting it shrink to single digits from there. The starters have been magnificent. They have the highest offensive rating and the best net rating of any starting five man group in the playoffs (credit to Reddit user u/Scyther7415). This was a known quantity though. They were one of the best groups in the regular season as well, (still ranked first amongst lineups with a minimum of 400 minutes played) so it’s expected. Even in Game One where the Sixers lost, the starters all had a positive +/-. The difference in the two wins versus the one loss has been the bench.

In Game One, the all-bench lineup of Matisse Thybulle, Tyrese Maxey, George Hill, Dwight Howard and Furkan Korkmaz that was put out by Doc Rivers was shellacked to the tune of an instant 16-0 run by the Hawks. The 76ers never recovered and the game was lost. The only bench player that wasn’t below -10 was Tyrese Maxey at -9. They were outscored 23-35 by the Hawks bench. The lone bright spot was Furkan Korkmaz, who scored seven straight points in the 4th to cut the lead to 12. The lowlight was Shake Milton, who played 38 seconds, tripped and lost the ball on his first touch and went -2. Luckily for the 76ers, things changed, and they changed dramatically. The all-bench lineups may be gone, but the bench itself also began playing better.

Game Two didn’t start well for the bench either. In the first half they combined to go 0-6 from the field and scored 0 points. On the other side, Kevin Huerter and Danilo Gallinari off the Hawks bench were the only things that kept Atlanta in the game, carrying their side to a slight 55-57 deficit into halftime.

Then the Sixers’ bench woke up in a big way. Shake Milton went from a total zero (or -2 to be precise) to hero, dropping in 14 points in just 14 minutes. When Milton entered the game at the end of the third the Sixers were only up one point. By the time he left with three minutes to go in the 4th, the Sixers were up 16 and the game was all but over.

It was a heartwarming performance for Milton who’s struggles down the stretch really threatened to overshadow his Sixth Man of the Year level performance during the regular season. Tyrese Maxey had pretty much replaced him as the scoring guard off the bench, and now it seems to have reversed back in Milton’s favor. Either way, it’s a good dilemma for Rivers to have if both guys are playing well.

Game Three featured yet another hot bench performance from a totally different guy. This time it was Furkan Korkmaz’s turn to shine, another 76er that hasn’t seen much playoff time. He scored 14 points, 11 of which came in the first half. That set up the Sixers to unload on the Hawks in the third quarter and put the game out of reach. Korkmaz was a game high +24.

It wasn’t just Korkmaz though. Overall the bench scored 48 points (Hawks scored 32) and very few were in garbage time, as Rivers kept the starters in unreasonably late. Dwight Howard scored 12 points in just 13 minutes, going 4-5 from the field and the line, while Milton, Maxey and Matisse Thybulle combined to shoot 7-10 from the floor. Besides Furk (who got time with the starters when Danny Green went down) their plus/minuses weren’t that good, but the thing is they don’t have to win the bench war. They simply need to not lose and the 76ers’ starters will take care of the rest like they’ve done all year.

What Does This Mean?

Furkan Korkmaz or Matisse Thybulle make the most sense to take over for the injured Danny Green. Korkmaz if they want Green’s shooting, Thybulle if they want defense. So while one of those guys will be removed from the bench, they’ve both shown they can contribute heavy minutes in completely opposite ways if need be.

What’s important is that the 76ers backups are starting to become a strength, and that depth will be important against the remaining field. No matter how good the starters are, if the reserves blow it that can make things unsurmountable. With this team, holding on to at least neutral is a win. On the other hand, against teams that have weak benches like the Brooklyn Nets, the 76ers have shown they can win the bench game as well.

Milton, Maxey or Korkmaz can all add instant offense and score double digits. George Hill provides steady play and veteran savvy, and Thybulle can lock up anyone (if he can stay out of foul trouble). He’s also been pretty good offensively this series, finding open spaces inside. Dwight Howard has also been a fantastic backup center for Joel Embiid– when he’s on he’s still an absolute force in the paint, snatching boards and bullying his way to a few buckets.

With the way Philly is playing now, this bench won’t lose them games, and it can win some for them too. The Sixers starters have been dominant and have been so consistently. The bench goes through ups and downs, and their play will be critical in the games to come. Right now, they are showing they are absolutely up to the task.

“No Idea” If Kyrie Will Play Again vs. Bucks
AL East Weekly Recap: The Rays Expand Their Division Lead