The Phoenix Suns Are Ready to Shine 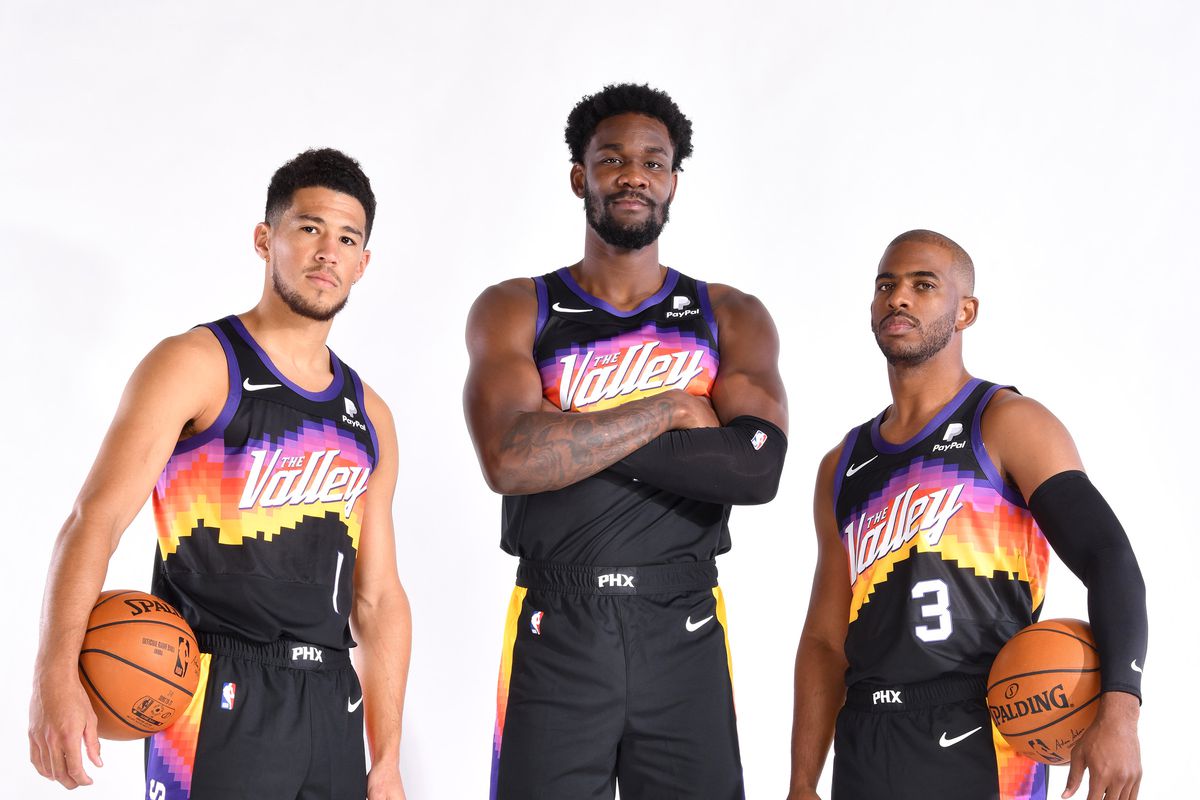 For NBA fans, the preseason is an exercise in motivated perception. Wins and losses don’t mean anything until we think they should. We downplay the bad things and extrapolate the good. We see what we want to see. So, when I say that the Phoenix Suns’ 0-2 start is more encouraging than it is concerning, you’re just going to have to trust me.

Despite back to back losses to the Utah Jazz, the Suns have justified at least some of the hype that has surrounded them this offseason. I know it’s easy for Suns fans to flinch at a pair of double-digit losses. “Here we go again” they may be thinking, but let me rekindle some of that excitement from the offseason. Let’s start with the obvious: it’s just really great to have Chris Paul on the team. He missed the first game and only played 18 minutes in the second, but his impact on and off the court has already been quite apparent.

On the court, he can still subtly manipulate a defense with the best of them. There was a stretch in the second quarter of Monday night’s game where Paul set up Deandre Ayton three times in a row for a wide-open dunk or roll to the rim. Paul could spoon feed Ayton 20 points a game without Ayton having to take another fadeaway 18-footer ever again (seriously, never again).

Off the court, he was holding office hours for anyone who was willing to listen. It seemed like during every timeout he would have a new pupil trying to study up. It’s not just him, either. Even though Jae Crowder hasn’t played yet, he’s been coaching guys up too. The hiring of Monty Williams was the first step to a much-needed culture shift in Phoenix. Bringing in guys like Paul and Jae Crowder just crystallized that change.

Also, before we move on, let’s just acknowledge that Devin Booker is a legitimate problem. Yes, I know that healthcare is a mess and that there are a lot of homeless people, but after those things, maybe some of the country’s best minds can get together to figure out how to not let him get any shot he wants. The rest of the NBA would really appreciate it, I’m sure.

The most promising thing to come out of the first two preseason games is the expansion of Mikal Bridges’ offensive arsenal. The league is starting to catch on to his defensive prowess, but Suns fans still hold out hope that he can become a two-way force. When asked about Mikal’s role in the offense, Monty Williams said, “I think it’s something that we have to grow. We need another option outside of Chris and Devin from the outside in.”

He’s averaged 14.5 points on 12 shots a game through two games after averaging 9 points on 6.5 shots a game last year. Some of that can be attributed to missing key rotation pieces. Although, the main difference from last year though is the types of shots he’s getting. While he’ll continue to thrive next to Paul with his spot up shooting and elite cutting abilities, Williams has been turning him loose on some pick and rolls and dribble handoffs to allow him to create his own shot.

He still has a ways to go in this department, especially as a playmaker. If he can prove to be a credible threat as a third ball handler, this offense has the potential to be top-five.

Yes, it hasn’t been all good. When the team loses by a combined 33 points in two games, there’s inevitably some bad that should be discussed. Ayton still has mental lapses on defense, and his aggressiveness on offense is non-existent. He gets pushed around and plays small. Rudy Gobert shut him down like he shut down the league in March. (I managed to get through this whole paragraph without mentioning Luka Doncic…Damn. So close.)

The backup guard situation is full of specialists, although none of their specialties happen to be running an NBA offense. That leads to the second unit getting a bit stagnant on offense, but Dario Saric’s playmaking should be able to give them a much needed jump start. If you like concerning stats, the Suns have given up a ton of free throw (68) and three point (80) attempts in the two games, but some of that is tired legs and empty lungs. That Utah elevation is no joke.

I don’t want to dwell too much on the negatives so they only get a couple paragraphs. I’m sure there will be plenty of other opportunities for me to overreact this season. The preseason is a time for optimism. The Suns haven’t lost a game that’s counted for 9 months. Let’s focus on that.

Yes, they will. And when they do, the rest of the league will take notice.

RECONSTRUCTED: A preview of the 2020-21 Philadelphia 76ers
Knicks’ Quickley Helps Knicks Get Second Win of Preseason