The Possibilities of a Nick Diaz Return 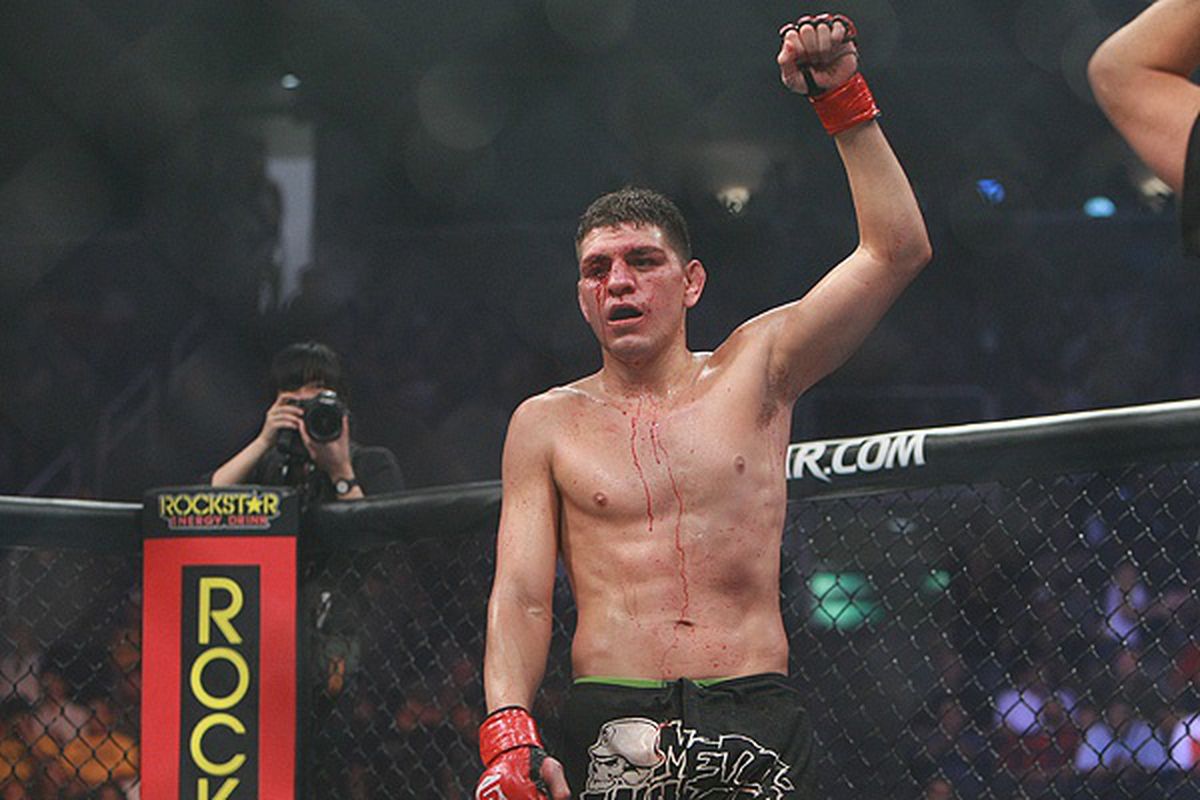 Nick Diaz is 37 years old and hasn’t fought in over 5 years. His last victory came in 2011 against BJ Penn, who also hasn’t won since 2010. Yet, the intrigue behind a Nick Diaz return is incalculable. It is enticing, exciting, and fascinating because of Diaz’s infamy. Now, with recent rumors about his return, Diaz has a multitude of options with all being potential money-makers or possible statement-making wins.

This choice is obvious. Diaz’s younger brother had his own rivalry with McGregor. Now, Diaz may look to start his own against McGregor. The fight would be massive in terms of sales and fan intrigue. Stylistically, it would be fascinating to watch since Nick is a volume puncher. His pressure and volume punching define him. McGregor’s precision would be put to the test as well as his endurance. It would be interesting to see them fight at welterweight or possibly catchweight because Diaz is bigger in size. Nevertheless, this would be the fight to make for both box office success and history reasons with Nate’s past fights with McGregor.

As another fighter who has a history with Nate, Masvidal would be a great opponent for Diaz’s return. His title loss to Kamaru Usman may have slowed his momentum a bit, but he is still viewed as a superstar and “BMF” for his willingness to always fight. With Nick being a bit different from Nate, this fight could be competitive. If Diaz is at his best, he could provide some problems with his pressure and volume. It would be a fun fight. Just like a potential McGregor fight, the lead-up would create great anticipation. If Masvidal would put his BMF title on the line, then it could raise the stakes for some. Still, it would be a fun fight to watch because of the history and clash of styles.

This one may not be as anticipated as the previous two, but it could be fireworks. It is no secret that Robbie Lawler has lost 4 straight bouts. Barring the controversial Askren fight, Lawler has looked like a shell of his former self. Therefore, it looks like this is the twilight of his storied career. For Diaz, a fight after a 5-year hiatus at 37 years old is risky. He could be incredibly rusty, but Diaz is not the type to care about rust. He will implement his style. Hence, a fight against Lawler could be the type of fight to send him off before he calls it quits. Lawler is still dangerous, and the first meeting between the two still lingers. It is one of the best knockouts of all time, and this one could be a nostalgic punch for fans.

A fight for the jiu-jitsu purists. Diaz is a 3rd degree black belt, and Maia is a 4th degree black belt. The chess match between the two would be incredibly entertaining as they are both dangerous, sharp, and intelligent on the ground. It is possible that Diaz may use his boxing against Maia, but if the fight were to go to the ground, it would be amazing to watch. With Maia indicating that he may retire next, it would be fitting for him to fight a returning Diaz. Instead of being thrown against a young contender, Maia could fight a returning legend. For Diaz, it is chance to fight a ranked contender and living legend of the sport.

A fight with “Wonderboy” Thompson would be a stellar clash of styles. Diaz’s volume style of boxing going up against Thompson’s karate/distance management. With “Wonderboy” looking from the outside for title contention, this bout could help his stock by adding a big name to his resume. For Diaz, it is a stiff test and a clash of styles. He could prove to the world that his age and hiatus have not minimized his skills.