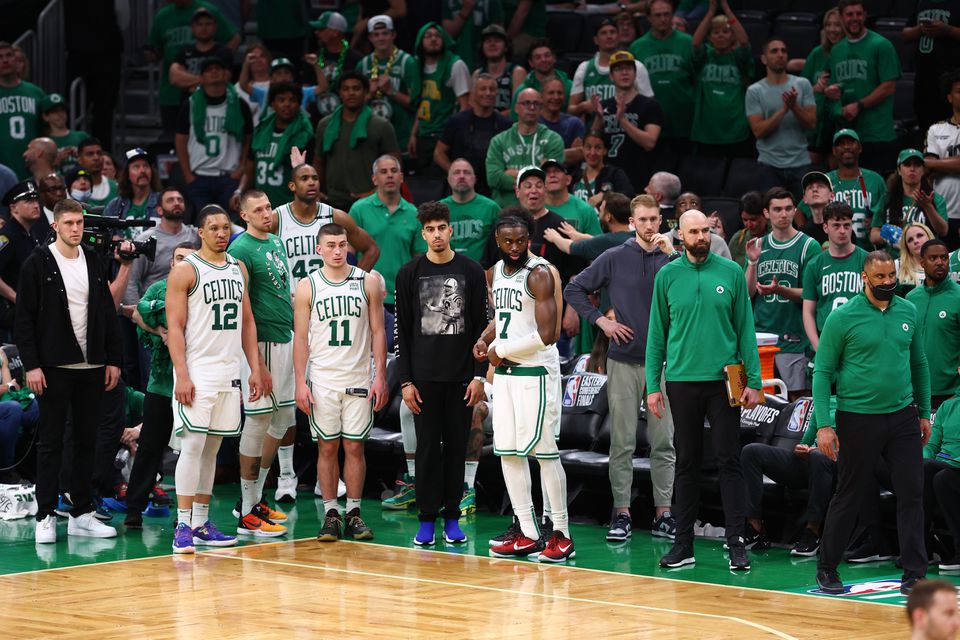 After what is arguably the best mid-season turnaround in league history, the Boston Celtics willed themselves to the NBA Finals, where their season was cut just short by the Golden State Warriors. The depth of the Celtics roster was one of the key factors in their historic playoff push. To be able to bring young players off the bench like Grant Williams and Payton Pritchard and contribute in a way that fits Ime Udoka’s schemes, will always be a recipe for success. The late addition of Derrick White from San Antonio helped the number 1 defensive team get even stronger, posting a 109.4 defensive rating in 26 games with Boston.

With the newly acquired Malcolm Brogdon and Danillo Gallinari, Coach Udoka will not be timid in giving the new players minutes right out the gate. This leaves many questions, for what was a very slim bench in the second half of the season and through the playoffs. How will the core bench guys of last season fit into this new look rotation?

Let’s dive back into the Celtics bench production during the playoffs. Boston’s bench averaged 13 minutes per game, second to last of all playoff teams. While the Celtics have one of the best starting 5’s in the league, the bench needs to be active for the stars to be fresh in crunch time. It was one of the reasons the Celtics fell just short of the championship. The bench was also abysmal shooting the ball all playoffs long. Ranking in the bottom 3 of all playoff teams in points, field goals made, field goal %, and rebounding. And to think they were two game short of a championship…

The ultimate question is how all of these pieces will fit together next season. We will not know whether Malcom Brogdon will be a starter or not for this team, but most reports are saying could be placed in the 6th man role to start the season. That leaves 3 guards coming off the bench in Brogdon, White, and Pritchard.

Derrick White is still an important piece to this rotation. Marcus Smart and Brogdon are two hardnosed defenders that are bound to get banged up now and then. White is the guy that can keep the ship afloat, weather it is coming off the bench or getting an occasional starting role when the injury bug comes. His size as a guard gives the Celtics consistency at that position, with their top 3 guards all being at least 6’4”. White’s role on this roster should remain steady seeing around 20 minutes per game. Keeping him fresh on the bench for when Smart and or Brogdon need a blow will be vital for the C’s with his two way game.

The top 3 guards are already established on this team. So where does that leave Payton Pritchard? More was to be desired of him. Only averaging 2.7 ppg on 30% shooting and 21.4% from 3 in the finals. Pritchard carved a nice role for himself in the second half of the regular season as a sharp shooting ball handler. While he was a streaky shooter with a clean stroke, his lack of size and length left room for improvement on the defensive end. His body and play style do not fit Ime Udoka’s style of defense. We see now, especially after the Brogdon trade, Udoka and Brad Stevens are working with oversized guards that can switch multiple positions on defense. Pritchard just does not fit that mold. It will now be even harder to carve out a role in this team with multiple guards ahead of him in the rotation. It will be a struggle for him to find minutes next season, which leaves interesting question about his trade value. If Boston holds on to him too long, they may not be able to explore moving him for something valuable in return. His highest value is right now.

The forwards that will be coming off the bench for the Celtics could bring an interesting dynamic amongst themselves. Grant Williams and Danillo Gallinari will round out the now loaded rotation Boston has assembled. Williams made a case towards the end of the season as one of the most improved players in the league. Shooting a career best 41% from 3 and being the Game 7 hero vs Milwaukee posting 27 points on 7-18 shooting from beyond the arch. Bringing in a veteran of Gallinari’s caliber could be the key that unlocks the full potential of Williams. Gallinari has been a world class shot creator and maker throughout his career. Grant Williams struggles with creating his own shots and making shots off the dribble. Most of his shots came from catch and shoot. 90% of Williams’ made baskets last season came off assists. Grant has proved he can mess around with the big dogs on the defensive side of the ball, his next step is to become not a better shooter, but a better scorer overall.

The future looks extremely bright for the Boston Celtics organization. From what looks to be the deepest roster on paper so far heading into next season, there is solid reason behind them being the favorites to win it all next season. Meshing the new players in with the program will take some patience, but we know Brogdon and Gallinari will contribute heavily to this team’s success. The skepticism surrounds the young guns of the Celtics bench. Can they be consistent enough to get over that last hump towards banner 18?