The Redemption of Spencer Dinwiddie 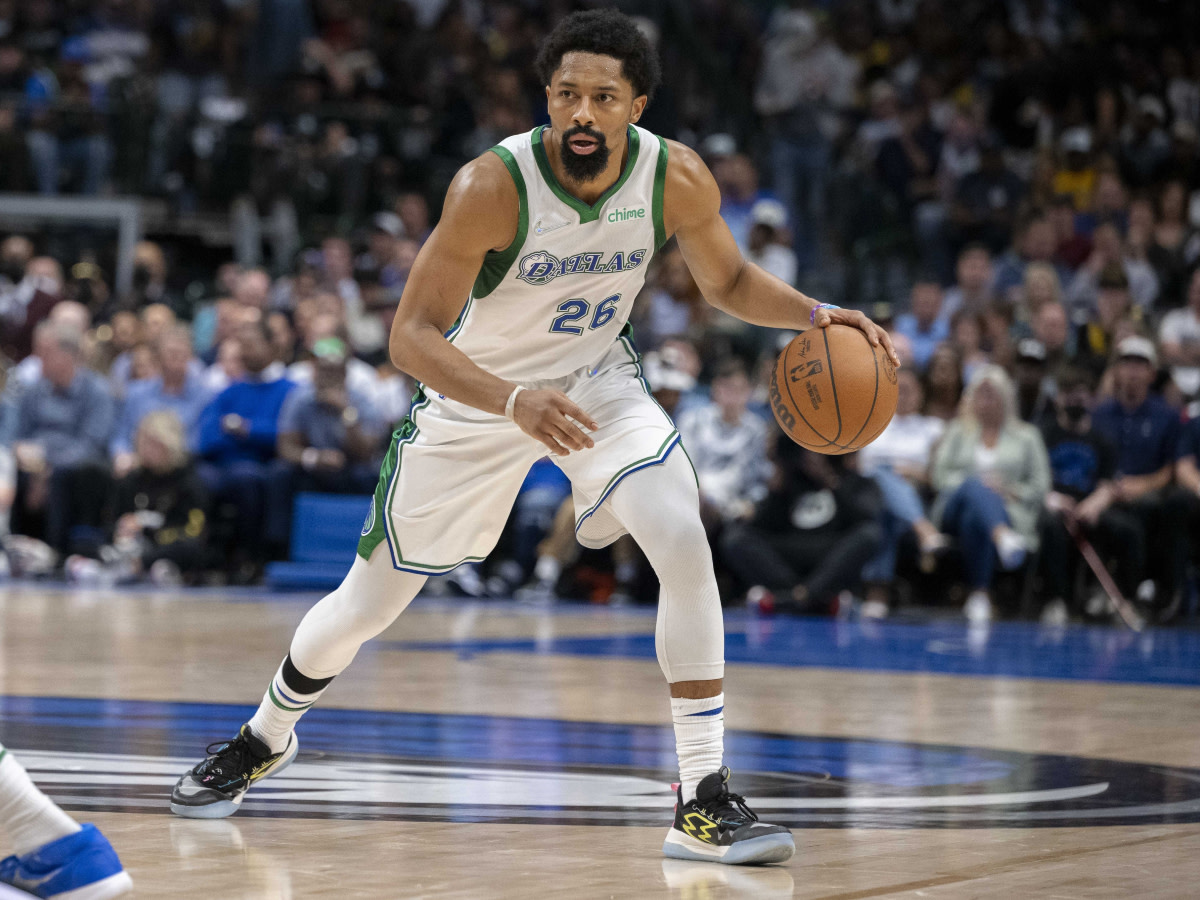 When it became clear that the Dallas Mavericks were going to lose coveted free agent Jalen Brunson in free agency, there were some who thought it would derail the Mavs’ chances of repeating last season’s success. What was being overlooked was the fact that Dallas had actually prepared themselves for such an eventuality when they got Spencer Dinwiddie back in the trade that sent Kristaps Porzingis to the Washington Wizards. Dinwiddie is more than capable of replacing what Brunson brought to the team, but he understands he won’t have to do it all with his scoring.

“I don’t really see myself filling Jalen’s role per se,” Brunson told Back Sports Page. “I think if you look at the team holistically, Jalen’s a great playmaker, scored about 16-17 points a game, I think Tim (Hardaway, Jr.) historically is around that 15 per game or so mark. … So in theory,  you’re replacing offensive production there. We got a little bit bigger and more talented with Christian Wood and JaVale McGee, obviously. In terms of rim protection, Christian Wood’s versatility being able to play the four to five, step out shoot threes as well as play above the rim… then for me, I mean, it’s going to be to go out there and make plays.”

This is a breath of fresh air for Dinwiddie, who seems to have had the misfortune of either being mislabeled as injury prone or not given the proper opportunity to prove his value to a team. He was asked about the management of his minutes going into this season and spoke on some of those points.

“I think historically, if you look at my career in the NBA, people talk about injuries, but it’s actually kind of a misnomer,” Dinwiddie explains. “My first two seasons when I didn’t play, that was DNP coach’s decisions. I wasn’t hurt, they just thought I wasn’t good enough… Then from years three through eight, I only missed one season. That was obviously the very apparent ACL season.”

Dinwiddie is familiar with the injury prone narrative assigned to him over the years which, when held up to scrutiny, appears to be false based on the amount of games he has played over the years.

“When I got to the Nets, I think the first year I played 51 out of like 54 games,” recalls Dinwiddie. “Next season I played like seventy something (games), one season I played like eighty one, you know, the next year the COVID year, I think I played all 65 pre-bubble games. … I think in terms of worrying about injuries or anything of that nature has not really ever been my focus in the NBA.”

The NBA season is long and is defined by the narratives that arise along the way. One narrative that surrounds Dinwiddie this season is Dallas is one of redemption, though he doesn’t necessarily see it that way.

“I completely understand, I know narratives are part of how this thing works,” says Dinwiddie. “They sometimes conflict with how you view yourself internally… I would never have considered my career dead. To me I think that overall, it’s been a resounding success, right… I mean, I don’t look at it that way.”

The Colorado alumni is no stranger to struggle and overcoming obstacles, having recovered from an injury to his ACL and spending time early in his career bouncing between the NBA and the G-League. You may never hear him state it himself, but he was undervalued during his time with the Brooklyn Nets and could have been a valuable contributing member to their core now.

The irony here is that despite the Nets not retaining him as a member of their roster, he is not only in a situation where the team he is playing for is better equipped to compete for championships but he will be a key contributor to their success. You would have to imagine that that is all that Spencer has wanted up to this point is to be valued for his contributions and help be a part of a winning organization. The Mavericks faithful can only hope that with the additions made in the offseason as well as a full season of chemistry under their belt that Spencer Dinwiddie can become more of a focal point in the offense next to Luka Doncic and the team can push towards reaching the NBA Finals.

Bill Ingram contributed to this article – follow him @TheRocketGuy