The Resurgence of Kristaps Porzingis 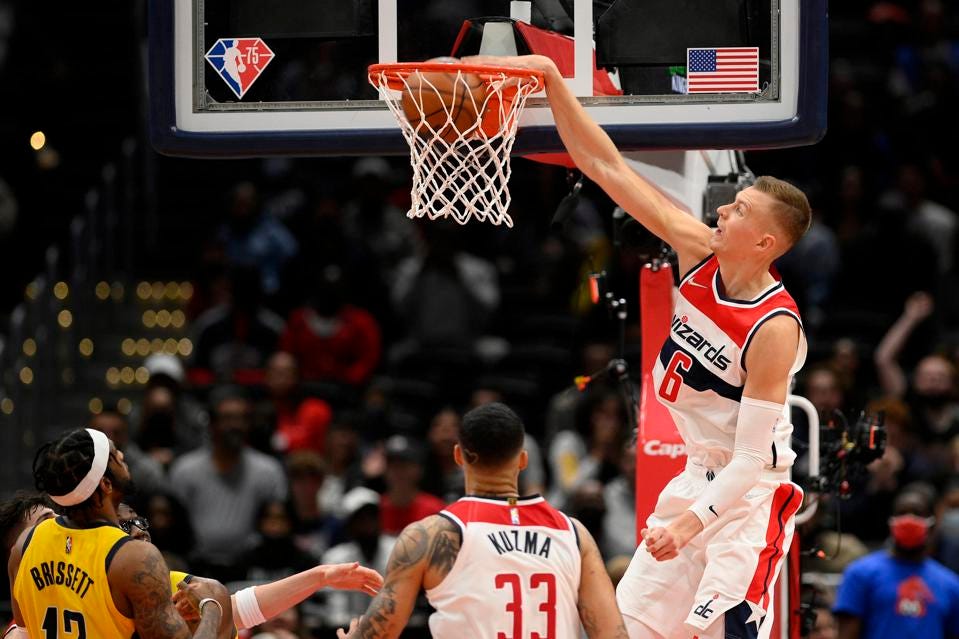 Life in the NBA has been far from easy for Kristaps Porzingis, the 7’3″ Washington Wizards star from Latvia dubbed as the “Unicorn.” From being booed by New York Knicks fans after the team drafted him back in 2015 to multiple season-ending injuries and struggling to fit in both New York & Dallas, there were many questions raised before this season about the longevity and success of his current stint in Washington. For the time being, those questions have been answered.

Porzingis has enjoyed a tremendous start, averaging 21 points while boasting a career-best 52.2 field goal percentage. His partnership with co-star Bradley Beal seems to be flourishing and the Wizards tend to play their best when the offense is run through the Latvian.

His most recent outing against the Philadelphia 76ers was perhaps his best performance on the young season. Porzingis poured in 34 points on 13 attempts from the floor as the Sixers defense (albeit without Joel Embiid) was unable to stop him. He also chipped in with 9 rebounds, 3 assists and 3 blocks. An all-around complete performance from a player who hasn’t always demonstrated the entire package.

Scoring has never been the issue for Porzingis and why would it be? At 7’3 with a slender yet strong frame and a lethal three-point shot with surprisingly nimble handle, Porzingis can get to his spots whenever he wants. It’s his effort on defense that has been an issue in the past as well as his overall cohesiveness within a fluid offense. So far, he’s held up his end of the deal.

However, the Wizards are 4-4 after a 3-1 start, and there are obvious roster deficiencies that will have to be addressed in order for the team to take the next leap into serious playoff contention.

All is not lost however as Bradley Beal will almost certainly re-elevate his game to the superstar as his 251-million-dollar contract suggests while coupled with Porzingis’ re-emergence as an All-Star caliber piece, is more than enough to will this Wizards team into the postseason.