The Role of Ryan Fitzpatrick in 2021 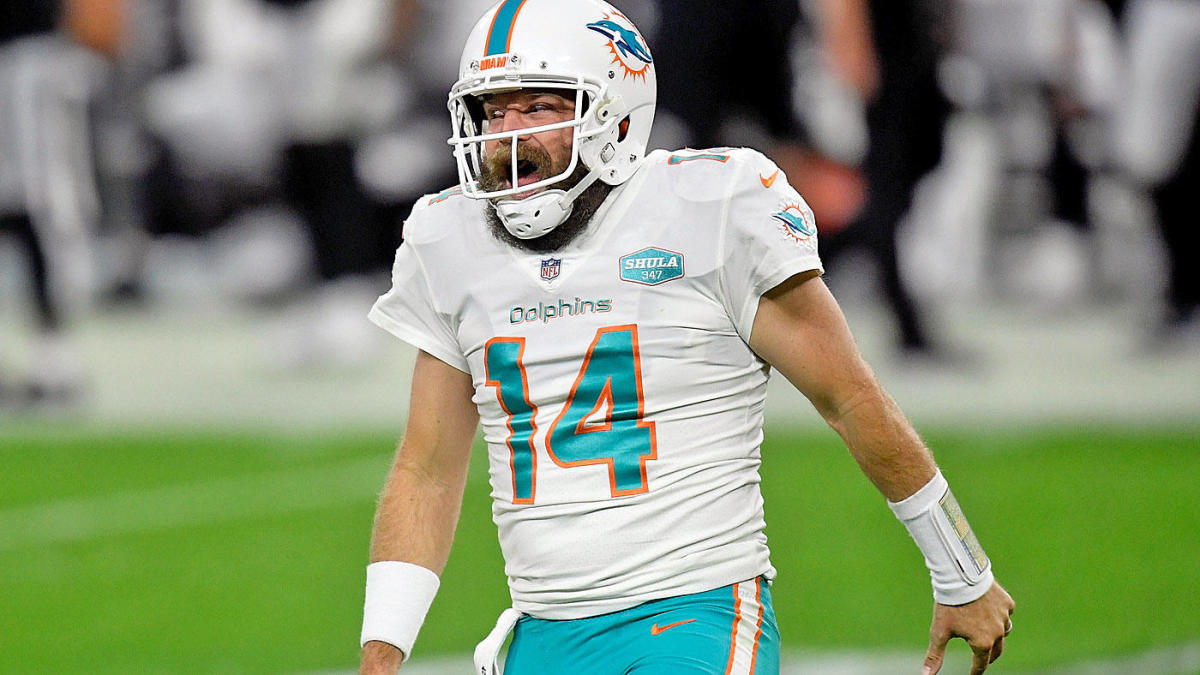 “The second most important person on the team is the backup quarterback.” – Charles Casserly

At 38, Ryan Fitzpatrick is entering his seventeenth NFL season. He has played for eight different teams, never leaving one with a winning record, and never making it to the postseason. For what it’s worth, he has been a part of two 10-6 teams that missed the playoffs.

Fitzpatrick did show some incredible play-making ability last season, most memorable being his last minute sideline completion against the Raiders, which was slung while a defender tugged his head backwards by the face-mask. At his best last season, Fitzpatrick was around the level of an average NFL quarterback. However, it was hard to get an accurate read on his play, because the Dolphins kept trying to force Tua Tagovailoa into a starting role as a rookie. This decision not only stifled both quarterbacks ability to succeed, but likely cost them a playoff spot.

It appears that Rivera and ownership believe in Fitzpatrick as a short-term starter, with Kyle Allen and Taylor Heinicke learning under him.

In a competent division of professional football, rolling out Ryan Fitzpatrick as the starter might seem like an underwhelming and dangerous decision. Thankfully, last season proved that an experienced veteran keeping the offense afloat can allow the defense to take over games and keep the team in playoff contention.

With the most important role on a football team being the quarterback, Washington may be in luck in 2021.

As inconsistent as Fitzpatrick’s career has been, he falls in the upper half of starting NFC East quarterbacks in 2021 according to QBR.

There is a clear gap between the top and bottom two quarterbacks in the division. The bottom two not only have significantly worse QBR, but are on a downward trajectory from their 2019 performances.

If the Washington Football Team does what no NFC East team has done in twenty years by winning the division in back-to-back seasons, it will likely be on the backs of the defense and not a breakout performance from Fitzpatrick. He has shown flares of excellence in recent years, earning the nickname “Fitzmagic,” but there is a reason he is preparing to play for his fifth team in eight seasons.

Surrounded by breakout stars Terry McLaurin and Antonio Gibson, and backed by one of the leagues premiere defensive units, the 2021 season provides Fitzpatrick with every reason to succeed. In return, he provides a young roster with a veteran to rally around in the push for NFC East dominance.

The Football team and 2020 DROY Chase Young will host The Los Angeles Chargers and the 2020 OROY Justin Herbert. While there is no debating that Young was an incredible pick-up with the second overall pick, it is worth considering that Herbert was available at second overall.

Ryan Fitzpatrick, at his absolute best, is a one or two year fix for a problem that has existed within the franchise for decades. More specifically, the team has not had a quarterback start more than three consecutive seasons since Mark Rypien in the early 1990’s. On paper, Fitzpatrick was more impressive than Alex Smith last season, but with the return of Prescott in Dallas and hardest strength of schedule in the division, seven wins will not cut it this season.

The Man to Man Podcast Episode XXIV: The Boat Is Back!
NFL 2021 Schedule Release: Atlanta Falcons