The Rundown – 120719: The Hottest Seat in the NBA is Vacant, Lakers & Bucks are NBA Best, Thunder Making Noise 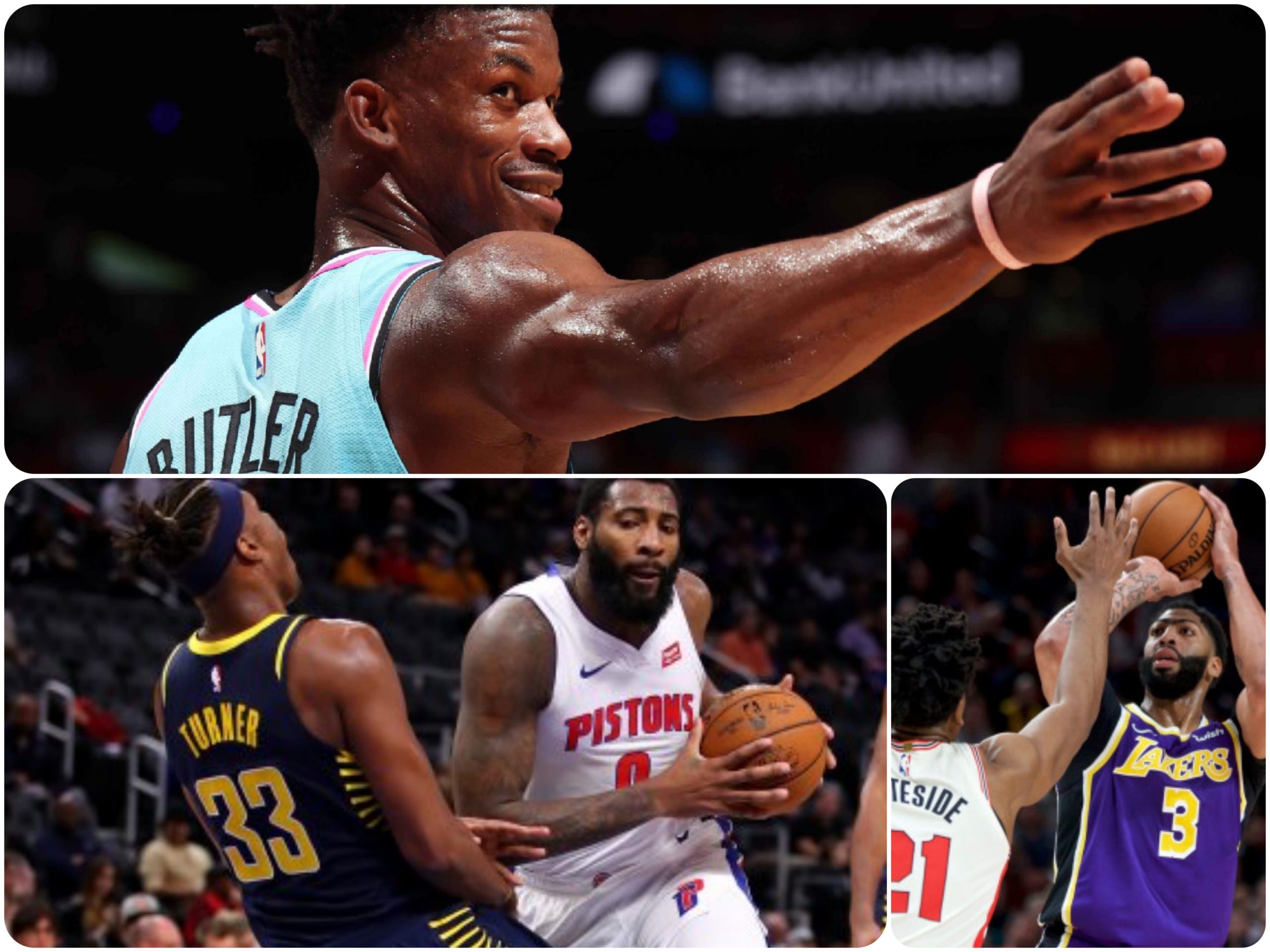 Jimmy Butler rips off a beautiful triple double, the Lakers and Bucks are an NBA best 20-3, and Andre Drummond is Mr. Consistent in Detroit.

Who’s next? Or does anyone want to be?
The New York Knicks have done what I, and many others, predicted in the wee hours of pre-season NBA basketball; fired David Fizdale. Also excused was assistant coach Keith Smart, though it’s more than likely Smart left with Fizdale out of loyalty, according to a good friend of mine and is close to Smart.

So what’s next? Who actually is calling James Dolan and saying, “I’d like to work for you.”

Seemingly, it would only be people who (a) know Dolan and are willing to jump back in that shark tank knowing what kind of trash fish they’d be swimming with, or, (b) someone who’s so desperate to be a head coach that they’re willing to risk it for the biscuit.

If it’s situation (a), I’m going with Mark Jackson, with Patrick Ewing on his bench as an associate head coach. Find Marcus Camby and add him into the mix and you’d have heavy Knicks experience coaching the next generation of scrappers.

If it’s situation (b), I’m all aboard on the Becky Hammon train breaking that glass ceiling.

Not to mention that most of the people coming off of Gregg Popovich’s bench have done well – Mike Budenholzer in Atlanta and Milwaukee, Brett Brown in Philadelphia, and Taylor Jenkins and James Borrego are getting their feet wet in Memphis and Charlotte, respectively. Hammon could get her chops in New York and carry on Pop’s legacy in one of the biggest markets in professional sports.

Of course, there’s always Larry Brown, who I’d love to see coaching the Oklahoma City Thunder, who could move Billy Donovan into the mix in New York. Leave Jerry Stackhouse here in Tennessee where’s he’s doing a marvelous job with the Vanderbilt Commodores.

Who would you hire for the hottest seat in the NBA?

The Cleveland Cavaliers’ players are talking about head coach John Beilein behind his back and the results show on the court, as the Orlando Magic have won their fourth in a row behind a solid night by Terrence Ross and Aaron Gordon.

NEXT UP
Cavaliers at Sixers – Tonight
Magic at Bucks – Monday

Andre Drummond and Blake Griffin combined for 50 points and 25 rebounds to soundly defeat the Indiana Pacers last night in Detroit, Michigan. T.J. Warren and Malcolm Brogdon countered with 47 combined points, but took the lesson in the paint and on the glass from Drummond as the Pistons cleaned up with a 51-33 rebounding advantage.

NEXT UP
Pacers at Knicks – Tonight
Pistons at Pelicans – Monday

The Brooklyn Nets played another game without Kyrie Irving, but went big in the paint to defeat the Charlotte Hornets in their own hive in Charlotte. Big play in the paint from Jarrett Allen and DeAndre Jordan smoked out the Hornets last night as the Nets outrebounded the hosts, 49-34, and hit 47 percent of their shots on the road.

NEXT UP
Nuggets at Nets – Sunday
Wizards at Hornets – Tuesday

After their win over the Denver Nuggets last night, the Boston Celtics remain perfect at TD Garden this season, and eagerly await the return of Gordon Hayward around Christmas. After a November to Remember, the Celtics have dropped four, but only on the road. They won their eighth at home by defeating Nikola Jokic – literally no other Denver Nugget showed up.

NEXT UP
Nuggets at Nets – Sunday
Cavaliers at Celtics – Monday

NEXT UP
Bulls at Heat – Sunday
Grizzlies at Warriors – Monday

Jimmy Butler had his best game yet as a member of the Miami Heat with a nice triple double to set the tone for the game against the visiting Washington Wizards last night. Bam Adebayo and Tyler Herro followed suit as the Heat sent Bradley Beal and the Wizards to a .333 result at seven wins and 14 losses through the first quarter of the season.

NEXT UP
Clippers at Wizards – Sunday
Bulls at Heat – Sunday

The Oklahoma City Thunder used a guard assault on the visiting Minnesota Timberwolves last night as OKC’s guards combined for 84 of the Thunder’s points, five players scored in double digits, and Dennis Schroder’s layup forced an overtime, where the Thunder blew the Wolves out 17-5 to move closer to playoff contention positioning in the Western Conference.

It’s 14 straight wins for the Milwaukee Bucks. Khris Middleton outplayed Kawhi Leonard, and Paul George was no better than Bucks bench players Ersan Ilyasova and Pat Connaughton. It’s as simple and as sorry-ass as that. A great birthday for Giannis Antetokuonmpo.

NEXT UP
Clippers at Wizards – Sunday
Magic at Bucks – Monday

The not-so-good San Antonio Spurs beat the Sacramento Kings in one area last night: hustle points. The stats that no one rarely sees. But it helped the Spurs in the win loss column as they climbed to 10th place in the Western Conference behind the overtime win. Another plus for the Spurs? They don’t play again until Thursday night.

NEXT UP
Kings at Mavericks – Sunday
Cavaliers at Spurs – Thursday

Engines No. 3 and No. 23 of the Showtime Express ran right over the Portland Trailblazers in Portland last night, leaving carnage on the tracks and in their wake as the Los Angeles Lakers kept pace with the NBA best Milwaukee Bucks – both teams at 20-3 thus far this season. Anthony Davis doing his best to let his game do the talking for MVP consideration, and LeBron James is proving once again to be both mentor and inspirational leader by example on this roster, which improves and impresses every game. For those tracking Carmelo Anthony, he shot 30.8 percent last night for 15 points after getting the ‘guarantee’ stamp on his contract.

NEXT UP
Timberwolves at Lakers – Sunday
Thunder at Trailblazers – Sunday