The Rundown – 120819: Blowout Night in the NBA, Cavs Making a Beeline to Quit on Beilein 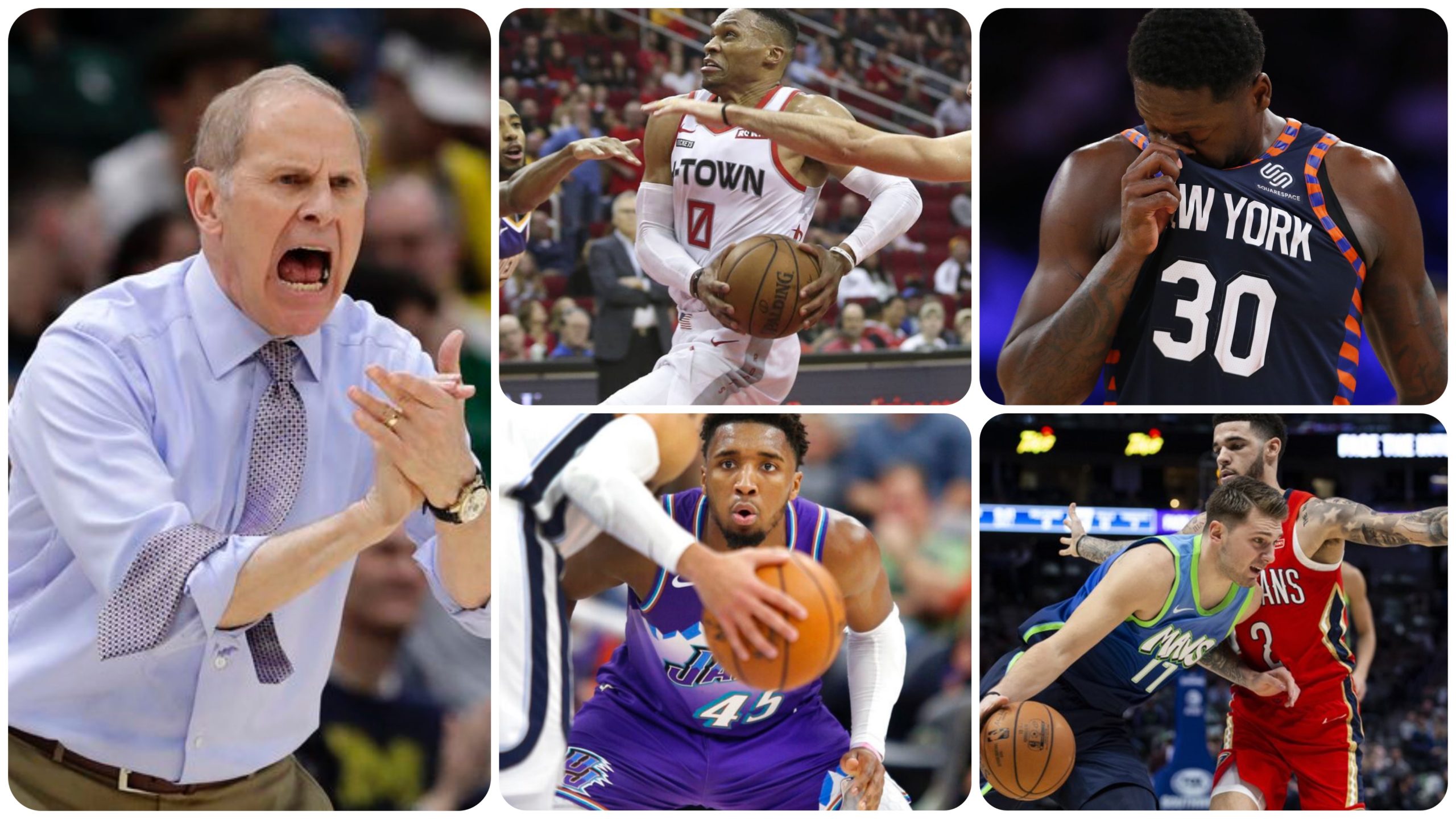 Is John Beilein too tough on the prima donnas in Cleveland? Russell Westbrook has another triple double, Julius Randle drops the ball, Luka Doncic impresses again, and Donovan Mitchell hibernates the Grizzlies.

It’s a little early to be giving up, don’t you think?

It’s one thing to be intimidated by an opponent, like the New Orleans Pelicans seemingly were last night. It’s another to simply be the team outclassed by a strong Utah Jazz lineup.

But it’s an entirely different thing to just give no effort like the Cleveland Cavaliers did versus the Philadelphia 76ers in a situation where there’s all but an announced coup of John Beilein after only 20 games.

Twenty games is barely enough to get set plays in the playbook and working efficiently in the offense. And last time I remember, Beilein isn’t the one donning the Converse high tops and playing for the Cavaliers. In fact, that hasn’t happened since 1975, when he was a Wheeling Cardinal.

Yet an (overpaid) payroll (eighth in the NBA) of $131,515,996 thinks they know better, that they have all the answers. Hey, Cleveland, you have a .464 winning percent through 50 seasons (1,853-2,139). You’re 5-17 so far this season, and were 19-63 last year when Beilein was still making things happen for the Michigan Wolverines. In fact, without your beloved LeBron James on board carrying your lazy asses, you’re flat out horrible.

And, yes, he has a collegiate approach. This is his first NBA job. Granted, it hasn’t worked on in the NBA for Fred Hoiberg, John Calipari, or Rick Pitino. College is all Beilein knows thus far. He’s had very successful runs at Michigan, West Virginia, Richmond, and Canisius in Division I, and successful stints with Le Moyne College, Nazareth College and Erie Community College.

It’s unknown who’s leading the bitch patrol in the locker room, but unless you’ve led your team to the Final Four twice in five years, an NIT champion, a CAA champion, a MAAC champion, and a Coach of the Year, back the heck off and give the man a fighting chance.

In the meantime, trade the prima donnas.

And if Beilein has a ‘college approach,’ let him coach the kids fresh out of college.

I guarantee you’ll get a better Cavaliers team for now and the future if you focus on Collin Sexton, Darius Garland and Kevin Porter, Jr. than the seat filling veterans that whine about every coach that comes along (see David Blatt, Tyronn Lue).

We’ve got your back, Coach. More than you know.

Koby Altman, get busy on those phones.

Unimpressive. Damned unimpressive. Flat out embarrassing, Not one player for the New Orleans Pelicans scored more than J.J. Redick’s team high 15 points. The flatness of effort and play led to the Pelicans’ worst showing in franchise history, beaten by 46 points, en route to their eighth straight loss. The players that played and head coach Alvin Gentry ought to write checks back to the team’s front office after that performance. At least Mavericks fans got what they paid for.

NEXT UP
Kings at Mavericks – Tonight
Pistons at Pelicans – Tuesday

Myles Turner may not have had the biggest stat line, but his last two blocks – mere seconds apart in the waning seconds of last night’s game against the New York Knicks – were the biggest stats of the game for the Indiana big man. Meanwhile, the biggest two free throws of Julius Randle’s career as a Knick thus far fell short as he only hit the front end of two to give the Pacers their 15th win of the season and the Knicks their 19th loss a day after firing David Fizdale.

In what seems like a full blown revolt, the Cleveland Cavaliers laid it down and let the Philadelphia 76ers walk all over them last night in a 47 points Philadelphia massacre. It was a nice breakout night for Trey Burke (stats below) as Joel Embiid sat out with a left hip contusion and #VFL Josh Richardson sat out his fifth game with a right hamstring issue.

NEXT UP
Raptors at Sixers – Tonight
Cavaliers at Celtics – Monday

Russell Westbrook had his third consecutive triple double last night (sixth of the season), and the Houston Rockets continue to get Ben McLemore involved in their offensive schemes, leading to another Houston win, this time at the expense of Devin Booker and the Phoenix Suns, who continue to bubble under .500 after starting the season stronger than expected.

NEXT UP
Timberwolves at Suns – Monday
Kings at Rockets – Monday

No Mike Conley. No Ja Morant. But seven Jazz players scoring in double digits to subdue the Memphis Grizzlies and send them to their 16th loss of the season, while the Jazz won their 13th to remain in the sixth place position in the Western Conference last night in Salt Lake City. A 37-18 second quarter propelled the Jazz to the win.

NEXT UP
Grizzlies at Warriors – Monday
Thunder at Jazz – Tuesday

The Rundown – 120719: The Hottest Seat in the NBA is Vacant, Lakers & Bucks are NBA Best, Thunder Making Noise
The Rundown 120919: If the Playoffs Began Today, Ant Drops 50, Raptors Drop Off