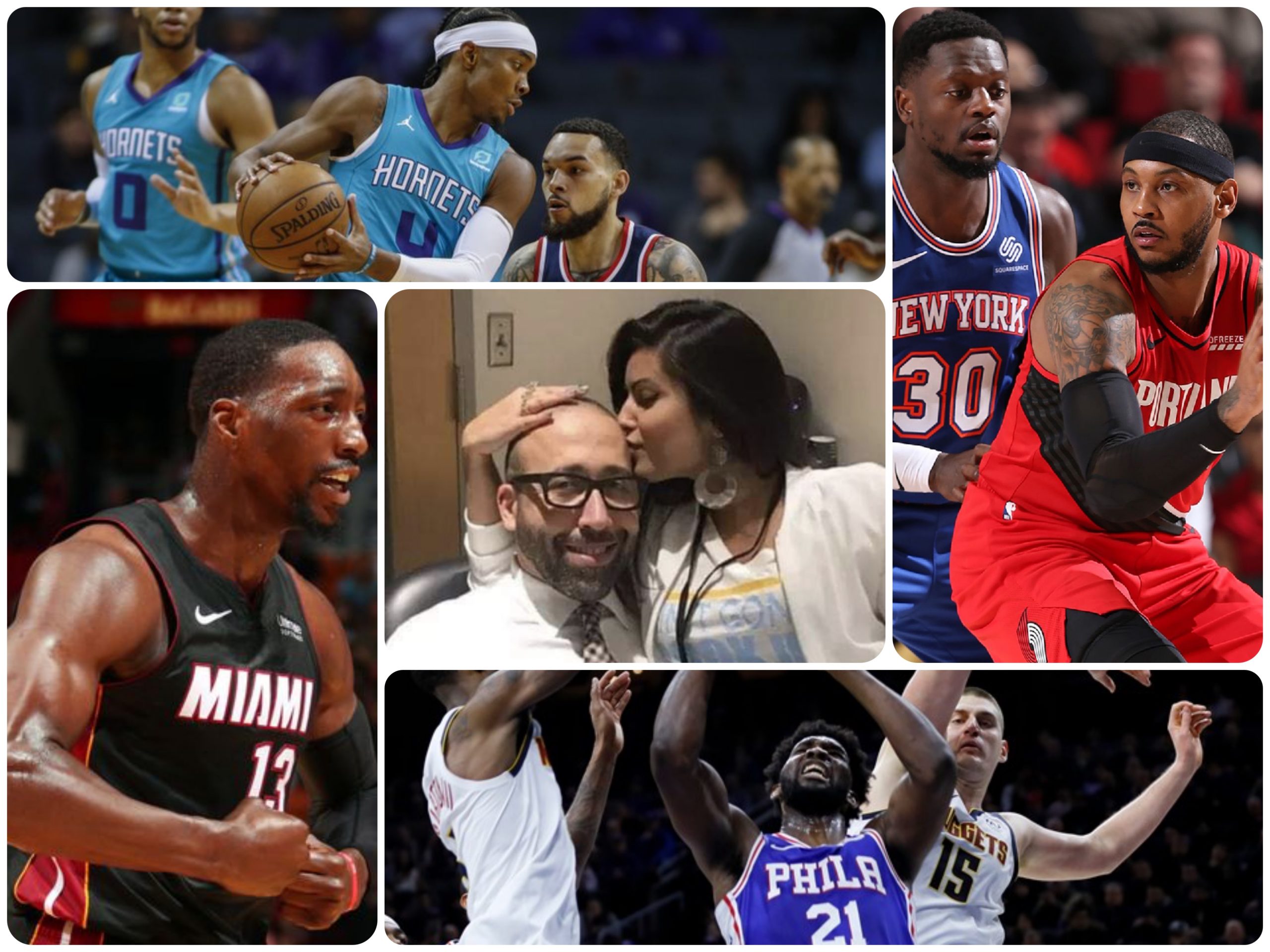 Bam Adebayo had a night for the ages, Devonte' Graham continues to be consistent for Charlotte, Julius Randle is about the only one who showed for the Knicks, Joel Embiid snuffs the Nuggets, and at $15 million over 2.5 years, David Fizdale is living his best life, ain't going back and forth with you Knicks ...

Short report today. My apologies. We have ice and snow and school closures here.

The Charlotte Hornets used a 28-20 first quarter swarm to keep the Washington Wizards at a safe distance and take their 10th win in 26 games. Devonte’ Graham continues to be the stalwart player for Charlotte – but is he enough to draw fans to seats like bees to honey? Michael Jordan needs to find ways to fill the seats at the Spectrum Center the way TransSiberian Orchestra did last weekend.

NEXT UP
Hornets at Nets – Tonight
Wizards at Grizzlies – Saturday

The Denver Nuggets lost Jamal Murray last night to a trunk contusion after a collision with Ben Simmons, and that may have cost them the game. Murray finished with no points in five minutes, while the Philadelphia 76ers ran off their 13th consecutive win at Wells Fargo Center. It’s the Nuggets’ third loss in a row and their fifth in the last six games as they struggle against Eastern Conference playoff contenders. They’re back home for the Blazers tomorrow night.

The Miami Heat used the 30s to freeze out the Atlanta Hawks in the tale of two teams going two distinctly different directions. It was the young guns of the Heat last night taking care of business as their top three scorers each notched over 30 points to overcome a strong first half by the Hawks, led by rookie De’Andre Hunter. Miami came back with a strong second half to knot things up at 117-117, then used that momentum to outscore Atlanta 18-4 to snatch the win.

NEXT UP
Hawks at Bulls – Tonight
Lakers at Heat – Friday

At least Mike Miller is continuing the trend of the Knicks losing games. The Portland Trailblazers entertained the New York Knicks last night at the Moda Center in the Rose Garden, though hardly anyone showed up from New York in this game. Meanwhile, James Dolan is still on the hook for $15 million over the next two and a half years, paying for David Fizdale to spend more time with his family, making Fizdale the only true winner from this Knicks season. Erstwhile, Portland racks up No. 10 on the season to get to .400 and 11.5 games back of first place L.A.

NEXT UP
Knicks at Warriors – Tonight
Blazers at Nuggets – Thursday