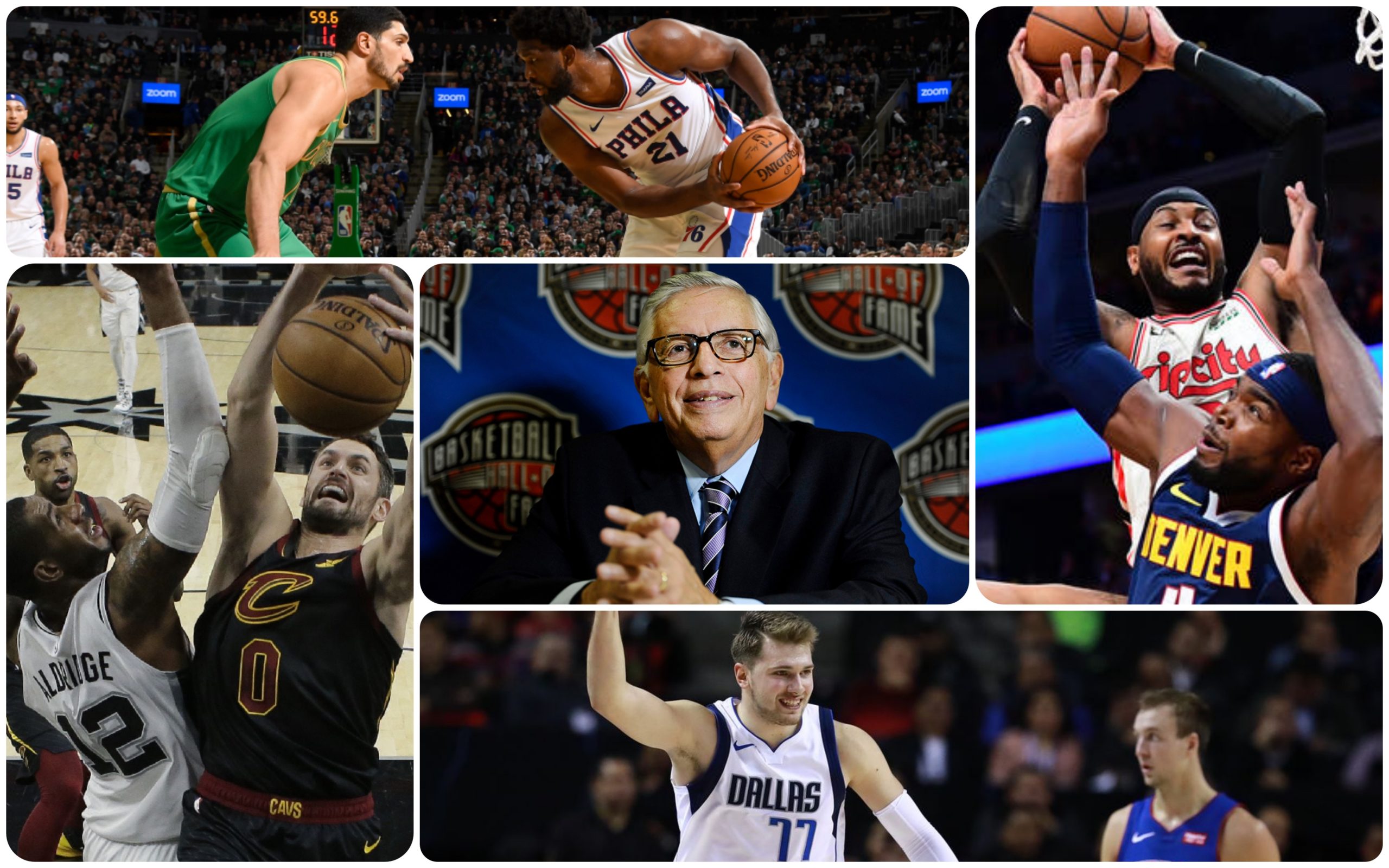 Please keep former NBA Commissioner David Stern in your thoughts and prayers as he undergoes and recovers from surgery for a brain hemorrhage. Stern was at a Manhattan restaurant when he suffered the malady and was rushed to the hospital.

Yesterday, I wrote about how streaming media and multiple devices may have cut into the actual attendance of NBA games.

One of the reasons for making the entertainment of an NBA game so readily available for fans is because not every NBA fan can afford the ticket costs to attend said games. Truly, Adam Silver is reaching out to a broader audience than decades past.

But as someone who has had full access with a media credential for the last 20 years (in January), you lose touch with what people are paying to get a glimpse of their favorite NBA stars and why people get so upset at ‘load management’ when they’ve shelled out most of their bonus or tax refund to see the star players in something other than street clothes.

Here’s why people may be turning to social media, handhelds, and portable devices instead of living the full NBA experience – courtside seat costs and average ticket prices in each market:

I’d like to thank my good buddy Jeff Marcussen and the Phoenix Suns for always (and still) providing one of the most affordable experiences in the NBA. Atlanta, thank you as well.

As a fan, with these prices, would this prohibit you from enveloping yourself and your family in the NBA experience? Or do they keep you away, watching on your smartphone, tablet or iMac?

Joel Embiid dropped 16 points in the fourth quarter last night in Beantown to keep the Boston Celtics at arm’s length in the Eastern Conference. Philadelphia is third, and Boston is fourth. The big man also hit five of six free throws down the stretch and his lone block of the game saved the game in the waning seconds.

NEXT UP
Sixers at Pelicans – Tonight
Celtics at Mavericks – Wednesday

The Cleveland Cavaliers found the success to winning games and snapping an eight game losing streak: make everyone but Darius Garland available in trade, and they’ll start working their butts off to audition every game going forward. Kevin Love, Collin Sexton, and Jordan Clarkson sure took notice of Koby Altman’s edict, as they led the Cavs to an overtime win against the San Antonio Question Marks. Just when you thought the Spurs were on the right track, they’re on life support again. Watch for DeMar DeRozan’s name to be bandied about in trade rumors as well.

(Translation)
At least one of the Curry brothers is having a good season. Last night, in Mexico City, Seth Curry had a season high 30 points off the bench and assisted another Luka Doncic triple double performance as the Mavericks beat the brakes off of the Detroit Pistons. Derrick “This is what I do” Rose only had 19 as Andre Drummond led the Pistons in points and rebounds. It is Doncic’s eighth triple double of the season, and his second with 40 points or more, making him the youngest to have two or more before turning 21 years old. He has that birthday on February 28th.

In another stop on the ‘Carmelo Anthony Used to Play Here’ Tour, the Portland Trailblazers came up woefully short against a team that needed a springboard to get out of their own recent funk. The Denver Nuggets outscored the Blazers in every quarter to give themselves a comfortable enough lead for Nikola Jokic to take (and make) a late game three pointer. Denver needed this one as they had lost five of their last six games coming off an Eastern Conference road trip. Hassan Whiteside scored a career high 33 points in vain for the Blazers.

NEXT UP
Thunder at Nuggets – Saturday
Blazers at Suns – Monday