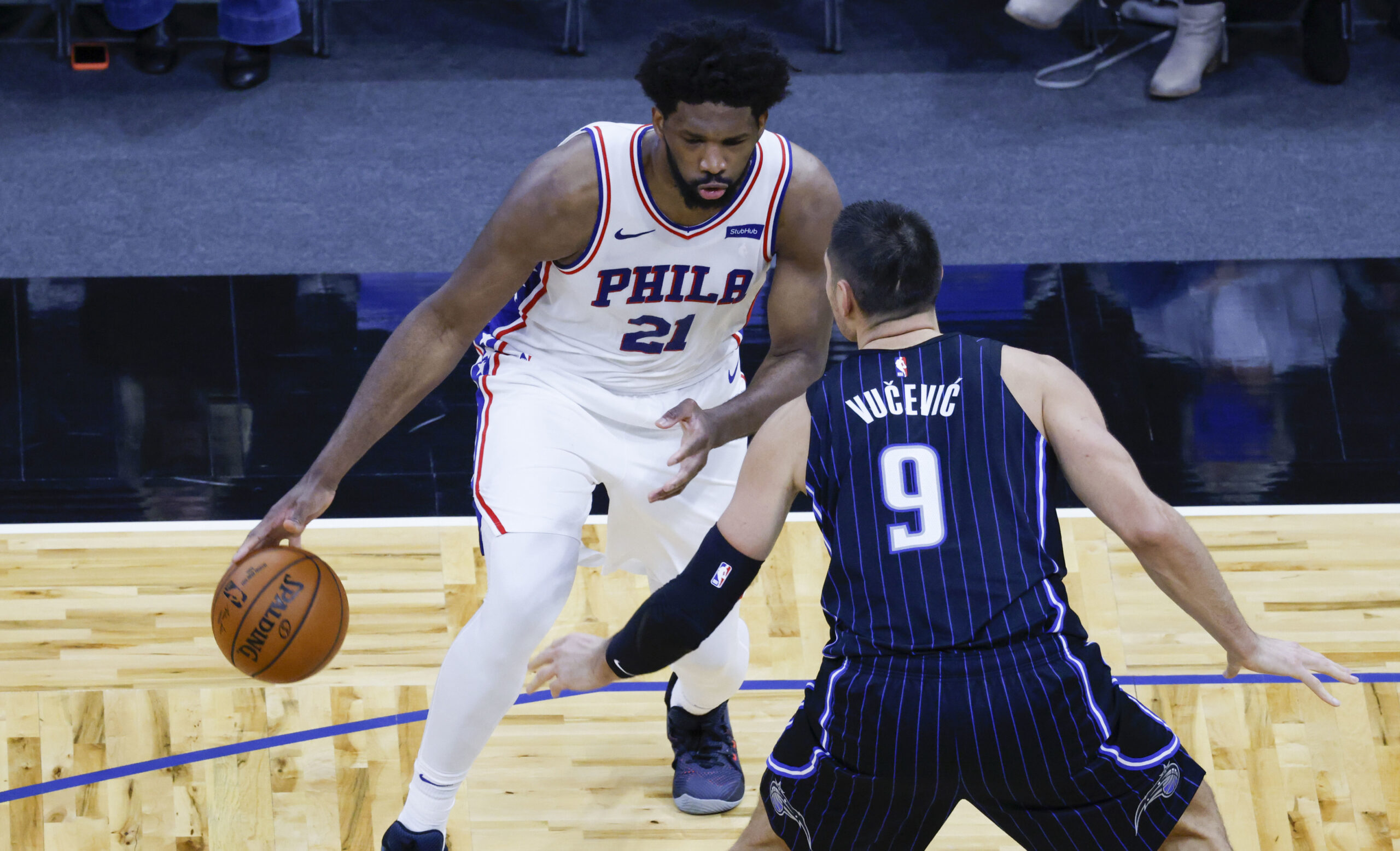 On the last day of 2020, Joel Embiid, Seth Curry, and #VFL Tobias Harris took down the NBA's last undefeated team, the Orlando Magic. John Wall made his Houston debut, and the Phoenix Suns continue their rise in the West.

With the Philadelphia 76ers’ takedown of the league’s lone remaining undefeated team, we can now get down to business of seeing which one of the one-loss teams will persevere the longest.

It’s the Sixers, Indiana Pacers, Orlando Magic, and Atlanta Hawks  in the East, and the Los Angeles Clippers, Phoenix Suns, and Utah Jazz in the West.

After starting the season 3-0, the Cleveland Cavaliers have dropped their last two games, most recently last night’s defeat in Indianapolis to the third place Indiana Pacers.

Indiana began the game with a 32-21 advantage, but the Cavs closed the gap with a 30-25 second quarter run of their own to pull within six before halftime. But the Pacers ran out with a larger margin in the third, 31-14, to salt the game away. The Pacers scored 31 in both the third and fourth quarters in an apparent homage to former Pacer great Reggie Miller.

Domantas Sabonis led all scorers with 25 points and 11 rebounds, and the Pacers hit for 16 three pointers on the night. Sabonis had two of them. Doug McDermott added 18 points and nine rebounds, while Malcolm Brogdon dropped 17 points. Victor Oladipo racked up 16 points and eight assists, Myles Turner had 14 and seven, and Aaron Holiday finished the night with a dozen.

Cleveland’s backcourt duo of Collin Sexton and Darius Garland – nicknamed ‘SexLand’ – combined for 45 points, 10 rebounds, and nine assists. Andre Drummond had a double double with 11 points and 13 rebounds. Larry Nance, Jr. had 10 points and seven dimes, while JaVale McGee finished with 13 rebounds to add to his seven point night. Sexton has had at least 20 points in his last 10 games for the Cavaliers.

Indiana has the luxury of playing seven of its first nine games in the friendly confines of Bankers Life Fieldhouse.

For all the points being scored and stat sheets being filled, it’s disappointing that the Washington Wizards are winless through five games.

They may very well be the best worst team in the NBA. The only other team in the league with a goose egg in the win column is the Detroit Pistons, and they look a hell of a lot worse than the Wizards.

Russell Westbrook notched his fourth triple double in as many games with 22 points, 10 rebounds, and 11 assists, and Bradley Beal and Thomas Bryant each went off for 28 points apiece, but the Wizards fell to the Chicago Bulls on their home floor for the second time in as many nights.

The Bulls were minus four due to the NBA’s health and safety protocols.

Wendell Carter, Jr. matched White with 16 of his own, Thaddeus Young and Daniel Gafford dropped 15 points apiece, and rookie Patrick Williams finished with 10 points in the start.

Rui Hachimura returned for the Wizards, making his season debut with 17 points and five rebounds, and Raul Neto tacked on 15 in the loss.

It was bound to happen, and once I saw the Philadelphia 76ers on the Orlando Magic’s schedule, I just knew they’d be the spoiler. But the way the Sixers are playing this season, that was really a no-brainer.

Joel Embiid and Seth Curry led all scorers with 21 points apiece last night in the Sixers’ 24 point win over previously undefeated Orlando. #VFL Tobias Harris tacked on 20 points of his own to go along with nine rebounds.

A 75-40 first half chasm told the story and gave Philadelphia plenty of room to cruise to the victory. Shake Milton added 14 points off the bench, while former South Garland and University of Kentucky rookie Tyrese Maxey added 10 points on .556 shooting.

The Magic had a horrible night shooting on their own floor, only hitting 33 of their 95 shots taken, and even worse from downtown at 25 percent. Nikola Vucevic was the only Magic player to hit for more than 50 percent on the night. Of the starting five, Dwayne Bacon hit for .444 and 10 points, Markelle Fultz was .364 for nine points, Evan Fournier was .333 for three points, and Aaron Gordon was a ghost at .125 and six points. Vucevic finished with 19 points and 10 rebounds.

Off the deep bench, Chuma Okeke, Gary Clark, and #VFL Jordan Bone were all .500 shooters, but only combined for 13 total points.

Ben Simmons actually hit a three pointer in last night’s game – that’s how much things were working in favor of the Philadelphia 76ers.

John Wall finally got to pair with James Harden in the Houston Rockets backcourt, and the results weren’t half bad. Of course, we all watched with baited breath on the initial pairing of Harden and Russell Westbrook at the start of last season, and that went off without a hitch, too.

It’s how you finish that counts – and who knows if Harden will be here to find out.

But while he is in Houston, we know he is going to be ball dominant and the only step back he’ll be taking is when he needs to create space to shoot a three ball.

Last night, he shot several – 24 to be exact – connecting on 41.7 percent and leading all scorers with 33 points to lead Houston past the Sacramento Kings for Houston’s first tick in the win column.

Wall added 22 points, including 100 percent from the free throw line, playing his first game since 2018, and Christian Wood continues to come along nicely, posting 21 points and 12 rebounds last night in the cause.

Eric Gordon had 17 and Danuel House, Jr. finished with 11 points. It was Houston’s first home game since March 10th, as they had 3,247 in attendance; 12 sat courtside.

Sacramento was fueled by Harrison Barnes’ 24 points and eight rebounds, coming thisclose to taking the Rockets out of contention for their first win of the season. Richaun Holmes and De’Aaron Fox popped for 22 points apiece, while Buddy Hield added 19 and rookie Tyrese Haliburton finished with 11 points.

The Toronto Raptors finally broke through the win column last night in Tampa, Florida at the expense of the New York Knicks, who were riding the wave of a two game win streak.

Fred VanVleet, who was reportedly on the Knicks’ radar as a free agent, torched the lackluster Knicks with a game high 25 points, five rebounds, and seven assists. Kyle Lowry shot 50 percent to add 20 points, and Norman Powell ended the night with 17 points. Alex Len came off the bench for 11, Terence Davis added 10, and Chris Boucher ended up with nine and nine.

Pascal Siakam did not play last night as a disciplinary measure for leaving the team’s sideline and going straight to the locker room after fouling out of the team’s 100-93 loss to the Philadelphia 76ers on Tuesday night.

The Knicks, who had beaten the Milwaukee Bucks and Cleveland Cavaliers in their last two games, were showing some momentum and promise coming in to face previously winless Toronto. But the beast that is Julius Randle had either been tamed or run out of gas for New York, as Randle only scored 16 points to match teammate Kevin Knox – a far cry from his 28 point performance against the Cavaliers.

Elfrid Payton added 14 points, while R.J. Barrett shot a disgusting four of 19 (.211) to net just 12 points. Immanuel Quickley, who was a stud in the Knicks’ pre-season, hasn’t gotten in much time since colliding with Indiana’s Myles Turner in the season opener. Austin Rivers is still nursing a strained groin, dating back to pre-season.

I’ve spent quite a number of New Year’s Eves in Oklahoma City, where it’s practically tradition to watch a Thunder game, then head out to Bricktown to watch the celebratory fireworks and ring in a new year.

Last night, there wasn’t anything to celebrate, unless you’re a New Orleans Pelicans fan, as the next generation Kevin Durant and his New Orleans backcourt decimated the Oklahoma City Thunder by 33 points to close out a horrible 2020.

Brandon Ingram, who Durant is the closest thing to him other than the guy in the full length mirror, led the Pelicans with 20 points and seven rebounds before being ejected. Eric Bledsoe and Lonzo Ball finished with 17 and 16, respectively. Ball also had an impressive eight points and nine assists, and is playing the best ball of his young career.

Steven Adams had 14 points and 10 rebounds in his return to OKC, as did Nickeal Alexander-Walker, cousin to Oklahoma City’s Shai Gilgeous-Alexander. Zion Williamson and Josh Hart finished with 12 points apiece, but it was Hart with the 11 rebounds, not Williamson.

Al Horford had 17 points and six rebounds, Mike Muscala had 10, and no other Thunder buddy finished above single digits. Gilgeous-Alexander, the anointed centerpiece of the Thunder, only had half of his cousin’s point total at eight.

Oklahoma City only scored seven points in the fourth quarter to New Orleans’ 28 – yeah, it was that ugly. The only silver lining was the Thunder’s 15 three pointers, their season high. Otherwise, they’re really out of this game, Los Angeles Clippers-style.

After a roughshod pre-season and second game of the season loss to the Sacramento Kings, the Phoenix Suns have literally been a microcosm of their city name and NBA nickname, rising in all three cases, and challenging the Los Angeles Clippers for the top spot in the Western Conference in this young season.

It’s the kind of thing you hope for, even root for after all the adversity that the team and their head coach Monty Williams have been through. It’s the continuation of the Cinderella story that the team marching through eight games in last season’s bubble to go undefeated when play resumed, but suffering bitter disappointment when such a run didn’t even merit a shot in the playoffs.

It is inevitable that some defeat will enter even the most victorious life. The human spirit is never finished when it is defeated … it is finished when it surrenders. The Phoenix Suns have yet to do that, and didn’t last night in the New Year’s Eve nightcap for the NBA.

Devin Booker led the way with 25 points on the night, besting all scorers. Jae Crowder continues to make his presence felt in Phoenix, hitting for 16 points and grabbing six rebounds, while Mikal Bridges matched Crowder on every stat but Jae’s lone assist. Chris Paul had 11 points and eight assists, while it was 10 points apiece for both Cameron Payne and Cameron Johnson.

Utah was led by Donovan Mitchell’s 23 points and six rebounds. Rudy Gobert shot 77.8 percent en route to 18 points and 14 rebounds, while Mike Conley ended the night with 16 points, five rebounds and four assists. Jordan Clarkson had 12 points and Derrick Favors had 10 – both finished with five boards apiece in the loss.

Phoenix got 34 points from its bench in the win.

The Rundown v123120 – Hawks Fall to Nets in Shootout, LaMelo Ball Becomes a Murder Hornet
Retirement Just a Turn in the Road for NBRPA