The Rundown v121520 – Pelicans Don’t Look Like a Last Place Team, Milwaukee Does 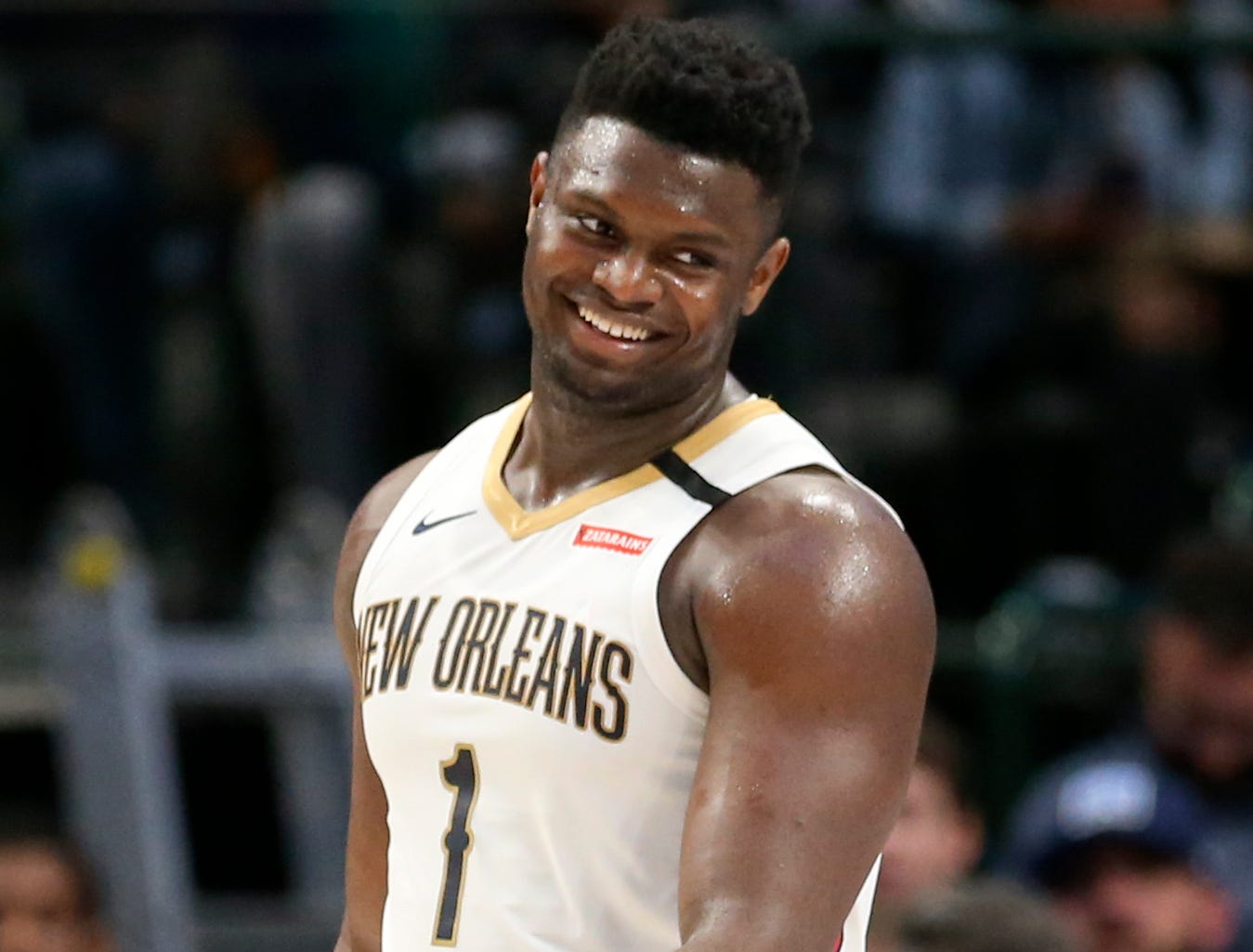 Special accommodations had to be made for the New Orleans Pelicans to get in last year's playoffs; this year, Zion Williamson and Co. will forge their own path, as will Dallas, Cleveland, and Utah.

The Grizzlies, Cavs, Raps, Mavs, and Jazz have 2-0 starts, while the Pelicans’ win over Miami last night was so overwhelming, it feels like they’re 2-0 already.

But that also means that, aside from the reigning MVP, the Bucks are showing early signs of being in trouble, the Pacers and Timberwolves have a lot to learn, and the $120 million kid and No. 3 pick have pretty much been a bust in Charlotte so far.

The Cleveland Cavaliers didn’t need their rookie phenom last night; not when a veteran like Andre Drummond is in the middle and dropping double double numbers. Darius Garland was steady for the second straight game, while veteran Dante Exum stepped up and led all scorers with 23 points on 63.6 percent shooting.

Isaac Okoro finished another strong showing with 15 points, while Damyean Dotson chipped in 10 in the win.

Indiana went back to what they’ll likely fall back on all season long – Domantas Sabonis – who led the Pacers with 18 and nine, shooting 61.5 percent, and two of three from the arc. A couple of happy Holidays had brothers Aaron and Justin combining for 29 points, eight rebounds, and six assists to round out the Pacers’ top three stat leaders; but I’m sure they’d be happier if they weren’t 0-2 to start the pre-season.

Malcolm Brogdon and Edmond Sumner each had 11 points, while Victor Oladipo only came up with nine points. The Pacers shot 45 percent to Cleveland’s home cooking of 51 percent.

So far, LaMelo Ball and Gordon Hayward have been this short of being a bust in Charlotte.

As he did a few times last season, Terry Rozier stepped up to lead the Hornets, but Fred VanVleet and Co. were just too good for the second time in as many games.

No. 29 draft pick Malachi Flynn stepped up in the Raptors’ second game of the pre-season with a 17 point performance last night. The Washington State/San Diego State product averaged 42 percent shooting and 14.4 points in three years of college, 17.6 ppg last year as an Aztec.

Ball actually scored some points last night – 12, to be precise – to go along with three rebounds and two assists. But that’s just two fewer than the guy who makes $120 million. Rozier and Jalen McDaniels added 15 points apiece to lead the Hornets. Devonte’ Graham finished with 13 points and six dimes.

If there were any questions about Zion Williamson’s health and whether his minutes would be on restriction this season, he may have resoundingly answered that question last night, leading the New Orleans Pelicans to a convincing win over the reigning Eastern Conference champions in their first venture of 2020-21.

Williamson’s game high 26 points were rooted in 61.5 percent shooting from the field and 10 of 11 from the charity stripe, while he also grabbed 11 rebounds like the beast he is, and many expected to be last season.

Brandon Ingram was his consistent self, adding 22, six, and six, while Nickeal Alexander-Walker kept pace with 14 on the night. Lonzo Ball matched his little brother’s number with 12 of his own last night, while Josh Hart finished with 11. Newcomer Steven Adams had a humble seven and eight in 19 minutes of play.

Miami was a shell of itself, playing last night without Jimmy Butler, Andre Iguodala, Goran Dragic, Chris Silva, and Udonis Haslem. Let’s see what the kids can do. Tyler ‘Trade Bait’ Herro led with 17 on a 50 percent night, Duncan Robinson followed up with 14, and Max Strus – who played last season with the Chicago and Windy City Bulls – ended up with 11 and seven in his debut with Miami.

Kendrick Nunn finished with 11, three, and five, while Bam Adebayo ended up the night with nine points and eight assists, slightly edging out Adams.

Make it two straight for the Memphis Grizzlies, who usually spend this time of the year hibernating near the bottom of the Southwest Division.

But after a semi-successful dry run last year, head coach Taylor Jenkins has some cohesion and excitement in Grind City not seen since Zach Randolph laced them up here. Jonas Valanciunas, who looked solid in the first win over Minnesota two nights ago, took the lead last night, leading all scorers with 22 points.

Ja Morant was back with 17 last night, and Dillon Brooks made himself known with a 21 point night that outshone D’Angelo Russell. Kyle Anderson had 16, and DeAnthony Melton finished with 11 points.

Anytime that Karl-Anthony Towns is your No. 3 scorer, it’s likely going to be trouble for the Timberwolves, who’ve been nipped twice by the Grizzlies in their own crib. Rondae Hollis-Jefferson made an appearance last night after being buried down the bench in the first game.

No. 1 draft pick Anthony Edwards came off the bench for 12 points, while Jarrett Culver added 13, but everyone else on the Minnesota roster played like they were garbage minutes instead of a pre-season audition. This keeps up, I don’t expect Ryan Saunders to last long.

Kristaps Porzingis sat again, but Luka Doncic stepped up in this game, ensuring that the Dallas Mavericks continued their strong pre-season start, shutting the Milwaukee Bucks down for the second straight game in the FiServ Forum, Milwaukee’s home court.

Newcomer and #VFL Josh Richardson made his mark with the Mavericks, getting 23 points on the night, while veteran Tim Hardaway, Jr. added 17. Jalen Brunson finished with 11, and No. 18 draft pick and Arizona product Josh Green had 10.

Milwaukee went through the same predictable lineup and go-to situations last night as they did in Game One’s loss. First option, Giannis Antetokuonmpo; second option, Khris Middleton. Third option, TBD, but anyone who’ll step up. Last night, it was Bobby Portis again. This needs fixed ASAP, or the Bucks will be a bigger letdown than the Los Angeles Clippers.

Not at five points, two rebounds, six assists and .286 shooting.

Hey, (see snippet above), Milwaukee is looking for a third scoring option.

Otherwise, it’s the same ol, same ol in Phoenix, which led to speculation over the brief offseason that Booker might be looking for a new home.

Certainly Milwaukee and Miami could become immediately attractive options. Philadelphia might be able to swing something if it likes what Booker brings to the table; hell, even a Kentucky Wildcats lineup could give Houston a Big Three with John Wall and DeMarcus Cousins.

As for the Jazz, like usual, they are the silent assassins; the team no one gives any love to. Yet here they are, unblemished in the pre-season. And Bojan Bogdanovic is back, leading last night with 18 points and .444 shooting.

Mike Conley and Donovan Mitchell scored 16 and 15, respectively, while Mr. COVID Himself – Rudy Gobert – had a respectable 11 points, 20 rebound evening to help the Jazz to a convincing 19 point win.

Both get tests against L.A. teams later this week … okay, Phoenix gets a test – playing the Lakers; while Utah gets the free pass of a Clippers matchup.