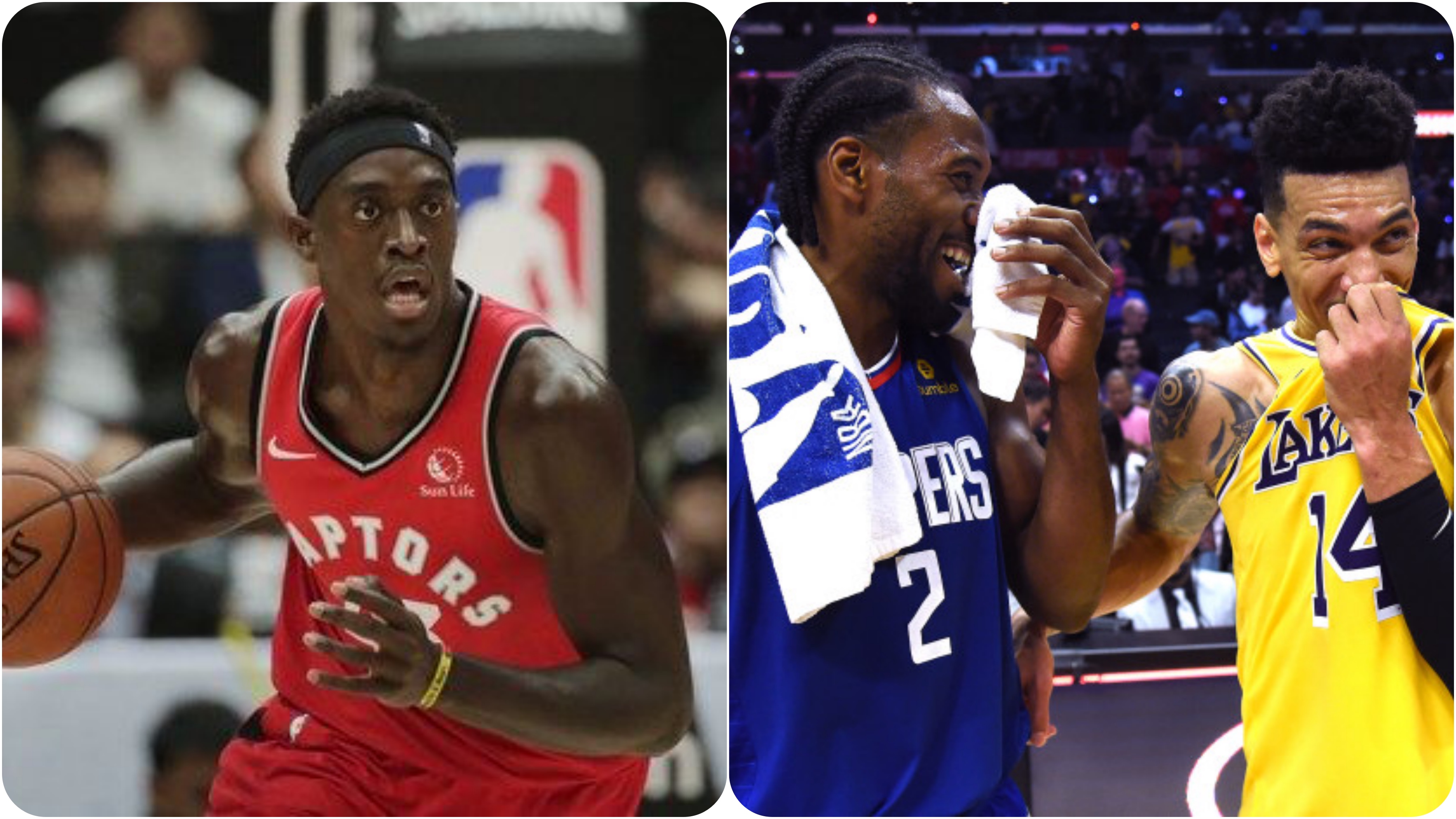 It was a unique Opening Night scheduling genius that ironically featured a couple of former NBA Champion Toronto Raptor teammates going toe-to-toe with one another in L.A., while a former New Orleans Pelican debuted with the Lakers on the same night.

Four teams from four different walks of NBA life met up last night in Toronto and L.A. as the NBA tipped off the 2019-20 season … a season of expectation for many, including both teams in L.A.

With all the anticipation of Zion Williamson’s first official game as a New Orleans Pelicans, New Orleans fans had to settle for the news of Williamson being out 6-8 weeks after successful surgery for a torn meniscus.

It’s just as well. It was Championship Ring and Banner Night in Toronto, minus Kawhi Leonard (see related story below).

What started out as a shaky start for the champs was easy cruising for the Pelicans core of Lonzo Ball and Brandon Ingram, who led New Orleans to the lead for the majority of the game, a lead as high as 11 at one point. The Pels led 61-56 at the half.

Redick has already proven to be a valuable off-season acquisition for David Griffin, shooting 66.7 percent from the field, just a shade behind Nicolo Melli’s 71.4 percent (14 points) off the bench.

But the champs weren’t to be denied on Ring Night, in front of their sold out ScotiaBank Arena regulars, and thousands more outside in the 50-degree temperatures of T-dot.

VanVleet registered a career high last night to help Siakam lead the Raps to the victory, after Lowry made a couple of charity tosses to send the game to overtime, after a Norman Powell miss. The Raptors went on to outscore New Orleans 13-5 to begin the 2019-20 season 1-0.

BATTLE: LA ROUND I GOES TO CLIPPERS

After all the spring and summer hype about the attempted, then eventual, pairing of LeBron James and Anthony Davis, the two stars of the show in last night’s L.A.-L.A. matchup were a couple of NBA Champions that weren’t able to attend their ring ceremony in Toronto.

Danny Green put on a three-point shooting clinic in the third quarter, shooting 71.4 percent overall and 77.8 percent from downtown to keep the Lakers in the game. But it was the mastery of Kawhi Leonard whose Clippers adopted his stealth ninja persona to drub the supposed 2020 World Champions with a 40-29 second quarter and a 27-17 fourth to seal the win … without Paul George.

It was difficult to tell who was pulling for who in the crowd of 19,000+ at the Staples Center, but sentimental value always seemed to favor the Lakers, a team people desperately want to return to supremacy in not only the Western Conference, but in the NBA as a whole.

The Clippers always seem to get treated as the red-headed stepchild. But with a guy like Leonard hitting seven consecutive shots, it’s going to be hard to write the Clippers off, especially since Leonard has joined a cast of characters that had every superstar stripped away throughout the last couple of seasons, yet persevered – and did again last night.

Such play and determination has to be a credit to head coach Doc Rivers, however, he took the win with the stoic demeanor that Leonard does: “It’s just one game of 82.”

The Clippers’ roster additions, aside from Leonard, looked to be more productive off the bench than the Lakers’ as well. JaMychal Green, who came over toward the end of last season, dropped a dozen in 19 minutes of play, and Maurice Harkless came down from Portland to add 10 points, four rebounds and four steals in his first outing as a Clipper.

Dwight Howard, Quinn Cook, Jared Dudley, and Avery Bradley only came up with 21 combined, and JaVale McGee – who I expected more from – disappointed with four points.

Have we seen the last of Mr. Triple Double?
3 Ways the Nets Need to Improve This Season