The San Jose Sharks’ Off Season So Far 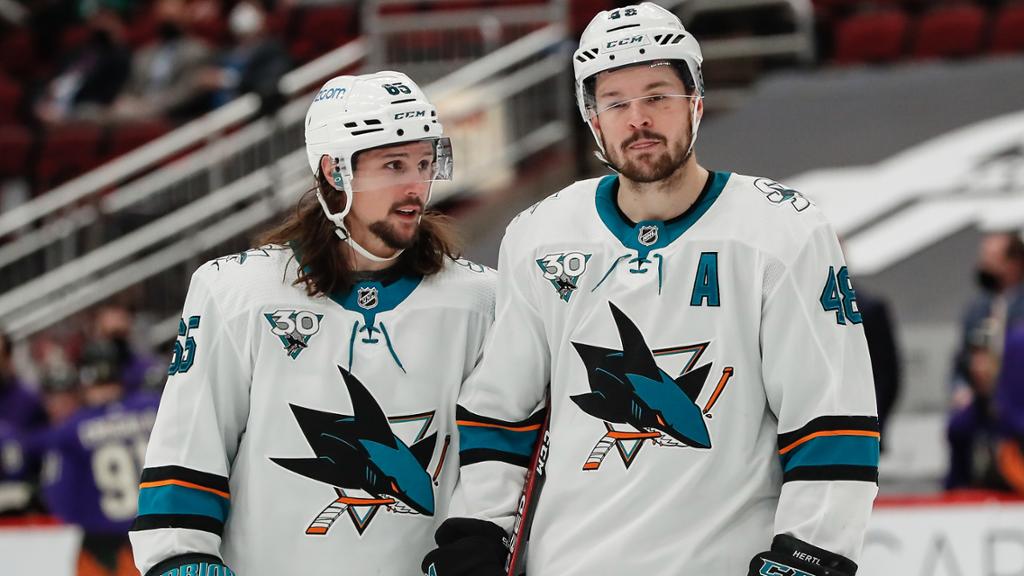 The Sharks have made some steps in the right direction to becoming a more competitive team. But there’s still some work to do.

With the 27th overall pick, the Sharks selected Filip Bystedt from the Swedish Hockey League. Selecting the 6-foot-4, 205-pound center was surprising as Bystedt was projected to be selected in the second round. Selecting Bystedt also meant the Sharks passed on players with, potentially higher ceilings such as Brad Lambert, and Isaac Howard.

Bystedt is a project selection and it’ll take some time for him to be NHL-ready. If Bystedt is able to improve his skating abilities, he could be an impressive power forward that generates offense and is reliable in the defensive zone.

The Sharks had a total of nine picks in this year’s draft. Mike Grier and the scouting team would select four forwards, four defensemen, and one goalie. Like most drafts, it’ll take some time to tell if the 2022 draft was successful or not for the Sharks.

The biggest move by the Sharks has been the Brent Burns trade. The Sharks traded Burns and Lane Pederson to the Carolina Hurricanes for Steven Lorentz, Eetu Makiniemi, and a conditional third-round pick in 2023. The Sharks also retained 34 percent of Burns’ salary.

Losing a player like Burns is always going to hurt a team. Burns was a member of the Sharks since 2011 and won the Norris Trophy in 2017, as the league’s best defenseman. Burns wanted a chance to compete for the Stanley Cup, and he’ll have that chance as a Hurricane.

When it comes to signings, the Sharks have gone with a handful of low-risk high-reward deals. The most notable signing has been the 2-year, $5 million contract given to Oskar Lindblom. Lindblom will be a great addition on offense, and he’ll bring a consistent effort to every game he plays.

Depth scoring was a big issue for the Sharks last season, and it seems the team has gone for more experienced players in order to give their prospects more time to develop. Out of all the prospects, William Eklund has the best shot at making the opening night roster.

Other prospects like Ozzy Wiesblatt, Brandon Coe, Tristen Robins, and Thomas Bordeleau may spend most of the season in the minors, but shouldn’t be ruled out of getting some NHL minutes.

It’s safe to say that the Sharks still have plenty of work to do. The Sharks have yet to replace former coach, Bob Boughner, along with the rest of the coaching staff. Obviously, the Sharks will need to hire new staff by the start of the pre-season, but it would be strange to go most of training camp without a set coaching staff.

With Andrew Burnette becoming an assistant coach for the New Jersey Devils, the Sharks missed out on another potential option for a head coach. Former Shark, Patrick Marleau could become a member of the coaching staff, but the Sharks would still need someone with experience as a head coach in the NHL.

Along with the need for new coaches, the Sharks still have some restricted free agents to sign. Mario Ferraro is the most important player on that list.

Ferraro has become one of the most consistent defensemen on the team, who is deserving of a nice payday. As a new fan-favorite player, Ferraro has received votes of confidence as a potential captain in the future.

Noah Gregor, Luke Kunin, Alex Chmelevski, and Kaapo Kahkonen are also RFAs who will likely be on the roster, or in the system heading into next season.

Finally, The Sharks have some decisions to make regarding their goalies. The Sharks currently have seven goalies in the system. That’s a lot of goalies. Out of the seven, four are NHL-caliber goalies.

I still think it would be best to trade Reimer and resign Kahkonen, and head into next season with a young goalie tandem. Dell could add some stability in net to the Barracuda, and be called up to the NHL if Hill or Kahkonen get injured.

With a wealth of young goalies in the system, it’ll be interesting to see who develops into the next staple in net, for the Sharks.

The Sharks have had a busy offseason, so far, and still have some moves to make. There’s still a good chance of the team adding/subtracting players that will play on opening night.