The State of the NBA: Denver Nuggets 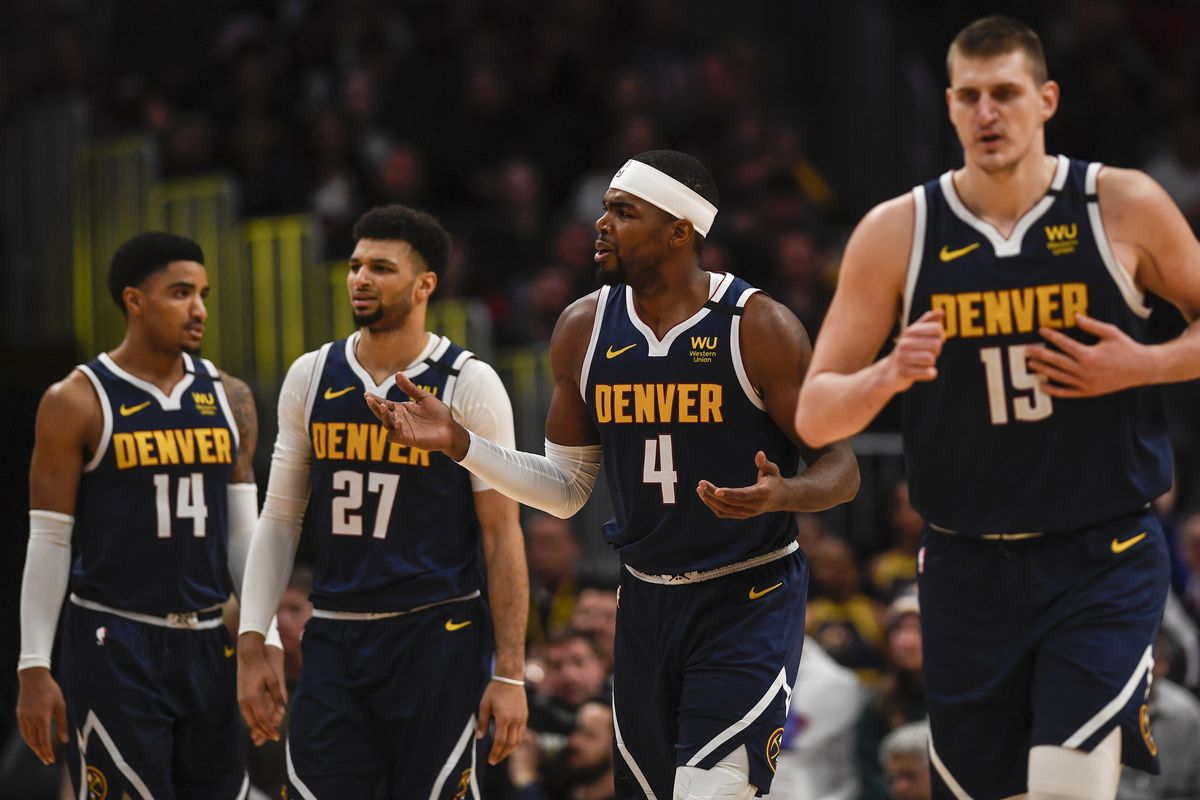 It has been nearly a week since the NBA took an indefinite hiatus due to the coronavirus (COVID-19). There is no telling when the league will resume play, but when it does the Denver Nuggets will carry on as one of the NBA’s best teams.

Prior to the stoppage, the Nuggets boasted a (43-22) record which was good for third in the Western Conference. Coach Mike Malone’s team is led by their all-star center Nikola Jokic, who is averaging 20.2 PPG, 10.2 RPG, and 6.9 APG on the season.

University of Kentucky product Jamal Murray will be the Nuggets’ most vital piece for them down the stretch. Murray has displayed his star potential at times throughout his brief four year career, but he will have to do it consistently on the biggest of stages for this team to reach its goals.

Jerami Grant was acquired at the trade deadline in exchange for Denver’s 2020 first round pick, and he has filled his role well since he arrived. The Nuggets are a deep team that relies on role players like Will Barton, Monte Morris, Malik Beasley, Michael Porter Jr., and Torrey Craig to play serviceable minutes for them night in and night out.

As of now, we cannot answer when the NBA will resume or what the playoff format will look like when it does. However, below is a look at possible first round match-ups and how the Nuggets might fare in each one.

1.       If the playoffs began based on the current standings, the Nuggets would face the Houston Rockets. James Harden and Russell Westbrook would make the Rockets a popular upset pick, but Denver could win this series. Houston and Denver have split their four games this season, with the home team winning each time. The Nuggets will benefit from having multiple quality wing defenders to frustrate Westbrook and Harden to the best of their abilities. Again, Jamal Murray has to be consistent in his playmaking and shooting throughout the series for the Nuggets to advance. This series will be one of the most competitive of any in the opening round; expect it to go at least six games.

2.       There is also a strong possibility of the Nuggets facing the Oklahoma City Thunder in the first round. This would be a more favorable match-up for Denver. There is no doubt that Oklahoma City has had a very impressive season, given their expectations entering the year. Yet, they lack the depth to beat the Nuggets in a seven game series. Mike Malone’s bench will be the difference in this series, with guys like Monte Morris, Jerami Grant, Malik Beasley, Torrey Craig, and Michael Porter Jr. all prospering off the bench.  The Serbian star, Jokic, could use his playmaking ability to abuse Steven Adams in space and exploit him away from the basket. The Nuggets won’t need a seventh game in this series to advance to the next round.

3.       The biggest wild card match-up that could face the Nuggets in the first round is the Utah Jazz. Besides being the first team to be diagnosed with COVID-19, the Jazz have had one of the more bizarre seasons of any team this year. Just a couple weeks ago, a report came out that they were benching point guard Mike Conley amidst their struggles. It then turned out it was Joe Ingles they were moving to the bench, not Conley. Even with the drama, Utah currently sits at the four seed and is capable of beating the Nuggets. A healthy Rudy Gobert is as good a rim protector as anyone in the game and could limit Jokic’s effectiveness around the rim. Meanwhile, Utah has the 3pt shooting to keep up with anyone in the league, which could give Denver issues all series. It is probably in the Nuggets’ best interest to avoid the Jazz in the opening round.

4.       The only other realistic opponent to face the Nuggets in the first round is the Dallas Mavericks. Dallas’ two best players (Luka Doncic and Kristaps Porzingis) have yet to play a minute of postseason action which could fare well for the more experienced Nuggets. Once more, Denver would use its depth to its advantage and wear on the young talent of the Mavericks. If Denver can limit Luka’s scoring, Dallas will struggle mightily on the offensive end due to lack of a second go to scorer. The Nuggets will be the superior team in this series and will likely advance in less than six games.

The conclusion of the 2020 NBA season is unknown to the utmost extreme, but the Nuggets should hope to face either Oklahoma City or Dallas in the first round. Experience and depth will be Denver’s greatest attribute in the postseason, which the Thunder and Mavericks both lack. The coronavirus has affected the sports world like nothing we have ever seen before; it will be very interesting to see when the NBA can resume play, and what their plans will be to finish out the season.

The State of the NBA: Houston Rockets
Delayed NBA Season, So Will Durant Come Back Early?