The State of the NBA: Miami HEAT 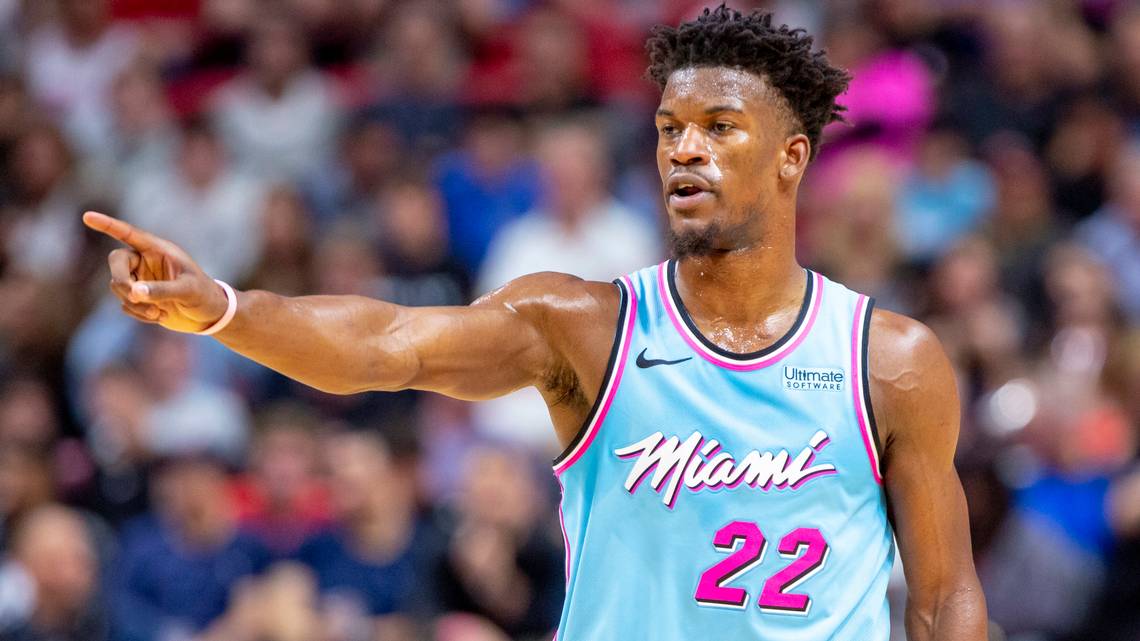 Right now, the NBA is doing everything it can to rescue the 2019-20 season. If and when the season recommences, the Miami HEAT will assume its position as the fourth seed in the Eastern Conference with a 41-24 record.

Coach Erik Spoelstra deserves to be considered heavily for Coach of the Year with the job he has done this year. Jimmy Butler has been a leader for this young team, while consistently producing on the court, leading the squad in scoring (20.2PPG), assists (6.1APG) and steals (1.7SPG).

The emergence of Bam Adebayo has been the biggest storyline of Miami’s season. Bam made his first All-Star team in just his third year in the league, averaging 16.2 PPG, 10.5 RPG, 5.1 APG, 1.2 SPG and 1.3 BPG. He has blossomed into a Swiss army knife with star potential.

Miami has asked a lot of its young players this year, but they have stepped up in a big way. Bam Adebayo, Tyler Herro, Kendrick Nunn, Duncan Robinson and Derrick Jones are all 25 years old or younger, and have all played well this season.

However, Pat Riley added veterans at the deadline to gear up for a playoff run. They acquired Andre Iguodala and Jae Crowder to strengthen the roster.

There’s no doubt that the HEAT are a playoff team if the season resumes. Below are three possible first round match-ups and how the Heat might fare in each one.

1.       If the postseason began with the current standings, Miami would face the Indiana Pacers in the first round. These teams have some bad blood between them, which would make for a very competitive series. The HEAT have won both regular season match-ups, but Indiana was without Victor Oladipo in both games. A healthy Victor Oladipo makes the Pacers a whole different animal, and actually gives them the edge in terms of talent. They have more ways to win and more guys to play through, which will wear Miami down over the course of a seven game series. This is not the first round match-up that Miami wants.

2.       The HEAT could play a 76ers team in the opening round that has stumbled its way through a disappointing season to this point. Philly is only .500 in its last 20 games, with Ben Simmons and Joel Embiid struggling with injuries. Meanwhile, Al Horford was a free agent signing that they have already regretted. Jimmy Butler will be playing with a chip on his shoulder this series, which does not fare well for the Sixers. Miami has won 3 of 4 against Brett Brown’s Sixer team this year. It is unpredictable how healthy Philly’s stars will be when the playoffs begin, and what kind of shape Joel Embiid will be in. The HEAT will take care of business in this series and advance.

3.       The third possible match-up for Miami in the opening round is the Celtics. This would mean the HEAT fell back to the six seed, facing a Boston team with championship potential. Kemba Walker would be the difference maker in this series. Miami will have to play its best perimeter defenders (Butler, Crowder and Iguodala) on Boston’s Tatum, Brown and Hayward. This will leave Goran Dragic and rookie Kendrick Nunn to check Walker; a very bad match-up for Miami. Not only that, but like the Pacers, the Celtics can win games in more ways than Miami. The HEAT do however have the edge in terms of depth with this match-up. Boston doesn’t offer much off the bench, which Miami can exploit in this series. Expect this series to be highly competitive and go six or seven games, with Boston advancing.

Rumors have circulated that the NBA is eyeing a possible return to action in May. That may or may not include more games classified as regular season, or if the schedule will simply involve a version of the playoffs. Whatever the case, the HEAT have definitely answered some questions about their identity this season. They have what it takes to win a series or two in the postseason.

The State of the NBA: Milwaukee Bucks
NBA To Hold A Players Only 2K20 Tournament Airing On ESPN