The Struggles Of Domingo Germán 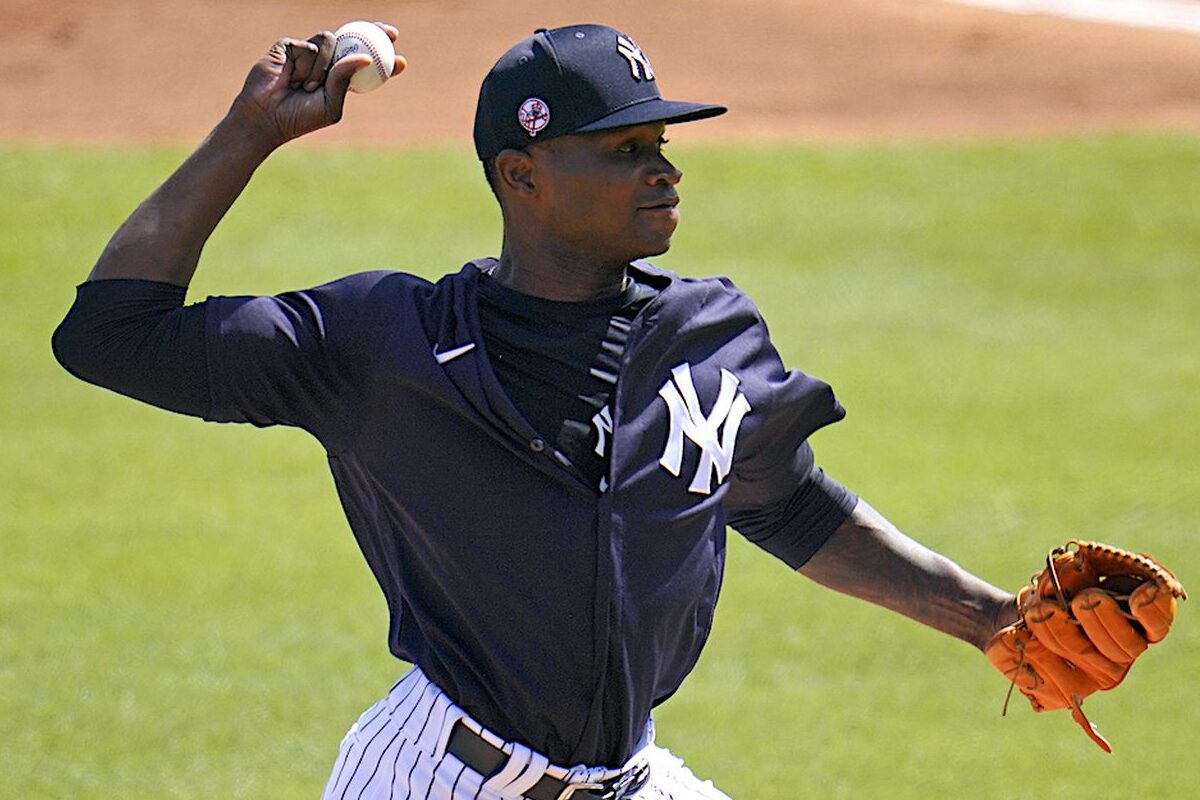 Domingo Germán, a right-handed pitcher for the New York Yankees, has received a lot of negative media attention in the past.

Domingo Germán, a right-handed pitcher for the New York Yankees, has received a lot of media attention in the past. This attention was not what most would call positive. In September of 2019, Germán received an 81-game suspension for domestic violence abuse. While attending a charity gala held by former Yankee pitcher CC Sabathia, things went south rather quickly with his girlfriend. Germán allegedly became physically violent while intoxicated, and slapped her. It was quite the scene, and Domingo has publicly apologized to her and his teammates multiple times since.

Last week, this young right-hander stepped on the mound for the first time since his suspension in September. Many teammates have mixed feelings due to his past, including Zack Britton.

There is no doubt what Germán did was wrong, but there is no denying the fact that he is a talented arm with loads of potential. Prior to his suspension, Domingo was leading Major League Baseball in wins with a phenomenal record of 18-4. He had a 4.03 ERA, with 153 strikeouts. Since this spring training has started, Germán continues to look sharp. Wednesday night he pitched three shutout innings, with three strikeouts. He also proved he could pitch efficiently, getting through his outing with 31 pitches.

Regardless of how talented Germán is, he still needs to regain the trust of his teammates, his coaches, and Yankee fans. The New York Yankees pride themselves on being a professional organization, and will not tolerate behavior like this. No starting position is guaranteed yet, as Germán now has some tough competition. He is currently battling for the five spot in the rotation with no other than Devi Garcia.

Devi Garcia is another talented arm for the Yankees, with a lively fastball reaching up to 96 miles per hour. Garcia has been compared to Pedro Martinez by scouts, and has an outstanding change-up that puts batters away. Both Garcia and Germán are extremely talented, so spring training will be the deciding factor for who gets the fifth starter spot. Germán does have an advantage though, due to the fact that he has more big league experience. Garcia just made his big league debut at the end of August last season.

Regardless of who the Yankees decide on, they have a strong rotation as long as their pitchers remain healthy. This is a valid concern, considering Corey Kluber and James Tailion were both injured last season. So far, The Bronx Bombers are 6-4 and are showing tremendous potential for the upcoming season. Only time will tell what happens, but as fans, it will be exciting to see the battle for the five spot continue.

Green And Gold Report: Oakland A’s Spring Training Report Week One
How Virtual Reality Technology Is Being Used With The A’s And In The Game Of Baseball