The Ten Bubble Teams Warriors Fans Should Be Watching 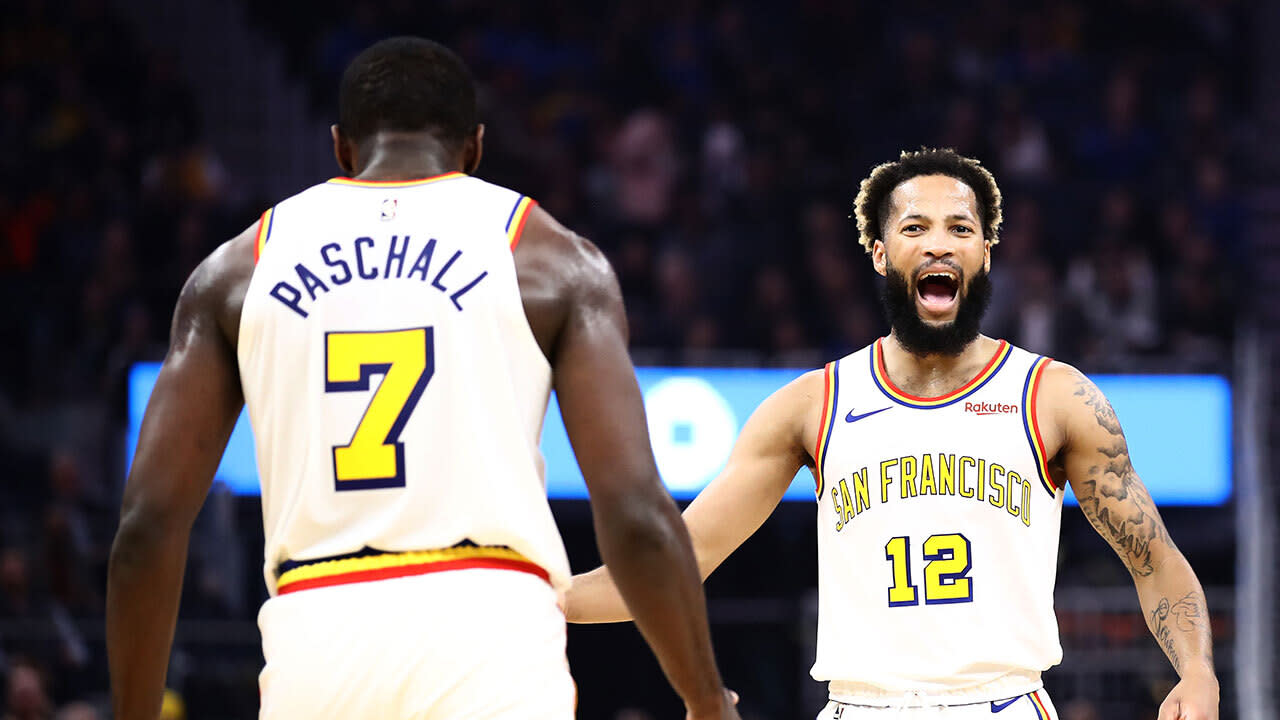 Golden State Warriors fans have to be disappointed that their team didn’t make the playoffs after a dynastic series of runs to the finals. That being said, after a 20 year stretch with only three postseason appearances, Dubs fans are probably alright with taking a year off. Even with their team out of the postseason, its results will impact the Warriors in the years to come, opening up avenues for trades and free agent signings in an offseason where the team is looking to rebuild its core. Let’s take a look at the teams Warriors fans should be watching in order to prepare for the offseason and beyond.

After a season of mostly failed experiments giving rookies major roles, the Warriors will be interested in picking up more experienced players, especially those available for cheap in free agency. Expect a good amount of those players to come from these two teams, which despite being built around young star players are loaded with veteran talent. It’s an open secret that the Dubs are enamored with the Suns’ Aron Baynes, who can proficiently shoot threes despite being built like a tank. It also wouldn’t be surprising to see them make a run at either Dario Saric or Frank Kaminsky. Both players would be upgrades from Dragan Bender (also a former Sun), a similar player who the Warriors liked enough to sign to a 10-day contract.

As for the Bucks, they’re sneakily one of the oldest teams in the league. They have multiple shooting guards on expiring deals that would entice the Warriors in Pat Connaughton, Kyle Korver, and Wesley Matthews. It’s the latter name that the Dubs are probably most interested in–just last season the Warriors were rumored to be in hot pursuit of him in the buyout market. They’ve also been linked to Robin Lopez before, and can only be more interested after a season in which he shot a career-high 34.6% from three. And of course, this is all to say nothing of Giannis Antentokounmpo, who the Warriors will almost surely make a run at in the summer of 2021.

The Warriors acquired a $17.3 million trade exception in the deal that sent Andre Iguodala to the Memphis Grizzlies, meaning they’ll be able to take on a contract of that size by packaging the exception with a draft pick in a trade. Both of these teams have players they’ve been rumored to part with on contracts that fit within the Warriors’ window. On the Pacers, the most likely trade candidate is Myles Turner. The Pacers have a logjam at center to clear, and most fans would be shocked to see them part with Domantas Sabonis, an all-star that was paid only three million bucks this year. This leaves Turner as the odd man out, and the Warriors would be intelligent to scoop him up. He’s only a year removed from leading the league in blocks per game, and his three-point shooting from the center position would add yet another dimension to the Warriors offense

Regarding the Magic, it has been widely speculated that the Warriors are coveting Aaron Gordon. Though his shooting slumped this year, Gordon would excel in small-ball lineups alongside the Dubs’ core, where his athleticism and ability to switch on the defensive end would be maximized. Orlando could be tempted to trade Gordon in order to move Jonathan Isaac to the power forward position once he returns to the court, but if they aren’t, don’t rule out the possibility of an Evan Fournier trade. The 27-year-old is coming off a career-best season, and the Warriors would certainly want an offensive weapon of his caliber on their bench to stretch defenses thin.

With several new teams emerging as playoff threats, Warriors fans have to be interested in seeing both LA teams stress-tested in postseason competition. Both of these teams have apparent weaknesses—The Lakers lack true playmaking depth and the Clippers simply haven’t figured out which lineup of theirs is best to close games out. Though Dubs fans will unfortunately most likely see one of their Pacific Division rivals advance to the finals, they’ll be able to evaluate which strategies work against these teams when it matters most. One could make an argument for the Houston Rockets to also be included in this category, but after playing so many games against them in the past few seasons, the eyes of Warriors fans deserve the break.

To Size up Future Competition, Watch The New Orleans Pelicans and Dallas Mavericks

Though most NBA fans don’t consider either of these teams to be finals contenders, it’s easy to imagine both of these teams giving the Warriors a run for their money a few years down the line. Luka Doncic is playing at an MVP level in his second year in the league, and already claims multiple 30+ point performances against the Dubs. Though they’re a major piece away from having real finals aspirations, that player could come as soon as this year’s free agency. Though the Pelicans will take longer to reach their peak, one could argue that their ceiling is even higher than the Mavericks due to their treasure chest of young players. Zion Williamson, Brandon Ingram, and Lonzo Ball may all very well develop into all-stars, but don’t lose sight of Jaxson Hayes, Josh Hart, and Nickeil Alexander-Walker, who all project to be key role players for this team as they get more experienced.

To Root for Old Friends, Watch the Portland Trail Blazers and Miami HEAT

Just because the Warriors didn’t qualify for the bubble, doesn’t mean their fans don’t have anything to root for! Andre Iguodala has been to the previous five NBA finals with the Dubs, and has a chance to extend that streak to six with the Miami HEAT. Though the HEAT are underdogs in the Eastern Conference, they’ll certainly be a tough out. Eric Spoelstra is one of the best coaches in the league, and the HEAT have not lost a game to the Bucks this season. From a Warrior fan’s perspective, they’re the ideal team to come out of the East.

In that dream finals, the best possible opponent for Miami would be the Portland Trail Blazers. The Blazers are a team full of redemption stories—Jusuf Nurkic looks rejuvenated after missing more than a year due to a broken leg, Zach Collins is also coming back from the injury reserve, and Carmelo Anthony is getting his last best shot to make the NBA Finals. However, the real draw is getting to cheer on Oakland native Damian Lilliard, who’s been eliminated by the Warriors three of the last four years. With the Dubs out of the way, if Lilliard can take the Blazers into the playoffs in the first place, he may be able to carry them to a championship.

Even though Warriors fans won’t be able to cheer on the blue and gold in Orlando, it’s clear that keeping a close eye on the bubble will be advantageous for the team and its supporters alike. Though it will surely sting to watch another team take Golden State’s place in the finals, with shrewd decisions inspired by carefully watching the postseason, the Warriors can easily claim their spot as championship contenders for the foreseeable future.