The Top Eight Dallas Mavericks of All Time 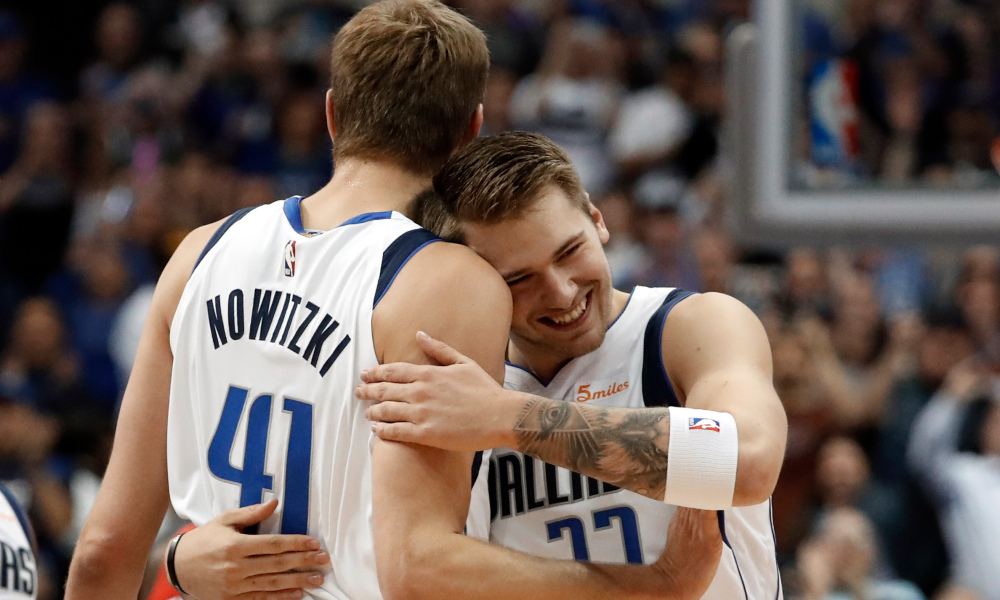 Steve Nash, considered by many as a top 10 point guard ever, (now a head coach for the Brooklyn Nets), enjoyed a brief but successful period with the Dallas Mavericks to start his NBA career.

Although Nash was not tenured with the Mavericks for a long period of time, he began to show glimpses of greatness in his final years with the franchise. As a Maverick, Nash averaged 14.6 PPG and 6.8 AST on 46.8% and 41.6% from the field and three-point range respectively. He was named to his first All-Star team in 2001 with Dallas and received another selection the following year.

Outside of the two All-Star selections and being great friends with Dirk Nowitzki, Nash isn’t known for much else in Dallas other than “what could have been,” had he and Dirk stayed together.

It remains one of the biggest “what if” scenarios in franchise history to date and has kept devout Mavericks fans circling around the topic for years. Would they have won another championship? Would Nash still have been a two-time MVP? Would Dirk have become the player he was?

Perhaps the thought of what could’ve been with Nash and the Mavericks, is better off remaining a mystery, as both went on to achieve success separately that they might not have achieved together. 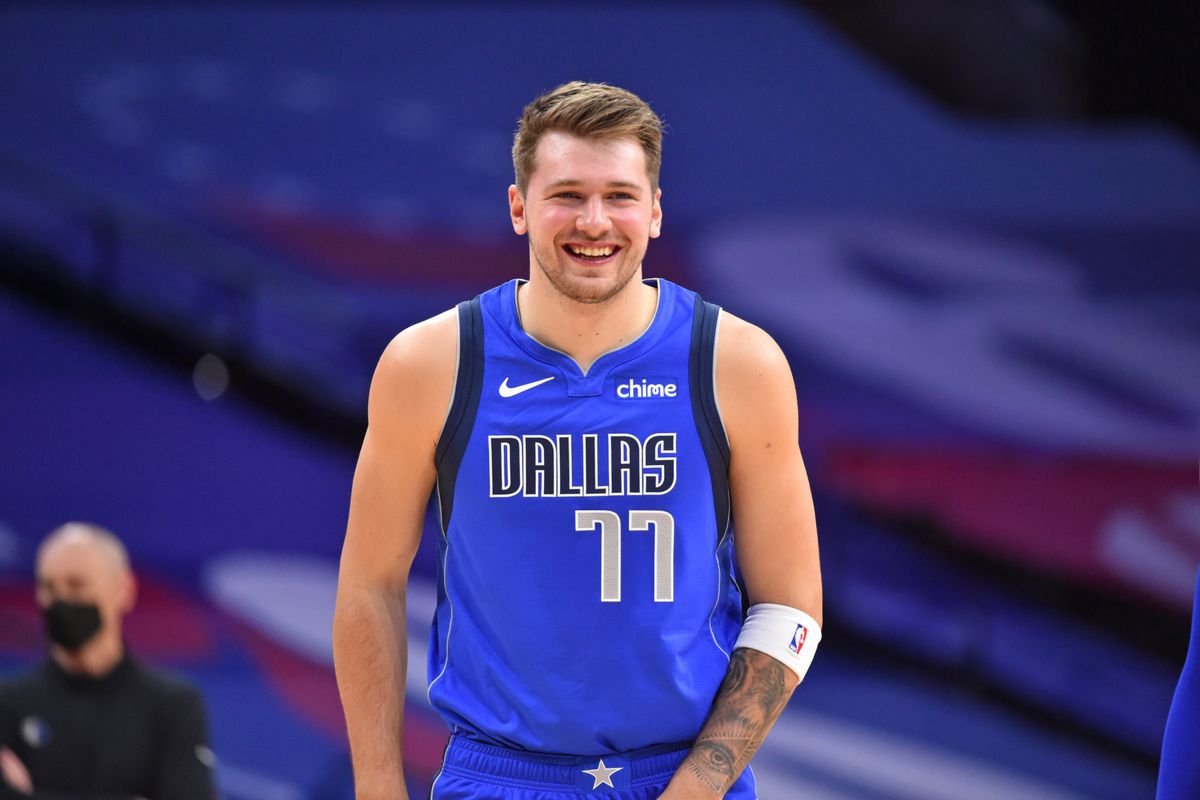 The ONLY reason Luka Dončić isn’t higher on this list is for the fact that he has played just three years of NBA basketball. In that time, however, he has not only shown signs of becoming the best ever in franchise history but one of the best in league history as well.

In three seasons with the Mavericks, Dončić has built a distinguished resume that would make him the clear cut second best in franchise history based solely on accolades:

Outside of Dirk Nowitzki, Dončić is the only other player to ever be named to an All-NBA team in a Mavericks uniform.

In three years time, it is very likely that Dončić will have already claimed the position as the second best in franchise history. After all, the Slovenian Wonder Boy is only 22-years-old. He’s got a lot of basketball left in him. 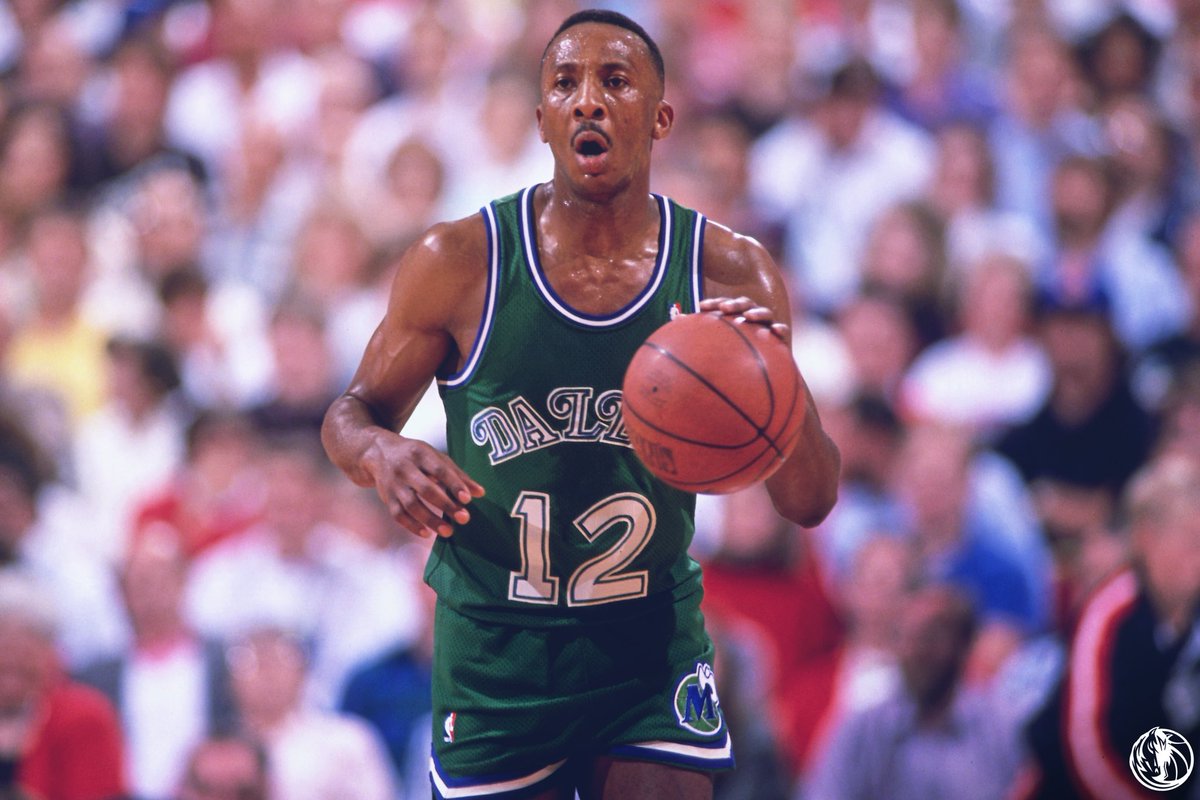 When looking back at the all-time greatest Mavericks, one name in particular is left out far too much. Although he is now known mostly by fans for his color commentary on Mavericks broadcasts, Derek Harper was a fantastic point guard and defensive dynamo for Dallas.

Alongside the likes of Mark Aguirre and Rolando Blackman, Harper’s contributions to the team’s success in the 80’s is often forgotten. His impact, however, was enormous.

Firstly, Harper was a reliable scoring option who consistently averaged upwards of 15 PPG from 1986-1993, averaging 15 PPG for his career with Dallas. He stands third in field goals made all-time and fourth in points. Not only was Harper a consistent scoring option for the Mavericks on relatively good shooting, his defensive presence was elite, as well. He was easily among the team’s best defenders, if not the best, and was named to two All-Defensive teams with Dallas.

To this day, Derek Harper is the team’s all-time leader in steals by a margin of more than 300 from Dirk Nowitzki with 1551 and 1210, respectively. No one else in franchise history has more than 1000. 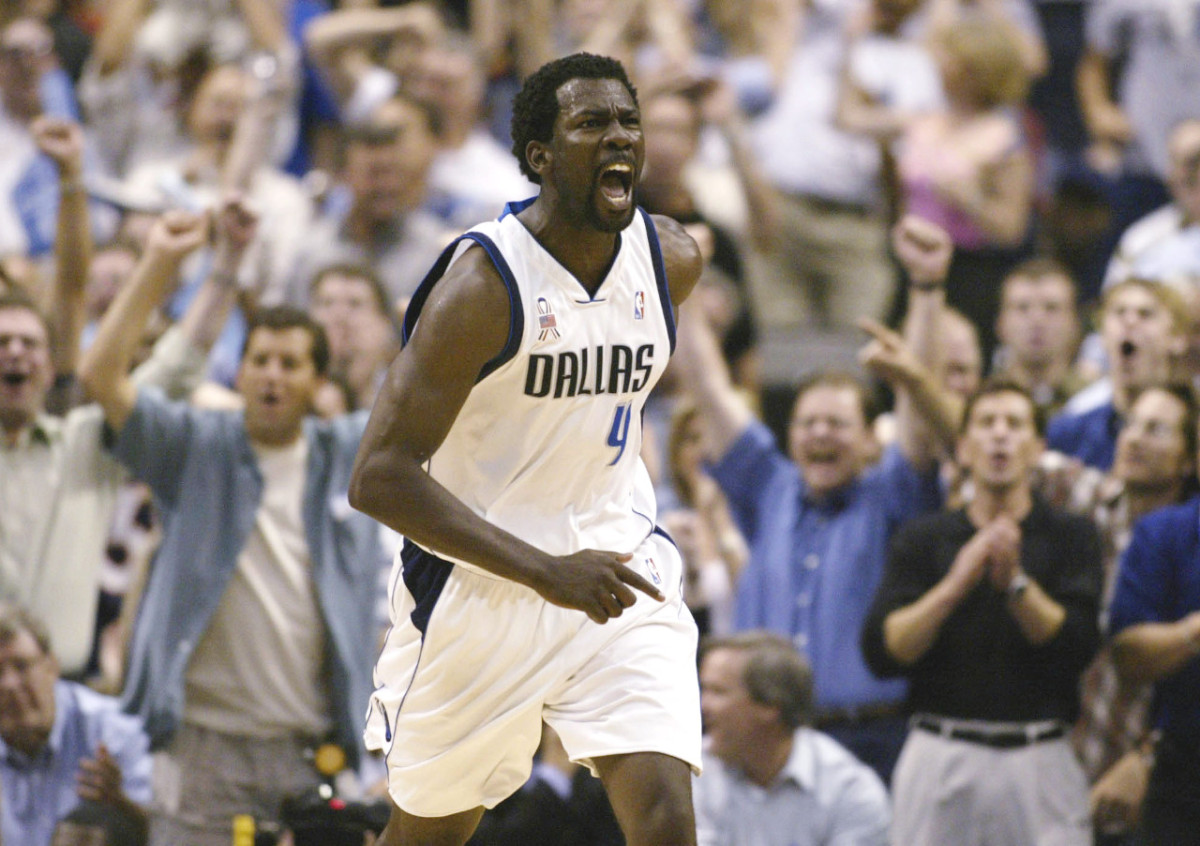 The late 90’s to early 2000’s marked a new era of basketball for Dallas. A young Steve Nash was coming into his own, Dirk Nowitzki was on his way to NBA stardom, and the team began winning games again.

One name that is often forgotten in the midst of the team’s success and Dirk’s star play, however, is Michael Finley. In the eight years Finley played with the Mavericks, his career took off. He developed into a scoring machine for Dallas and was named to two All-Star teams in 1999 and 2000.

What helps Finley’s case even more, however, is that the Mavericks were not just drastically improved during the regular season, but they became serious competitors in the playoffs. In his time with Dallas, Finley alongside Dirk helped lead the Mavs past the first round every year from 2001-2005, and to a Western Conference Finals against the Spurs in 2004.

Although Finley never made a Finals appearance with the Mavericks, he was a phenomenal playoff performer and made his mark throughout his tenure. 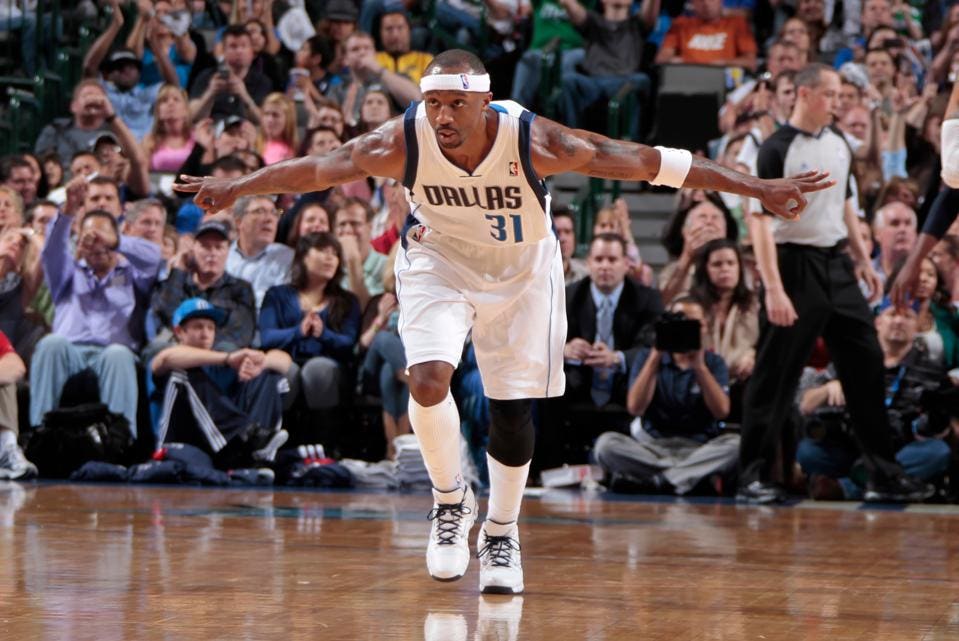 Jason “The Jet” Terry is not only one of the most iconic figures in franchise history, but one of the most beloved as well. Terry signed with the Mavericks in 2005 and enjoyed eight successful and impactful years with the franchise. He received Sixth Man of the Year honors in the 2008-09 season averaging nearly 20 points a game.

While every other player on this list made their impact with a role in the starting line up, Terry did it his own way off the bench and he was exceptional.

The true turning point of his legacy in Dallas came in the 2010-11 season when the Mavericks went on their storied championship run and beat the powerhouse of the Miami Heat. Terry was undoubtedly the teams second-best player and had an electric playoff run, averaging 17.5 PPG on 47.8% from the field and a staggering 44.2% from three.

In the NBA Finals, Terry shined again, averaging 18 PPG on 49.4% from the field and 39.3% from three, with a standout 27-point performance in game 6 to close out the series.

As for Terry’s resume, it speaks for itself:

To this day, Jason Terry remains in the history books of Dallas lore as one of the most clutch and monumental figures in team history. 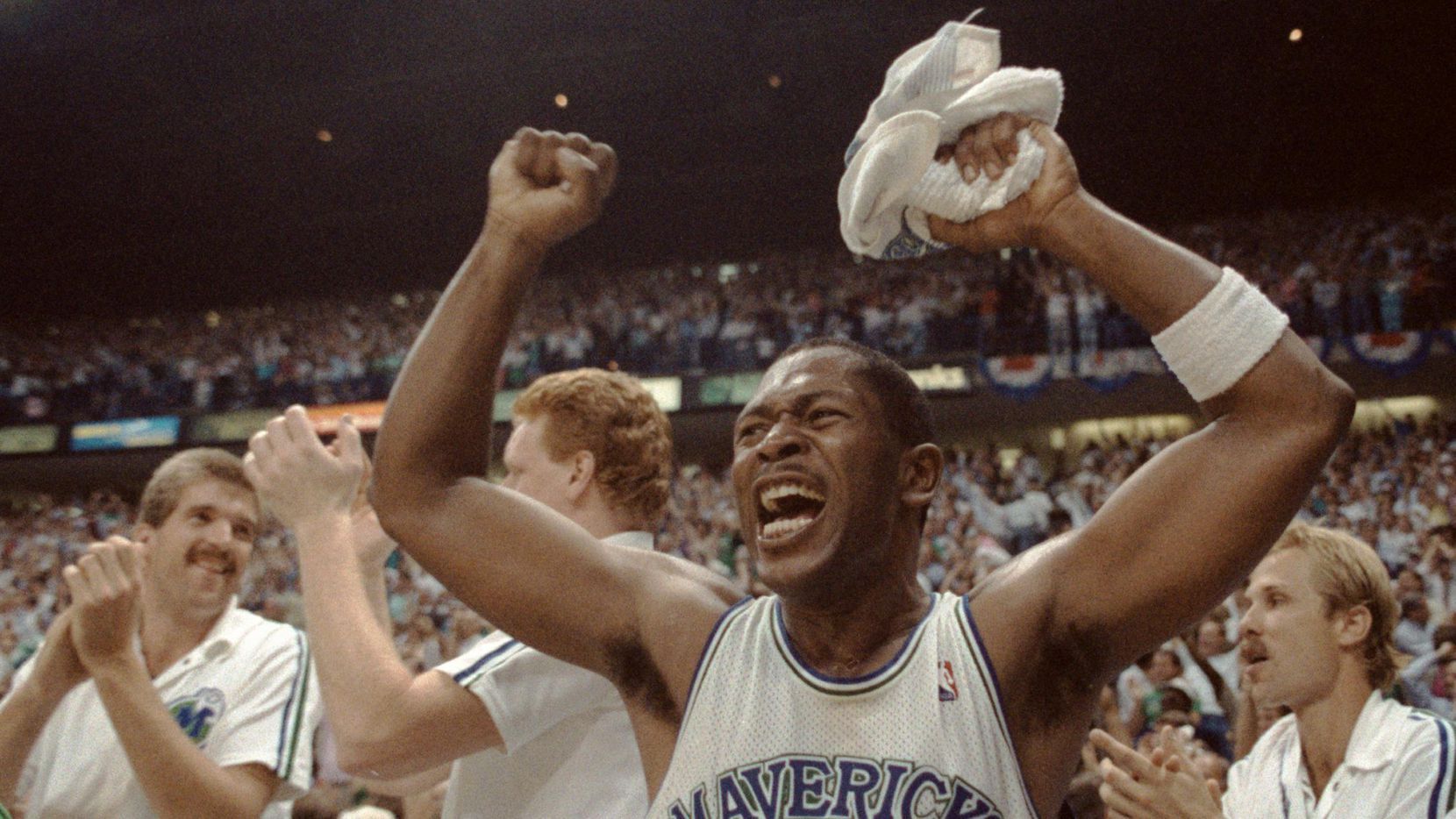 Introduce Mark Aguirre, otherwise known as Ziggy. In his seven-year stint with Dallas, Aguirre was dynamic as both a leader and basketball player. He was among the league’s best at scoring the basketball, posting a career high of 29.5 PPG on 52.4% shooting from the field while being named to his first All-Star team in just his third season.

Perhaps what lands Aguirre so high on this list is not just that he scored the ball so well, but rather the fact that he was the face of a competitive Mavericks team for five straight years in the 80’s.

In hindsight the Mavericks enjoyed relatively little playoff success, but their run in the 1988 playoffs remains one of the best in league and franchise history. They took the Los Angeles Lakers, who would go on to win the championship, to seven games in the Western Conference Finals with Aguirre at the front of it all. He played exceptionally, averaging 24.5 PPG and 6.6 TRB while shooting 51.8% from the floor and 42.1% from three-point range.

Aguirre ended his career with the Mavericks as a three-time All-Star and third all time for points in franchise history.

Rolando Blackman, also known simply as “Ro,” was one of the best to ever do it in a Mavericks uniform.

In his 11 years with the Dallas Mavericks, Blackman was named to four All-Star teams, posting a career average of 19 PPG on nearly 50% from the field.

In no time, Blackman became a fan favorite and one of the most beloved and coveted players in the history of the franchise. Like many others on this list, Blackman was a big part of the success of the Dallas Mavericks in the mid to late 80’s. In the six playoff stints from 1984-1990, most notably in 1988, Blackman was a focal point and reliable scoring option for the Mavericks.

While Blackman was usually the second option to Aguirre, his tenure and individual resume with the team is more than enough reason to land him second on the all time list of Mavericks.

In franchise history, Blackman is:

In every facet of the game, Rolando Blackman was as reliable and solid a player any team could ask for. 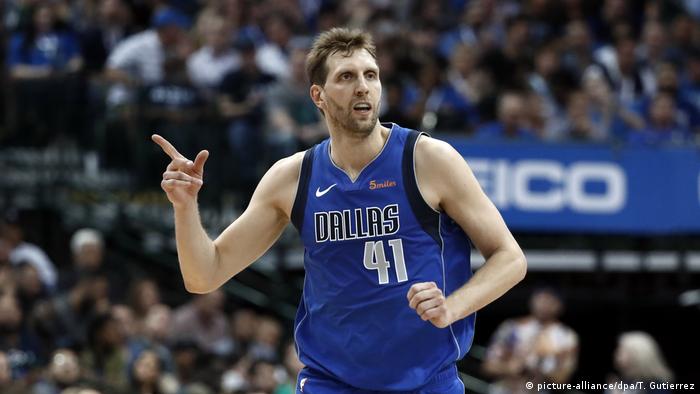 Was this even a surprise?

There isn’t much to argue about this. The Tall Baller from the G stands far and away as the greatest Maverick to ever do it, and no one in franchise history comes particularly close.

Dirk Nowitzki was transcendent in both Dallas sporting history, and the game of basketball. Nowitzki’s shooting touch and ability to score from virtually anywhere on the court changed the NBA forever.

No seven-footer scored the way Dirk did, and his impact is embedded throughout the league today. It is no stretch to say that his legacy stretches beyond just the Dallas metroplex, but more so the history of the league.

Nowitzki is not only the greatest player in Mavericks history, but arguably the history of Dallas sports. Of course that stance is up for debate, but Nowitzki’s 21-year resume with the Mavericks is uncanny.

Nowitzki stands alone as the only player in franchise history to win both league MVP and Finals MVP. Not to mention that Dirk’s finals run in 2011, where he led the Mavericks to their first title ever, is arguably the best ever in league history.

In the 2011 playoffs, Nowitzki and the Dallas Mavericks:

Dirk’s resume in Dallas is one of legend, one that likely won’t be topped for years (besides the promising young talent of Luka Dončić). His legacy, however, is immortalized in the history of Dallas sports. A legacy that no one will ever be able to encompass.