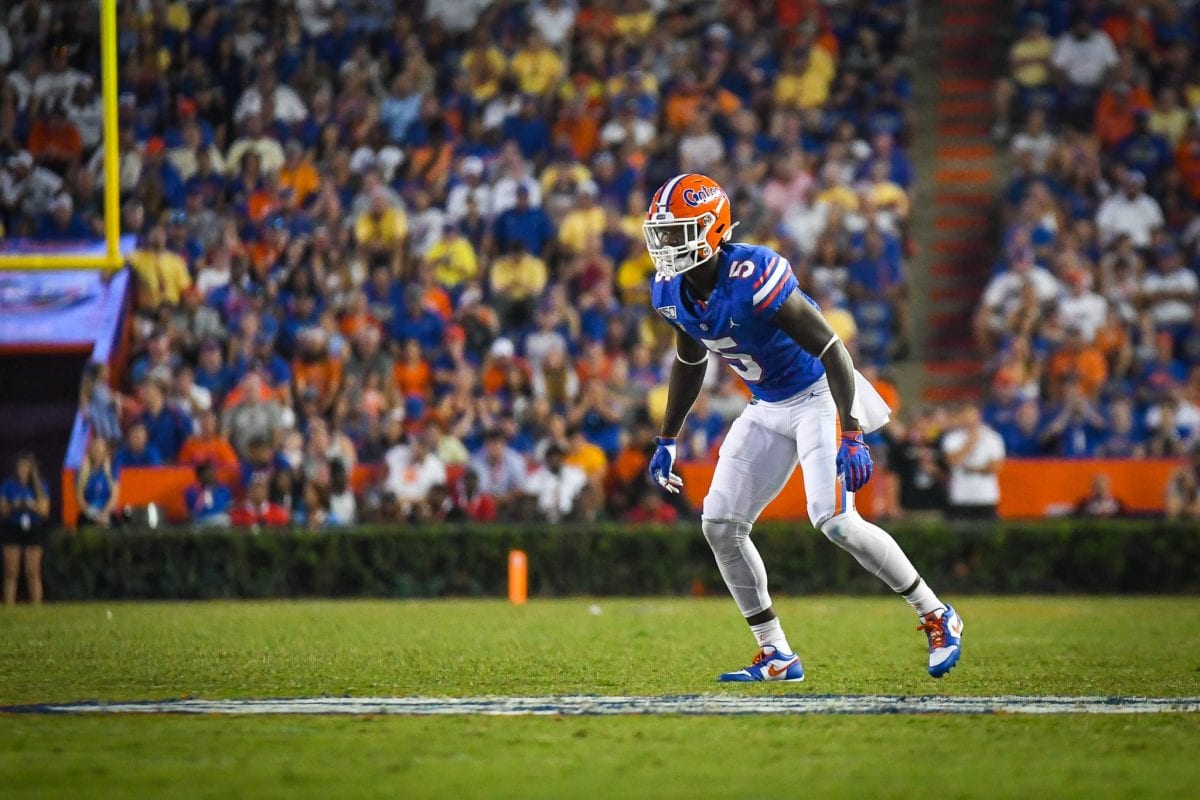 We are on to week three of the college football season. Even though the 2022 NFL Draft is still a while away, it’s not a bad idea to take a look at some of the best players in action today. We have our first SEC showdown of the year this weekend in Gainesville Florida. Nick Saban and his Alabama Crimson Tide will take on Dan Mullen and the Gators. There will be a lot of future pros in that game including Kaiir Elam, John Metchie III, and of course offensive tackle Evan Neal. In another big matchup, James Franklin and Penn State will host Auburn. Be sure to take a look at Jahan Dotson, the wide receiver from State College. He should be a first round pick in this year’s draft. So let’s check out some matchups with a lot of future NFL players on the field.

There is not a whole lot of ranked-versus-ranked action this week, but there are still lots of great prospect matchups that everyone should keep an eye on. The attention will be on Alabama at Florida this weekend, so I will start with a few of the prospects to lookout for in this game. I am most excited for the John Metchie III (Wide Receiver on Alabama) vs. Kaiir Elam (Cornerback on Florida) matchup. I expect Elam to follow Metchie III in this game. These are two of the top prospects at their respective positions in next year’s draft class. They will be battling all night.

The other premiere matchup in this one is left tackle Evan Neal on Alabama vs. the edge rusher on Florida, Brenton Cox Jr.. Evan Neal has a chance to be a top three pick. He is a massive dude and moves really well for his size. On the other side, Cox Jr. is a really natural pass-rusher. He was a 5-star recruit and wins in multiple ways. He’s great against the run, and has a lot of strength for an outside rusher at 253 lbs. He will give Evan Neal everything he can handle on Saturday.

The other ranked-versus-ranked matchup that I am looking out for is Auburn @ Penn State. Jahan Dotson has already had a very impressive season, and he will likely have his toughest matchup so far this season on Saturday. Roger McCreary is a very good corner with not a lot of weaknesses to his game. I don’t think he can keep up with Dotson in terms of speed, but his coverage skills should allow him to cause problems for Dotson.

This doesn’t seem like the game to watch, but if you want to see a really good prospect get put to the test,  George Karlaftis on Purdue will have his hands full against the Notre Dame offensive line. He is well entrenched in the first round conversation, and Notre Dame is an offensive line factory. This is the perfect game for him to come out and prove how good he really is.

Desmond Ridder has the perfect opportunity to prove he’s got what it takes to compete against better competition. He proved that last season against Georgia in the Peach Bowl. He has a Big Ten defense that lead Indiana to a 6-2 season and gave Ohio State everything they could take. They have a lot of the same players that made that happen in 2020, so this is a great opportunity yet again for Ridder and the Bearcats.

Alabama at Florida: The Showdown In The Swamp Preview
Falcons Come Up Short Against Bucs | Takeaways From The Game