The Trouble With Tampering 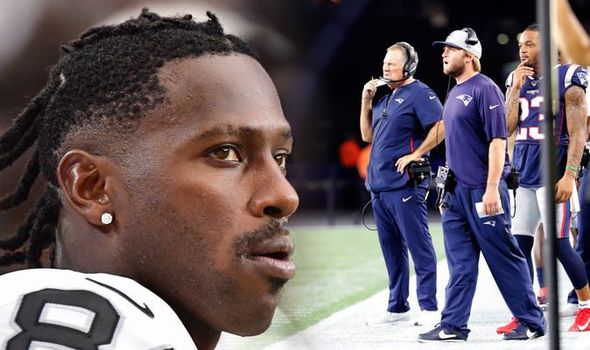 The term “tampering” is thrown around a lot when it comes to the NBA. Teams, coaches and even players can be fined for “tampering,” but what is it? Tampering is when officials from one team initiate discussion with another team’s player, agent or representative in order to convince them to leave. Magic Johnson, former president of the Los Angeles Lakers, and his team were fined $500,000 for tampering when GM Rob Pelinka reached out to Paul George’s agent back in 2017, but the Lakers were also accused of inappropriately contacting LeBron James and Anthony Davis over the last two years. Tampering, it turns out, is fairly common in the NBA, even when fines don’t result.

This brings the question, why isn’t there tampering in football? Well, there is, it just doesn’t come up as often due to the unspoken rule of “legal tampering” set in place by the NFL. Legal tampering is when only team reps and agents are allowed to talk back and forth, pass numbers and even make a verbal agreement during a brief period of time before free agency officially begins.

During that time frame, players cannot visit or talk to teams, phone calls to players by the teams aren’t allowed, and nothing can be officially agreed to, announced or signed until the time the contract expires. For example, this past year From 12 p.m. on March 11th until 4 p.m. on March 13th legal tampering was allowed, and at 4 p.m. on the 13th, the free agent market was officially open.

The topic of tampering recently came up in the Twittersphere, though, when star wide receiver, Antonio Brown, agreed to terms with the reigning Super Bowl champs, the New England Patriots. The signing caused a lot of people to believe that Brown’s antics on the Oakland Raiders was orchestrated to get him out of Oakland and into New England, which in turn, caused people to believe that the Patriots tampered with Brown, while he was under contract with the Raiders.

So, what does this mean for the two parties? Absolutely nothing, considering that the league is not investigating any tampering from the Patriots organization with Brown. The Patriots expressed interest in the receiver when the Pittsburgh Steelers were looking for a trade partner, and reportedly offered them a 1st-round draft pick, but got shot down, since the Steelers didn’t want to trade him to a rival team. So, the information that the Patriots were interested was already public, meaning Brown must’ve known, even during his brief time with the Raiders. Second, after being released by the Raiders, there was a very large market for Brown, and the Patriots just so happen to be the team he chose.

Ultimately, the number of ways there are to initiate contact make it very difficult for the NBA or the NFL to police their policies. Is a direct Tweet or text from a player on one team to a player on another tampering? What about when LeBron James took Anthony Davis out to dinner prior to Davis asking to be traded to LeBron’s Lakers? Was there inappropriate contact between Antonio Brown (or his representatives) and the Patriots (or their representatives) that can be proven to be tampering and punished? It seems the world of professional sports is in desperate need of a consistent way to both police and punish tampering, or it will just continue to be more and more common across the leagues.