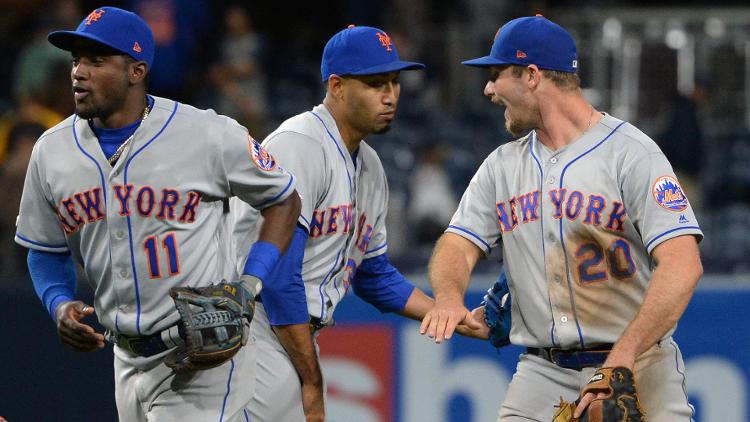 It is the Mets turning their horrid season around, blossoming into one of the best teams in baseball since the All Star Break. The story of the first half was an awful bullpen, no defensive ability, no outfield depth, and incompetent management. Not to mention being 11 games under .500 at the break.

The All Star Break was a much needed break for a team that was still searching for an identity in 2019. The Yankees all year, with the injuries they have had to fight through, have adopted the “Next Man Up” mentality, while recently the Mets have adopted the Finding Nemo slogan of “Just Keep Swimming”.

This mentality is with good reason, as that is what they have been able to do. With tons of teams ahead of them when they returned to action following the All-Star Game. the Mets decided that this season was not a loss cause, and that their goal was to make something of it. In reality, all the Mets could do was try to win games, and not worry about things they can’t control. And that is what they have done.

Riding a six game winning streak right now, the Mets are now three games over .500. Before the winning streak, a loss against the Pirates last Friday ended a modest seven game win streak.

The Mets are finding ways to win games, and have beat up on bad teams, which is what good teams have to do. If you play .800 baseball against bad teams, and a mere .500 against the good ones, your team will usually make the playoffs. In the second half, the Mets have taken 6 of 7 from the Marlins, 2 of 3 from the Padres, 5 of 6 from the Pirates, and 3 of 3 from the White Sox.

Seeing how they have climbed the standings, the importance of beating up on bad teams is highlighted. 18-6 is their record since the All-Star break. What a turn around. And the fans are loving it.

But the schedule following the Marlins series is about to elevate in difficulty, which will be a good test to see just how good the Mets can be when it truly matters. Back to back three game sets against the Nationals and the Braves can truly make or break the Mets recently rejuvenation. . With the Nationals 2.5 games up and holding on to the first Wild Card spot, a series sweep would be truly amazin’.

The Braves on the other hand have not run away with the division, but with a 6 game lead appear to not be giving up much ground. But again, if the Mets can go in and win the series or even split, it will still provide valuable ground in the Wild Card Race. One game out. 47 games remaining. All the Mets can do is just keep swimming, and hopefully come season’s end, they are floating above enough teams to make it into the playoffs.

Can Delvi García be the Yankees Next Big Pitcher?
Very Bad Timing