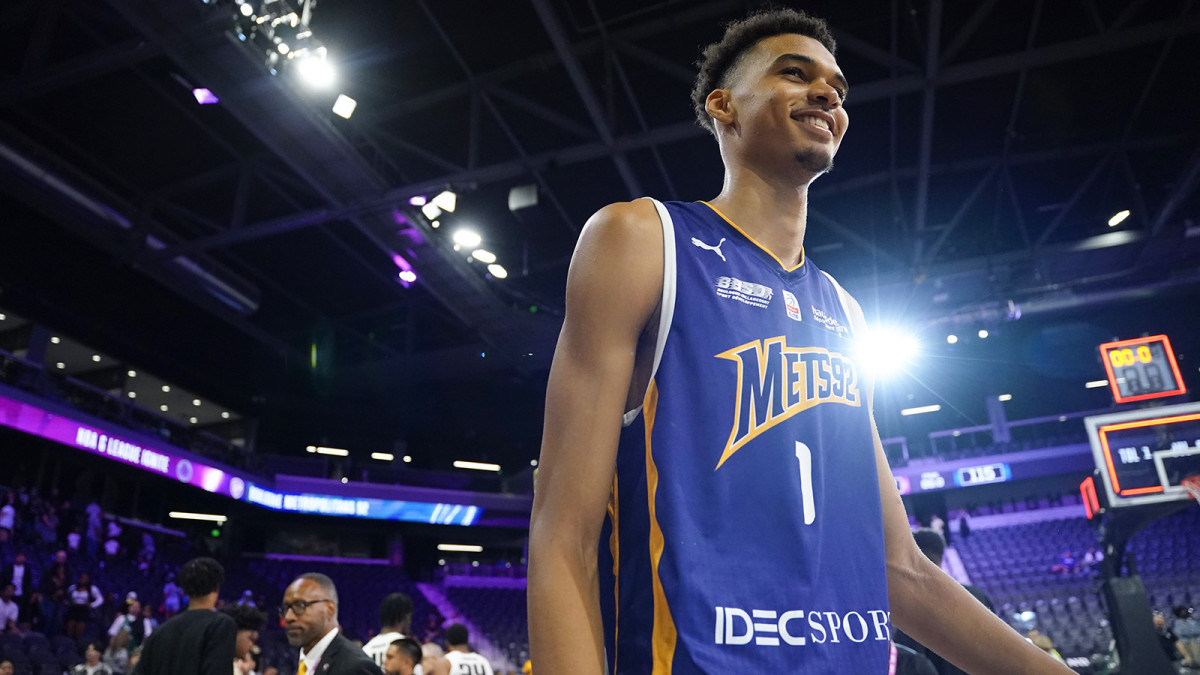 We are about to have an NBA season like none other because of an eighteen year old giant from France. Victor Wembanyama is already being called a “generational talent”, and he won’t play his first NBA game for another calendar year.

Over the course of the last decade, NBA analysts and scouts have thrown around the term “unicorn” when referring to players like Kristaps Porzingis, Scottie Barnes, and Karl Anthony-Towns among others. None of these players have the versatility and skillset of Wembanyama. The frenchman has been measured between 7’3″ and 7’5″ with a range of a 7’10” to an 8′ wingspan. Not only is he larger than Porzingis, but he is significantly more fluid.

It is important to point out the amount ‘unicorn skills’ here. Unicorn skills can be defined as skills which are either incredibly rare, or unprecedented entirely. His first is the aforementioned fluidity for his size. His second is his incredible shooting for his size. Wembanyama shot 7-11 from downtown on his October third showdown with presumed number two overall pick, Scoot Henderson and the G-League Ignite. His third unicorn skill is his ability to dribble like a guard, again being that he is enormous. Wembanyama was used occasionally as a guard in pick and roll settings throughout his first two games in the United States as well. The largest player that consistently does this is Kevin Durant at  6’10”. Wembanyama is at least five inches taller than Durant. Wembanyama also has a divine ability to track down and block shots at an elite level. This is arguably a unicorn skill in itself as well.

Other “unicorns” of the past have contained one or maybe two of these skills. Not only does Wembanyama have the entire arsenal, but he is bigger than the others which donned the same label. Wembanyama is also incredibly efficient. In his two-game debut, Wembanyama recorded just three turnovers. This kind of poise for a player his age makes him all the more enticing. Wembanyama’s post game is similar to a young Ralph Sampson. He patiently uses multiple fakes and has clearly been taught expert foot work. He knows how to use his height to his advantage by holding the ball out where defenders can’t reach it. He makes other ‘bigs’ look tiny in comparison, and has considerable strength for his wiry frame. If this skillset was not evidence enough of Wembanyama’s abilities, he averaged 36.5 points, 7.5 rebounds, 4.5 blocks, 2 assists, and 1 steal over his aforementioned two-game debut. He also shot a combined 9-18 from three point range. While this is a small sample size, it’s important to note the pressure that was on Wembanyama going into his two games against the Ignite, as he was already the consensus number one overall pick in all mock drafts and big boards. The high-school-aged kid has also already gathered praise from stars including Durant, LeBron James, and Rudy Gobert. Wembanyama is the unicorn of all unicorns.

Tanking will be as prevalent as ever this season. The formerly contending, Utah Jazz have just gutted their roster and don’t appear to be finished. The Spurs got rid of their only All-Star, in Dejounte Murray. The Thunder should be just as atrocious as last season, after their number two overall pick, Chet Holmgren was ruled out for the season. The Pistons are getting better but don’t show any true signs of being able to compete in the West. I imagine the Hornets, Pacers, and Rockets will all also be part of this race to the bottom. Let the sweepstakes begin.

You better learn how to say the name, Victor Wembanyama. It is one you will be hearing for a long time.