The Yankees made a huge mistake passing on Lindor and Carrasco 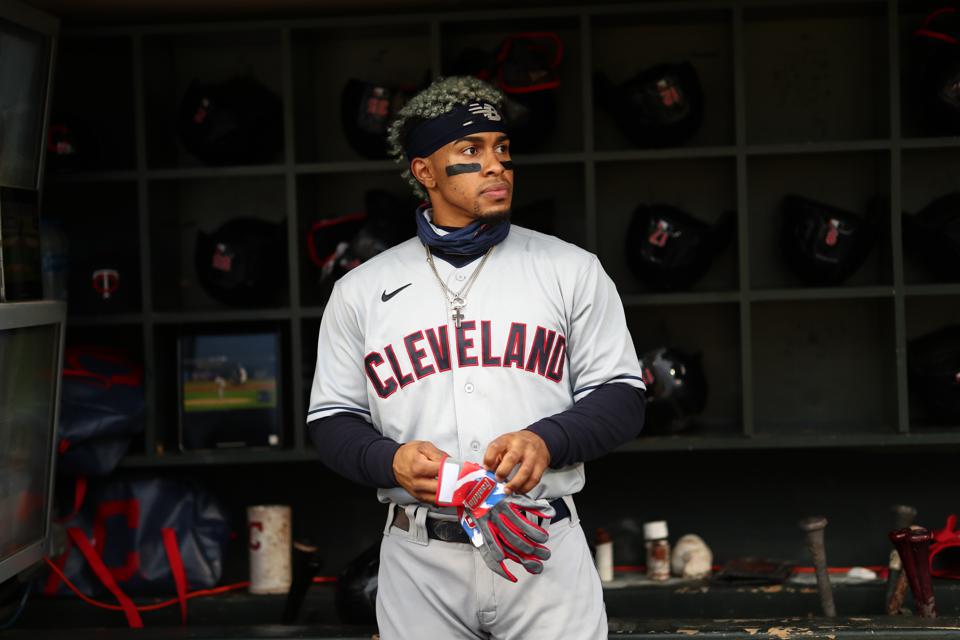 One trade has instantly made the New York Mets from a borderline playoff team to a World Series contender. Last Thursday, the Mets traded for Francisco Lindor and Carlos Carrasco, marking that the Steve Cohen era has officially begun. Subsequently, the New York Yankees have been targeting MLB batting champ DJ LeMahieu all offseason and remain far apart in contract negotiations.

LeMahieu has recently expressed that he feels “dismayed” with how the Yankees are handling contract negotiations and is allowing other teams to speak with him now. Therefore, many fans believed that the Yankees would be better off trading for Lindor. The Mets’ blockbuster trade looks even worse for the Yankees considering the players they sent to the Cleveland Indians were not All-Star caliber players and they received a starting pitcher in Carlos Carrasco that was one of the best pitchers from 2014-2018.

Additionally, Carrasco would have given the Yankees a respectable number two or three starter for several years as he could have also been under team control until 2023. Considering how the Tampa Bay Rays traded 2018 AL Cy Young award winner Blake Snell, refused to hold onto Charlie Morton, and may trade franchise centerpiece Kevin Kiermaier, the Lindor/Carrasco trade would have made the Yankees the best team in the American League.

As previously mentioned, the Yankees would not have to up a lot in return for Lindor and Carrasco. The Indians “only” received Andrés Giménez, Amed Rosario, Isaiah Greene, and Josh Wolf. Giménez and Rosario are two MLB players that can hold their own but may never make an All-Star appearance.

Meanwhile, Wolf will have to climb the depth charts before making an impact at the Major League level as he is in Single-A, and on other hand, Greene played all of five high school games in 2020 before COVID-19 ended his season. Overall, the trade package the Indians received for two All-Stars was very lackluster.

Thus, the Yankees could have compiled a trade consisting of players with similar value. They could have sent OF Clint Frazier, RHP Clarke Schmidt, and two of their top-30 prospects in the lower levels of the minors such as SS Josh Smith and OF Canaan Smith. Without Frazier, the Yankees would still have Miguel Andújar, Mike Tauchman, and a possible reunion with Brett Gardner as their picks to man left field. Even though the trading of Schmidt (their #2 prospect) would sting, Carrasco’s presence would make up for the loss. Therefore, trading away some of their players should not have been a big concern.

Although the trade package may not have burdened the Yankees, the financial cost of Lindor could have been one of the reasons why the Yankees did not add Lindor. Still, while there is legitimate speculation that Lindor will command a huge contract when he tests free agency in 2021, the Yankees should have been able to afford him. Lindor is set to make an estimated $19.5 million in his final year of arbitration, and the Yankees are already planning to shell out $20+ million to LeMahieu for the next few years.

Even though signing Lindor to a $250+ extension or contract in free agency would have negatively affected the Yankees’ chances to retain Aaron Judge, Gleyber Torres, Gary Sánchez, Gio Urshela, and/or Luke Voit, Lindor is more deserving of a massive deal than all of them. Lindor’s rather clean bill of health, consistency, and youth makes him the most ideal candidate to keep around for the long run.

Then there’s Carrasco. Despite him not being the best pitcher available via trade market or free agency this offseason, Carrasco was quietly one of the best pitchers in the 2010s. He even overcame Leukemia in 2019 and won AL Comeback of the Year honors the same season. Carrasco continued to prove why he is one of the better pitchers in baseball as he had a 2.91 ERA in 68.0 IP in 2020. Indeed, the Yankees had little to worry about the ex-Indians starter health-wise.

Given all this information, it is hard to fathom why the Yankees did not pursue Lindor and Carrasco. The one obvious reason is DJ LeMahieu’s impact on the Yankees for the last two years. The incumbent second baseman had two consecutive top-five finishes in the AL MVP race and was arguably the best leadoff hitter in baseball. However, LeMahieu is asking for a five-year contract worth around $25 million per year. LeMahieu is already 32 years old and while his elite contact skills should age well, his fielding metrics and baserunning metrics have already started to decline.

His sudden rise in power (36 HRs in 195 games as a Yankee compared to 49 HRs in 955 games before his tenure in New York) may also decline in the next couple of seasons. Since Lindor is easily one of the best shortstops in the game and only 27 years old, had the Yankees wanted to give him an extension or re-sign him in free agency, he would have been productive for years to come.

There could be a couple of other reasons why the Yankees did not want to pursue this trade. The Yankees may want to hold on to their core of team-controlled players in Judge, Voit, Torres, Urshela, and Sánchez. The Yankees could also be hoping for a reunion with Masahiro Tanaka and that way they would not have to take on Carrasco’s contract.

In all likelihood, the Yankees were scared of how much they would have to give up for Lindor/Carrasco since the team already does not have too much player depth. They also could be banking on the loaded 2021-2022 free agency class filled with shortstops such as Trevor Story, Javier Baez, Corey Seager, Carlos Correa, and of course Francisco Lindor to help them long term. Nevertheless, none of the reasons justify their inaction to add some of the best two players in the game.

Regardless of the reason to pass on Lindor/Carrasco, the Yankees made the wrong decision. The Yankees were financially capable to acquire Lindor/Carrasco, did not have had to sacrifice their top prospects or create another weakness on the team, and could have fixed several holes that may have allowed them to go to the World Series within the next few years. Instead, the Yankees plan to keep pursuing LeMahieu who is not guaranteed to be in pinstripes in 2021.

Consequently, trying to sign LeMahieu to a large contract jeopardizes their chances of adding a respectable starter, and places Torres at a defensively demanding position. Maybe the Yankees will sign Lindor or another top shortstop in 2021. Perhaps, LeMahieu will re-sign, age better than expected, and the Yankees will still have money left to help their pitching woes, but for the time being hopefully this terrible choice will not backfire on the Bronx Bombers.