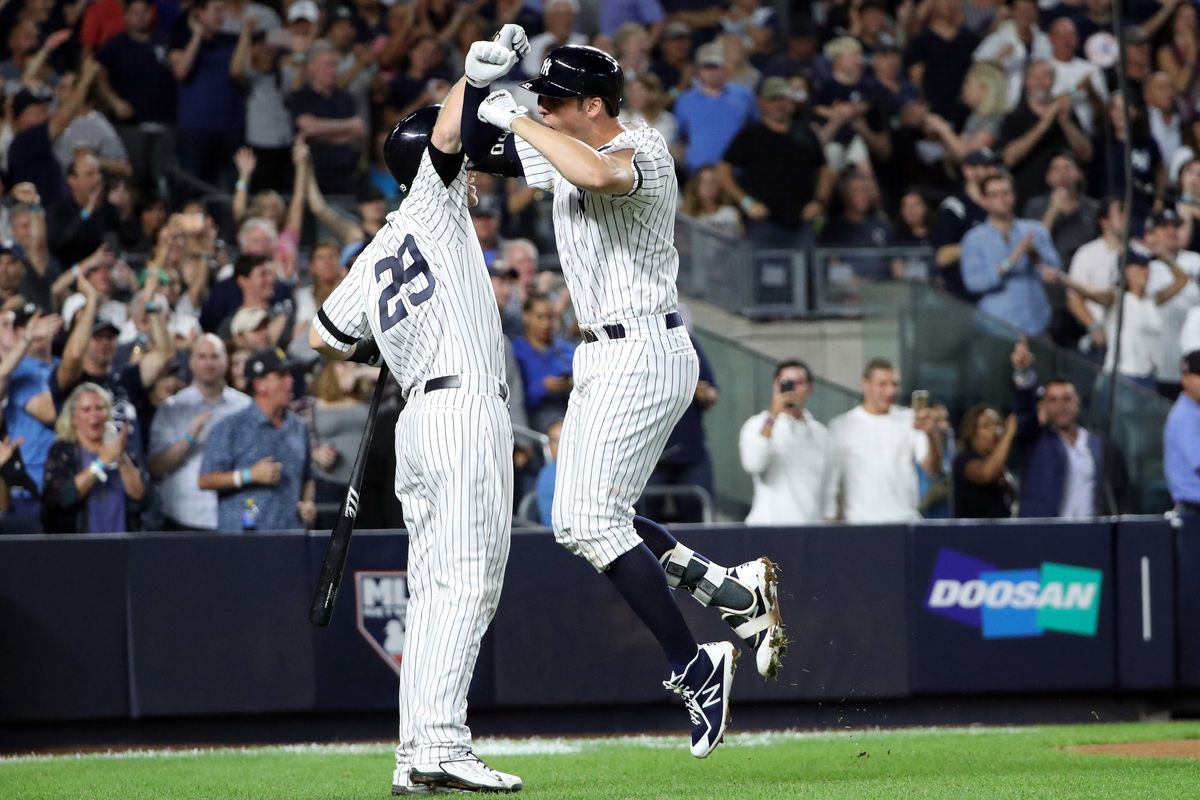 The New York Yankees are set to play a best-of-three game series all on the road against the Cleveland Indians. After losing the season series against the Tampa Bay Rays, there was little hope for the Yankees to regain first place.

At least the Yankees had the chance to capture the number four seed in the AL and clinch home-field advantage during the Wild Card series. However, after their miraculous ten-game winning streak, the Yankees ended the season 2-6 and barely held on to the number five seed and second place in their division over the Toronto Blue Jays. While being on the road is worrisome for the Yankees, their playoff matchup could have been worse.

Although the Yankees lost to the Miami Marlins 5-0 to end the regular season, the Blue Jays coughed up a 4-1 lead and lost 7-5 in their final regular-season game too. If the Blue Jays won, they would have bypassed the Yankees for the number fifth seed based upon a tiebreaker rule.

A Blue Jays win yesterday would have meant that New York and Toronto would have the same head-to-head record (5-5), and intradivisional record (23-17). Thus, the Blue Jays would edge out the Yankees because they had a better record over their last 20 intradivisional games (12-8 vs. 11-9).

This is because the White Sox and Twins rank first and third respectively with the most team HRs in the American League. Meanwhile, the Indians rank dead last in homers in the AL. Furthermore, out of the 110 pitchers that threw at least 40 IP this season, Gerrit Cole, Masahiro Tanaka, and J.A. Happ, their likely Games 1-3 starters rank within the top-35. The Indians could still rough up the Yankees’ starters, but Cole, Tanaka, and Happ give up a fair share of runs via the home run, so they are lucky to avoid Minnesota and Chicago in the ALWC.

The Indians also have one of the worst offensive teams in the AL. They had a 4.13 R/G, tied for the second-lowest in the AL. Besides facing potential MVP candidate Jose Ramirez and the still dangerous Francisco Lindor, there are not many threatening bats in the Indians lineup.

Conversely, the Yankees boast one of the better offensive AL teams. Besides a whopping 94 home runs, they also led the AL with 5.25 R/G. Up and down the lineup, the Yankees showcase deadly hitters. Luke Voit led MLB with 22 HRs, and DJ LeMahieu paced all of MLB with a .364 batting average. Besides Voit and LeMahieu, the Yankees bring powerful sluggers such as Aaron Judge and Giancarlo Stanton, as well as a strong left side of the infield consisting of Gio Urshela and Gleyber Torres.

The Yankees offense does come with a caveat. When the Yankees win, they average 7.1 R/G. On the other hand, when the Yankees lose they score 3.0 R/G. In the playoffs, the talent of opposing teams is much more impressive. Also, the pitching tends to get a lot better, and the Yankees happen to be playing against one of the most talented pitching teams in all of baseball.

The Indians will throw Shane Bieber, Carlos Carrasco, and Zach Plesac. Shane Bieber was the first AL pitcher to win the Triple Crown since Johan Santana in 2006. Carrasco and Plesac are just as lethal and both have a 1.5 fWAR, which is also the same as Yankees’ ace Gerrit Cole. Still, the Yankees should be able to match the Indians starters because Gerrit Cole the third highest in the AL (11.59), Tanaka has the lowest BAA (.157) among all postseason pitchers with a minimum of six starts, and Happ has a 2.39 ERA in his last seven regular-season starts.

Therefore, these two teams are pretty evenly matched; the Yankees are equipped with a better offense, and Cleveland edges New York with better starting and relief pitching. Unfortunately, the Indians beat the Yankees in several other categories. First, the Indians have momentum as they ended the season winning eight straight games and stole second place from the White Sox. Secondly, the Indians are playing at home where they have an 18-12 season record, whereas the Yankees have an 11-18 record at home. Lastly, the Yankees are 11-19 against teams over .500 this season. As a result, the Yankees are the underdog in this matchup.

Even though this Yankees team has their fair share of flaws, and the Indians are the favorites, the Yankees are back in postseason baseball. Moreover, the current Yankees team has a ton of players that played on the 2017 team that came back from a 2-0 Indians series lead in the ALDS. Most importantly, in a short series and against a team that is as talented as the Yankees, the Indians have one goal: don’t let the Yankees get hot in October.

fWAR: Wins Above Replacement for Fangraphs. For example, if a player has a 0.1 fWAR they are worth 0.1 wins more than a replacement-level player (0.0 fWAR).