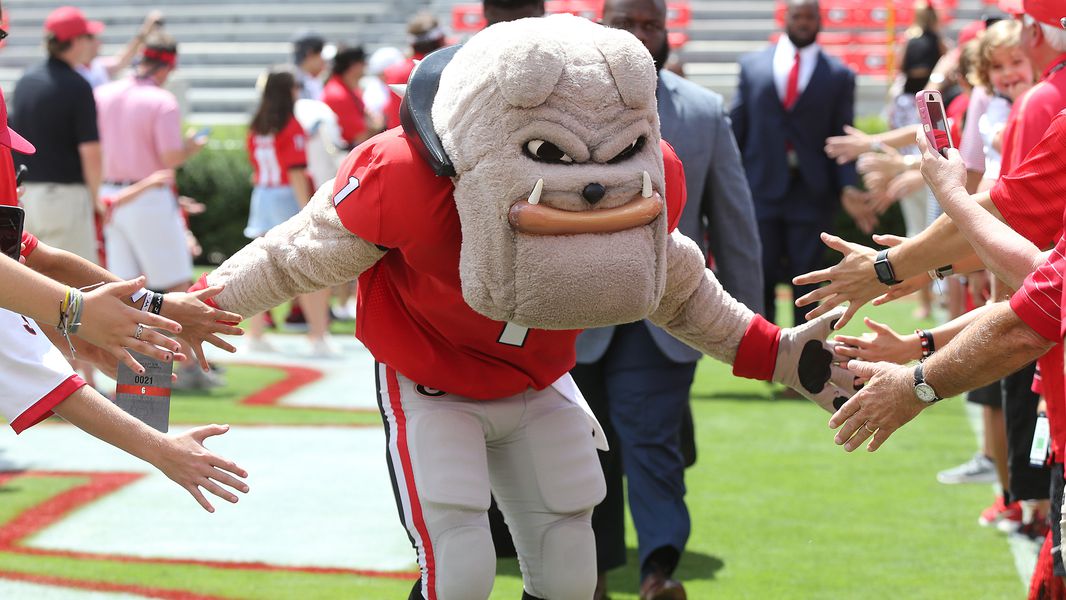 Yesterday we dove deep into the puzzling coaching tree of Alabama Head Coach Nick Saban. Some of his disciples have flourished outside of Tuscaloosa like Jimbo Fisher and Mark Dantonio. On the other hand, a large number of his disciples have failed elsewhere like Jeremy Pruitt at Tennessee and Will Muschamp at Florida and South Carolina. The most polished Saban disciple during his tenure at Alabama has always been Kirby Smart. He was the defensive coordinator for the Tide for eight years, coaching some of the top defenses in the country. So it came as no surprise that the “best” Saban disciple was headed to take over the Georgia Program in 2016. After so many years under Saban, Kirby Smart was ready to on the Georgia program head on. So, it must be asked, what went wrong at Georgia? Why have they failed to live up to expectations, even though they bring in top-five recruiting classes year after year? Today we will get into Smart’s first impressions in Athens, and the moment that Jake Fromm arrived on campus.

On December 6, 2015, Kirby Smart officially took on the role of head coach for the Georgia Bulldogs. At his introductory press conference Smart made a lasting impression on the media. Fighting back tears, Smart talked about how this was a homecoming for his family, and how special it was to lead his alma mater on the football field. Smart attended Georgia to play football for the Bulldogs in the 90’s. He played defensive back for the Dogs from 1995-1998. He also met his wife in Athens, as she played basketball for the Bulldogs from 1999-2003. On the outside, it seemed like a perfect hire for Georgia. During his early moments in Athens, it was exactly that for Smart and the football program.

During his first few days at Georgia, Smart publicly said that he wouldn’t be the head coach at Georgia if it wasn’t for Alabama and Nick Saban. The similarities of Saban and Smart roaming their respected sidelines was uncanny. Saban is known for always keeping calm and never changing his mood, no matter what goes on in the game. Smart was more of the same, but with a little twist. Smart has been known for his sideline outbursts and his annoyance with the media, a trait he picked up from Saban. However, even though Smart didn’t love hearing from the media day after day, he did become more accepting of the media throughout his tenure.

First Impressions on the Football Field

Coming into the 2016 season, expectations were high surrounding the football program. The Bulldogs had a talented roster, and they had their man on the sidelines in Kirby Smart. The Bulldogs finished 9-3 in 2015, so with a new coach, the bar was set even higher. On top of all of that, Smart had a five-star freshman quarterback, Jacob Eason, who was ready to start from day one. In the opener in 2016, the Bulldogs pulled off an impressive win over North Carolina. However, after that the season went straight down-hill.

After toppling Larry Fedora’s Tar Heel team, the Bulldogs struggled against Nicholls State and Missouri. The only impressive win for the Dogs was over then ranked (9) Auburn. However, that victory was made much easier with Auburn’s top running back Kamryn Pettway missing the game. After the impressive Auburn win, things continued to spiral down hill for the Bulldogs. They ended up losing to Ole Miss and Vanderbilt. On top of that, the real nail in the coffin on Smart’s first year at Georgia, was the close loss to then ranked number eleven Tennessee on a hail mary play at the end. The fact that Smart thought the Tennessee game was best performance of the year, is not a good thing, considering it was a loss.

Georgia did have the opportunity to go to a bowl game and pick up a win to give them eight on the season. However, looking back on the 2016 Georgia Bulldog season, a lot of the mistakes were from bad coaching. However, at the time, Smart was a young coach, with room to improve in the future. However, the cracks in a broken offensive system began to show at the end of the year, and some around Athens were quietly questioning if they made the right choice to hire Smart.

What really hurt Georgia fans in the 2016, is that their former coach, Mark Richt, who was the head coach of the Miami (FL) Hurricanes at the time, picked up eight wins that year. Richt averaged 9.7 wins per season while at Georgia, so watching him succeed elsewhere so quickly, made people more and more critical of Smart’s mistakes.

In 2016 the offensive woes started to show for Smart and Georgia. The offense fell from 98th in the country to 101st. On top of that true freshman, five star quarterback Jacob Eason did not progress at all during his year under center. At the end of the season he was barely completing 50% of his passes. This is also where people started to question Smart’s offensive play-calling and his ability to help a quarterback grow.

Jacob Eason seemed like the perfect man for the job in Athens. He came to campus with a lot of expectations considering he was the number five overall recruit in the country. However, Eason never could grasp the Bulldog offense, which is pretty hard to do considering it’s incredibly simple. During his entire freshman campaign, Eason was 204-370, for 2,430 yards, sixteen touchdowns, and eight interceptions. It also didn’t help that the great backfield of Sony Michel and Nick Chubb only averaged 4.6 yards per carry in 2016.

At the end of the 2016 season, there were two things college football fans began to notice about Smart: he simply can’t call plays on offense, and his defenses will always be in the top 20 in the country. However, this is right about the point in my story, that college football pundits and fans alike, where Smart first proved he can’t develop quarterbacks. The one that came after Eason, might have saved Smart’s job for the time being when he came on campus in 2017 as a highly touted freshman. Find out who this is tomorrow in Part III of the series!

*Tomorrow we will get into the Kirby Smart relationship with Jake Fromm, and how he may have saved his job, but also may be a reason he loses it in the end.