There’s a New Sheriff in Sacramento 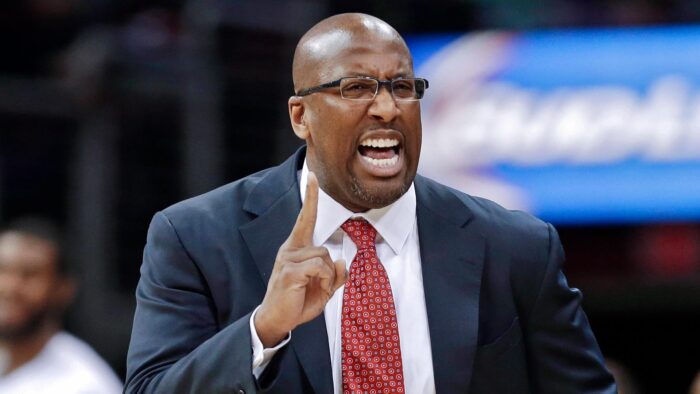 The Sacramento Kings are no strangers to new coaches. In fact, there have been eight head coaches in the last ten years. The dismissal of Luke Walton caused Alvin Gentry’s interim tenure; however, last year’s failure to enter the playoffs caused a foundation shake up. This resulted in the hiring of Golden State Warriors Assistant Coach, Mike Brown.

Mike Brown’s primary goal for this young Kings team was to build a defensive backend that was nonexistent in previous years.

There are many variable changes for the Kings this season. The new arrivals included: Kevin Huerter, Chima Moneke, and rookie Keegan Murray. Domantas Sabonis was still relatively new to the group. Fox was reunited with his University of Kentucky buddy, Malik Monk. When the shooting guard comes off the bench, Monk averages 11.8 points and 4.3 assists.

Despite a 0-4 start to the season, this season looks different for the Kings. Mounting a 6-2 run to even their record, the Kings look more attuned to each other and vast improvements are evident on both ends of the court. Last season, the Kings’ best defense was the offense. Sabonis has contributed from working both ends of the floor, averaging 17.2 points and 10.4 rebounds,  including a near career-high 20 boards against the Warriors.

The 6 ‘3 point guard De’Aaron Fox may be having his best season, averaging 25.9 points, 4.6 defensive rebounds, and 5.8 assists. Fox attributes his recently developed defensive mindset to Coach Brown’s teaching. On ESPN’s NBA Today, Fox was asked about his improvement in defense and credited Coach Brown.

De’Aaron Fox on NBA Today when asked what a successful season looks like for the Sacramento Kings: “It’s being in the playoffs.” pic.twitter.com/v8UMP4helA

Mike Brown has admitted he is “impressed” with the Kings taking on the characteristics he’s requested.

“I have to give the coaches credit. I have to give players the most credit because they’ve worked their tail off. And they bought in and they are trying to do what we asked them to do,” said Coach Brown. “The results don’t mean you always have to win. A win every once in a while helps with the belief. But if they see results on how the game can be different for them as individuals and for us collectively as a group, then the buy-in gets higher and higher.”

Brown has implemented silent practices, which is a method he learned from Steve Kerr. Brown’s thought process is that the team will create spacing and ball movement according to necessity. This method has seemingly helped advance the King’s swift ball movement and defense.

Sacramento has been waiting for a Kings team that will have them cheering as loudly as possible in the Golden 1 Center. Mike Brown is pushing this team to greatness and forcing De’Aaron Fox to be an All-Star.

Paul George is the No.1 Option
The Rockets Double Down With Tanking