“This Is The Grizzlies You’re Used To”: Memphis Rights The Ship In Charlotte 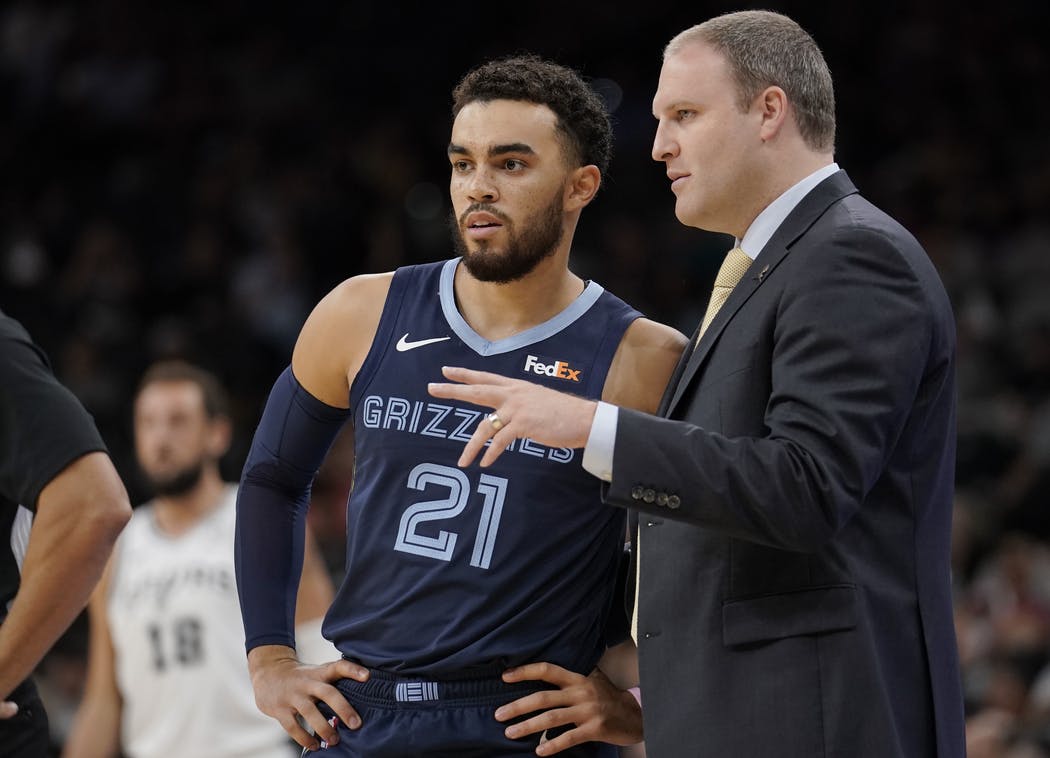 The Memphis Grizzlies ended their 2020 in such catastrophic fashion that one would deem it befitting of the year. Starters came down with injuries, key role players were held out under the guise of safety protocols, winnable games were lost on the back of frustrating turnovers and untimely fouls. As the team celebrated the new year, it was high time to establish a change of direction.

If yesterday’s 108-93 win against the Charlotte Hornets was any indication, the Grizzlies have indeed turned over a new leaf. With the absence of stars such as Ja Morant and Jaren Jackson Jr, one could be tempted to ask this team to simply continue building a playstyle conducive to the missing players despite their absence. Philosophically, that course of action would prioritize building a system to play around, but turn a blind eye to whatever results would follow.

Instead, knowing how much each win matters in a jam-packed conference, Taylor Jenkins and company have pulled an absolute 180 on the team’s identity, to the tune of tremendous on-court dividends. Gone is the Memphis team of last season known for its murderous transition game. Instead, the Grizzlies managed to slow the Hornets to a crawl, only surrendering 86 attempts to a team that had recently put up 96 shots against Brooklyn. Grit and Grind indeed. Of the shots the team allowed, they proved particularly suffocating on the perimeter, forcing Devonte’ Graham and Terry Rozier into a combined 2-22 night from the field.

On the offensive end, the Grizzlies’ revamped playbook was textbook old-school. Though the squad put up nearly 40 attempts from downtown, they clearly made interior scoring their bread and butter. Shooting a whopping 57% from inside the three-point line, the Grizzlies managed to balance their scoring load, finishing with six players in double figures led by Dillon Brooks’ 21 points.

It’s clear that this approach stemmed from the Grizzlies taking their drubbing at the hands of the Boston Celtics to heart. Jenkins reflected on how the loss sculpted their approach: “After a tough night in Boston the other night, I think we really learned something about how to be better prepared for physical defenses, and active defenses and not change how we play”.

However, a difference of schemes wasn’t the only factor Memphis took away from their contest with the Celtics. “The game vs. Boston wasn’t our best effort at all”, said sophomore forward Brandon Clarke, who found his way into the starting lineup for the first time this season. “We just thought that as a team we didn’t really play hard, so we just came out tonight trying to change up that mindset”. Clarke symbolized the team’s revamped effort, utilizing the unmatched spring in his step to the tune of two blocks and four rebounds. He wasn’t the only Grizzly feeling inspired by the Boston loss either. His frontcourt mates went all out as well, particularly on the glass, where Kyle Anderson and Jonas Valanciunas combined for 21 boards.

Even the Grizzlies that didn’t rack up numbers in the scoring column assuredly took an active role in creating shots for their teammates. Tyus Jones was the embodiment of this approach, dishing out 12 out of a team-wide 34 assists. “He really settles in nicely” raved Jenkins. “He just made unbelievable reads, got the team organized, just put us in great spots all night defensively”. Though the sixth-year point guard only managed six points, he may have made the largest impact of the game, finishing with a team-high +/- of +25.

Heading into a two-game series with the Los Angeles Lakers, the Grizzlies will have to play a hyper-disciplined game if they want to hang around with the defending champs. Friday’s contest with the Hornets was a promising start. While the team’s 15 turnovers may still be more than some fans desire, it’s undoubtedly a step in the right direction considering that Memphis coughed the ball up 22 times in their previous game.

All things considered, spirits are high heading into the L.A. back-to-back. “This is the Grizzlies you’re used to”, said Jenkins. “[We had] great effort up and down the entire roster, so much contributions from all nine guys that played.” Facing off against one of the scariest teams the NBA has to offer, the Grizzlies will once more need a similar effort from their roster of nine if they want to hang with the champs. Breaking in their new uniforms in both games, the contests against the Lakers will be nothing short of must-see.