Thomas on the Move? 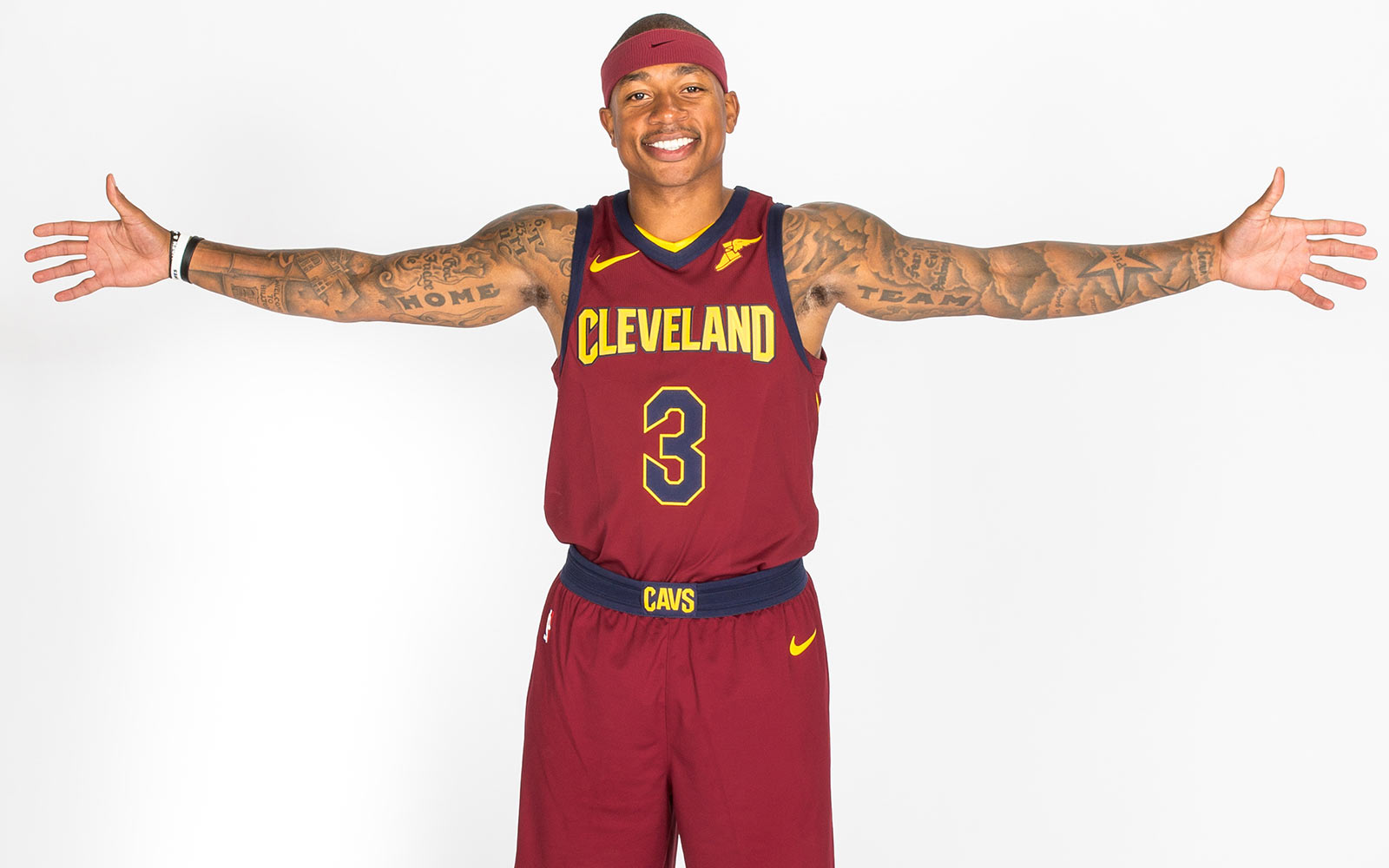 With all of the drama surrounding the Cleveland Cavaliers as of late and whether Isaiah Thomas is to blame, it’s got me thinking one thing. Where is the 5’9” 2x All-Star going to take his talents to after this season is over?

I only say this because unless the Cavaliers somehow make a miracle happen and go from 29th best defense in the league to top 10, I don’t see them winning it all this year. Quite frankly it’s not even a guarantee that they’ll make it out of the East given how bad they are defensively and how streaky their offense is.

Like a lot of NBA fans, I’m wondering where LeBron is going play next season as well, but I’m almost certain of one thing. If LeBron does in fact leave, no one who isn’t on contract past this year is going to stick around in The Land, unless the Cavs offer them max dollars.

Since IT will be the most sought-after free agent (not named LeBron)from the Cavs let’s discuss some potential landing spots for Mr. 4th quarter.

Firstly, I would say the San Antonio Spurs. Due to Tony Parker’s struggles staying healthy the Spurs were very inconsistent at the point guard position this season. However, once Parker made it back he continued to struggle, so being the team-first guy that he is, he told Pop that they should give Murray the starting role. Fortunately that has worked out for them as they sit at third place in the Western Conference at 32-19.

I’m not going to lie, if IT joins the Spurs it would be an adjustment for both him and Spurs since IT is a score-first point guard. However, like most guys who play for Pop, he will learn to get in where he fits in. Not to mention he would be a nice addition to the duo of Kawhi Leonard and LaMarcus Aldridge.

Secondly, he would be a good fit for the New Orleans Pelicans. Although their current point guard, Rajon Rondo, is one of the game’s best passers he’s as disloyal as they come. Ever since being traded to the Mavericks back in 2014 he’s only been signing one-year deals. With that being said, IT would be a good fit because he seems to be looking for loyalty ever since the Celtics traded him too. Not to mention, if DeMarcus Cousins is even close to as good as he was before the Achilles injury, him Anthony Davis and IT will make for an exciting big three. After all, right now they are right in the mix of the playoffs at sixth in the West.

Lastly, the Los Angeles Clippers are a realistic destination. Needless to say the Clippers haven’t been fortunate at the point guard position since 9x All-Star Chris Paul was traded to the Rockets this past summer. In Patrick Beverley, they thought they were getting one of the best defensive point guards in return from Houston, only for Beverley to go down with a season-ending knee injury in November.

Granted, the Clippers aren’t a contender right now, but they’re right on the outside of the playoffs looking in at 24-24, in the 9th spot in the West. However, to be fair I know the Clippers lost more than just a point guard, but if you add IT to the mix with DeAndre Jordan, Blake Griffin and a couple of role players, they could be right back into the conversation for contention.

It’s certain that whatever team IT takes his talents to he’ll help them out but in today’s NBA where there’s super teams all over, it will certainly be interesting to see where he ends up next season.

Who’s Got Rookie of the Year on Lock?
5 Trades That Need to Happen