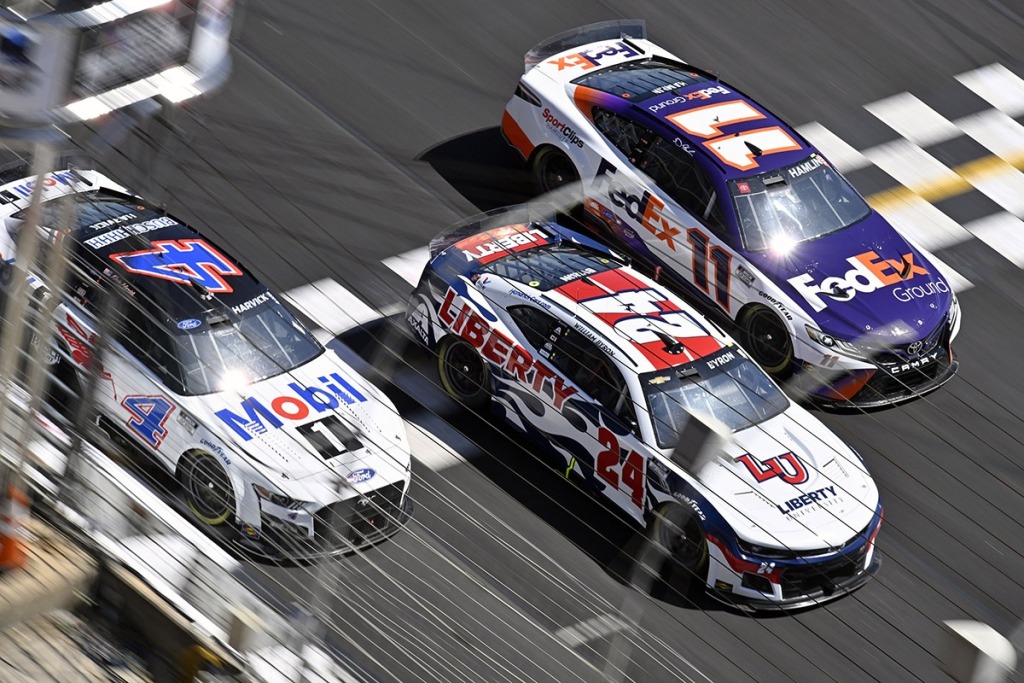 Noah Gragson will win Rookie of the Year and make the playoffs:

Xfinity Series rivals Noah Gragson and Ty Gibbs are both making the transition to the Cup Series at the same time. For Gragson, 2022 was a career year for him in the Xfinity Series earning eight wins in what looked like to be a championship-winning season. However, Gibbs snatched the title away from Gragson in Phoenix. Both drivers have stated that they don’t like each other but do respect each other. It was announced late in the year that Gragson would drive for Petty-GMS in the Cup Series in 2023. It was proven that Petty-GMS can win races throughout the year early in 2022 but never found victory lane until Darlington in September with Erik Jones. Gibbs will drive for his grandfather, Joe Gibbs, in the Cup Series in 2023.

Both drivers have about the same amount of experience with the next-gen car by making some starts throughout the 2022 Cup Series season. Gragson and Gibbs are the two prominent rookies for the Cup Series in 2023. If Gragson were to win a race, he would have to do it early in the season. Last season, there were 19 different winners throughout the season. It isn’t unrealistic for a rookie to win and lock themselves into the playoffs for the first time. Cole Custer won at Kentucky in 2020 and earned a playoff spot and rookie of the year honors. For Gragson to possibly win and get into the playoffs for the first time, it will be a difficult challenge. But it is not unrealistic.

Martin Truex Jr will once again, not make the playoffs:

This might be a stretch as far as “bold predictions” go, but this is not unrealistic. Truex, the 2017 Cup Series champion, missed the Cup Series playoffs for the first time since 2014. Truex was one of the most consistent drivers throughout the regular season, leading the field in stage wins up to the playoffs. Despite being fourth overall in the regular season standings after Daytona in August, Truex finished three points behind Ryan Blaney for the final playoff spot. Up to that point of the season, there had been 15 different winners before Daytona in August. A few days before Daytona, Kurt Busch would announce that he would withdraw from his guaranteed playoff spot from his win in Kansas earlier in the season. Busch continued to battle concussion-like symptoms after a hard wreck during qualifying at Pocono about a month earlier.

With Busch withdrawing from the playoffs, this meant that there were two playoff spots up for grabs during Daytona. Both Blaney and Truex would make it into the playoffs on points if there wasn’t a new winner at Daytona. Unfortunately for Truex, there was a new winner at Daytona. Austin Dillon locked himself into the playoffs with a win at Daytona. Ryan Blaney would be in, and Truex would be out of the playoffs. There is some speculation that Truex is considering 2023 to be his final full-time season in the Cup Series. If this is Truex’s last season in the Cup Series, it will be very similar to his 2022 season. Truex and his crew will not capitalize on opportunities to win and make too many mistakes and will miss the playoffs in 2023.

William Byron is a young man with a lot of talent and a lot of potential. Some considered 2022 to be Byron’s best season to date with two wins early in the season and very consistent finishing results throughout the season. Although, entering his sixth full-time season for Hendrick Motorsports, Byron has only amassed a total of four wins throughout the years. Being only the second driver to win in the #24 car, the first being Jeff Gordon, Byron has high expectations set up for him. The time is ticking down for Byron to make something happen. Byron has the equipment and the ability to win plenty of races, Byron has been bitten by bad luck almost his entire career. This past season, Byron made it to the Round of 8, the furthest he has made it into the playoffs.

If Byron must step up to keep his seat at Hendrick Motorsports, he will have to do it in a big way. William Byron has to make a statement to the rest of the field that he is here to stay. If Byron is to do this, he must win the championship. William Byron will win the 2023 NASCAR Cup Series championship. One thing that has been working in Byron’s favor the last few years is the great chemistry between him and his crew chief, Rudy Fugle. Byron and Fugle worked together in Byron’s 2016 Truck Series campaign, winning seven races in what should have been a championship-winning season for Kyle Busch motorsports. The time is right for Byron, and the time is now. William Byron will be the 2023 NASCAR Cup Series champion.