Three Keys to Brazil Heading into the World Cup 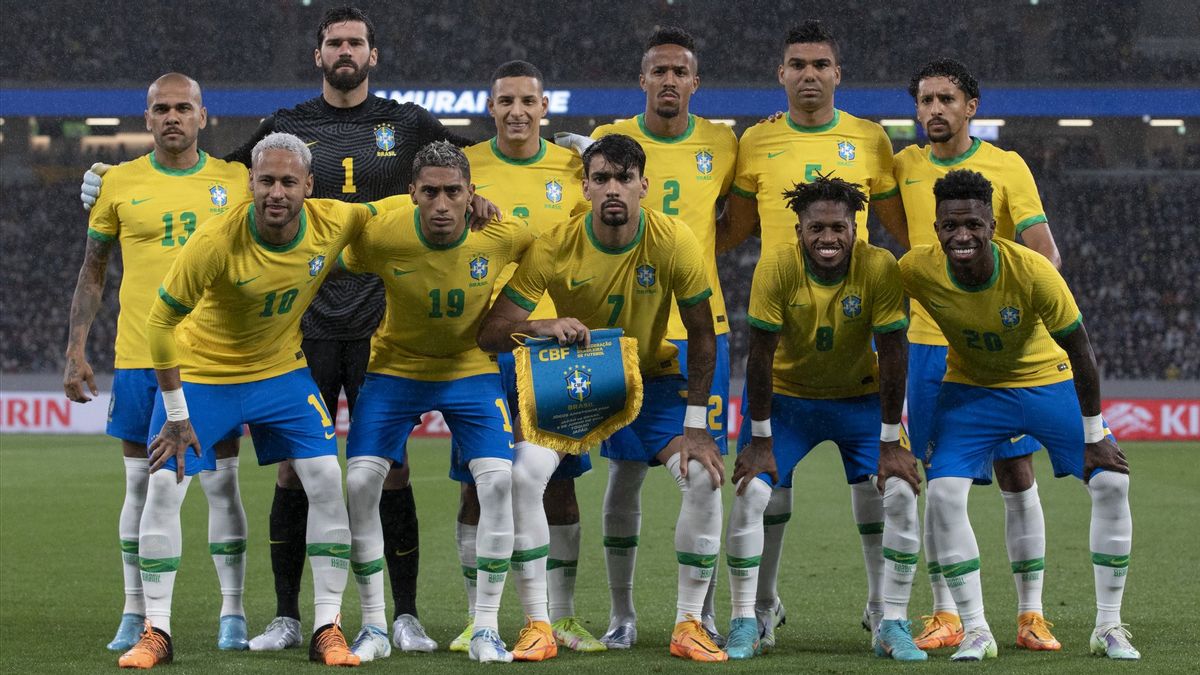 There are three keys to Brazil heading into the World Cup as the number one favorites to win it all. World Cup preparations have already begun with European players meeting up in Qatar to begin training for the big stage next week.

Here is a look at three important keys to Brazil before the start of their first match against Serbia on Nov 24:

Key One: The Hunt for the Sixth Star

Brazil is the most successful nation in a World Cup with five titles. They are also the only team that has qualified for every World Cup since 1930. However, the South American nation has not won a World Cup since 2002. Brazil has produced one of the best footballers in history with the likes of Pele, Ronaldo, Ronaldinho, and Roberto Carlos, all who have won a World Cup in their career.

Their 2014 World Cup run at home ended disastrously and they had an unsuccessful run in 2018. Now, this Brazil team is hungry and ready to make a run for the sixth star. They have without a doubt the best attacking line in the world with Richarlison, Neymar, and Vini Jr, with Gabriel Jesus, Rodrygo and Antony on the bench. The pressure will be on them to win and to establish themselves as the best football nation in history.

Key Two: Richarlison Will be the Player to Watch for Brazil

Richarlison has been the unlikely hero for Brazil and will play in his first ever World Cup for the nation. He had four goals during international friendlies and a total of six goals in six appearances in World Cup qualifying. However, he has dealt with a mid-season calf injury that saw him miss six matches. His only two goals of the year were scored during the Champions League match against Marseille.

It was an emotional moment for the young Brazilian as he scored in his UCL debut in front of his friends and family. Now he will represent Brazil and will be the player to watch with the help of Neymar and Vinicius. Looks like Brazil will play a 4-3-3 or a 4-2-3-1 formation with Richarlison as the main striker.  The 25-year-old will be key to Brazil’s attack, as we expect most of their goals come from him.

Key Three: The Match to Watch out for is Brazil vs Switzerland

They key to Brazil securing the top of the group will be their second match against Switzerland. It’s their toughest opponent in Group G as they meet again in a World Cup Group stage. Last time Brazil tied with Switzerland 1-1, but still came out in first place in their group. They need to watch out for forward Breel Embolo and captain Granit Xhaka.

Embolo has been on great form with Monaco and Xhaka is coming off an unbelievable run of games for Arsenal, putting them in first place heading into the winter break. Goalkeeper Ederson, along with the back line of Marquinhos, Alex Sandro, Thiago Silva, and Danilo needs to watch out for Switzerland’s attack that has the potential to cause some trouble against them.