Three Reasons the Bucks Can Win the NBA Finals 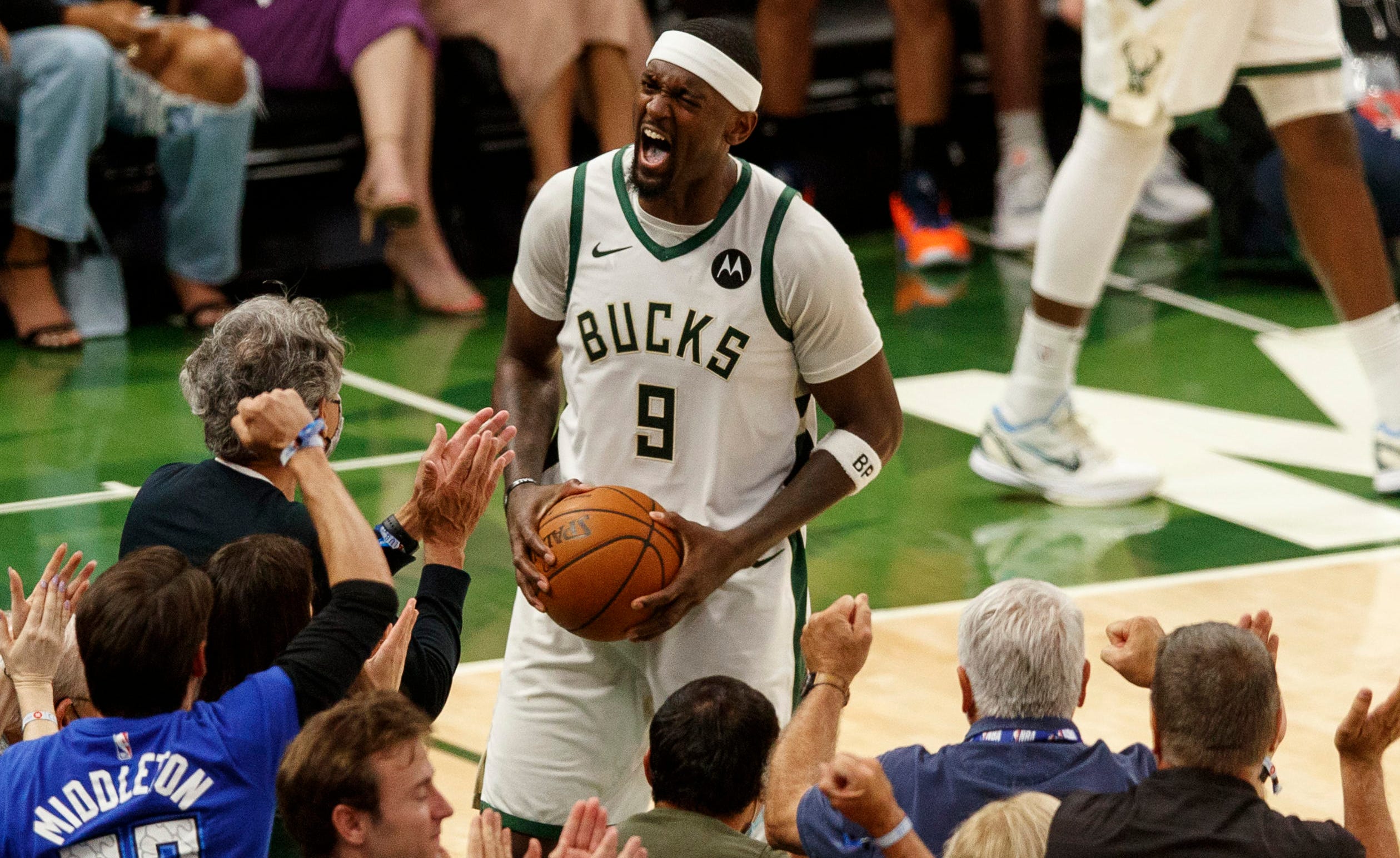 For the first time since 1974, the Milwaukee Bucks have advanced to the NBA Finals. The two-time MVP Giannis Antetokounmpo has had an incredible run this postseason alongside co-stars Khris Middleton and Jrue Holiday. Now, the Bucks trio will match up with the scorching hot Phoenix Suns for the Championship.

Unfortunately for Milwaukee, Antetokounmpo has been dealing with a knee injury since the Eastern Conference Finals. There are now two players in Milwaukee’s starting lineup that have missed games this postseason (Donte DiVincenzo in the first round). Despite many setbacks for Milwaukee, the team shouldn’t be concerned going into Game One. Here are three reasons the underdog Bucks can be victorious in the Finals.

After Antetokounmpo’s knee injury in Game Four, Milwaukee’s chances of advancing looked slim as Trae Young was set to return in Game Six. Yet, in Game Five, the Bucks had four players score 20+ points. One of these 20+ point performances came from Giannis’ starting lineup replacement Bobby Portis.

Portis brought an energy to the lineup that was absent in Game Four. It seemed like every made shot caused an earthquake within the Fiserv Forum crowd.

Portis wasn’t the only player to step up, Milwaukee had contributions from everyone after Giannis’ injury such as Brook Lopez and Jeff Teague. Teague, who had only scored in three games the entire postseason, added 11 points off the bench to boost Milwaukee in Game Six. The supporting cast stepping up after their superstar went down is incredibly promising and should boost Coach Budenholzer’s confidence in his bench unit when Antetokounmpo returns.

Milwaukee has the best defensive rating of any team this postseason (105.5), an impressive feat after facing some of the league’s best offenses in the Brooklyn Nets and the Atlanta Hawks. Their stellar defense has held firm all playoffs and held Trae Young to just 26% from three-point range in the Eastern Conference Finals.

Chris Paul and Devin Booker of the Suns had their own shooting struggles in the Western Conference Finals. Paul shot under 28% in two of his four games in the Conference Finals, while Booker had four different outings where he shot under 39% from the floor. These poor shooting performances came against a Los Angeles Clippers defense without their All-NBA defender Kawhi Leonard.

With the Bucks continuing their defensive dominance and the opposing stars having some shooting struggles, Milwaukee should be able to capitalize on the Suns’ issues in the Finals.

The 2021 Playoffs have been plagued with unfortunate injuries to All-Star players, the latest being Giannis Antetokounmpo. After he went down holding his left knee, it looked like he wouldn’t be returning for some time. Thankfully, Giannis didn’t suffer any ligament damage, and his injury was listed as a hyperextended knee.

After Giannis had missed the rest of Game Four and all of Game Five, Yahoo Sports’ Chris Haynes had reported that Giannis might have suit up if the Hawks were to force a Game Seven. Luckily, the Greek Freak had more time to rest as his team was able to win without him in Game Six.

This news should give Bucks fans some optimism that Giannis should return for the NBA Finals, even if he may be on a minutes restriction.

The Miami Heat’s Biggest Problem and Who Can Fix It
Can the Milwaukee Bucks Succeed in the NBA Finals Without Giannis?