Three Takeaways From the Nuggets Win Over the Pacers

The Denver Nuggets pulled off a 122-119 comeback win over the Indiana Pacers last night. Here are the key takeaways from their improbable victory. 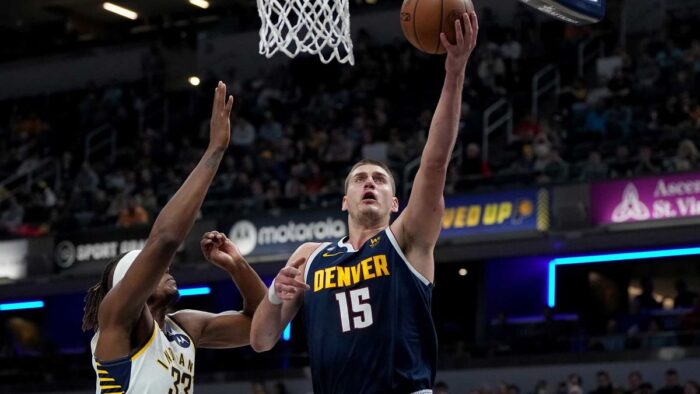 Having accumulated 5 fouls within the opening minutes of the 3rd quarter, Nikola Jokic was forced to sit until the middle of the fourth. In years past, this would have inevitably signified a loss for the Nuggets, as their play without him is often uninspiring to say the least.

Although that was the case in the first half, the Nuggets were able to find key contributions in the third quarter from the deepest roster Jokic has ever had around him. A balanced scoring output saw Jamal Murray, Aaron Gordon, Kentavious Caldwell-Pope, Bones Hyland, and Michael Porter Jr. all score at least 15 points. By the time Jokic checked back in, Denver had cut a fourteen point deficit to only five, which allowed the reigning back to back MVP to steer the Nuggets to victory. 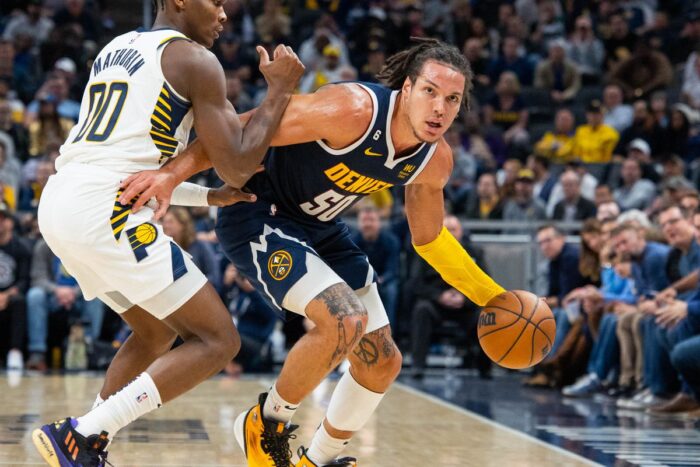 Although the Nuggets’ defense has shown flashes of improvement this season, consistency remains an issue. Pacers guard Bennedict Mathurin caught fire in the second quarter, similar to Portland Trailblazers Anfernee Simons’ outburst a few games back.

However, Denver really turned it on in the second half, prioritizing more pressure on Mathurin and guard Tyrese Haliburton. They held the Pacers’ backcourt to only five points after allowing the duo to score 36 combined in the first half.

Denver needs to improve at limiting heat checks for opposing players, especially guards. Expect this to improve throughout the season, as KCP and Bruce Brown are already making their mark on the perimeter defense.

Hot out the gate

The Nuggets scored 35 points in the first quarter. This has become the norm, as they lead the NBA in first quarter scoring with 33.3 points per game this season.

The first quarter was a breeze for Denver on the offensive end, with all five starters registering at least one assist. This turned into an onslaught of passing maneuvers, tearing apart the Pacers defense. If Denver’s bench unit can find some much-needed stability, opponents will have a tough time trying to keep up with them.