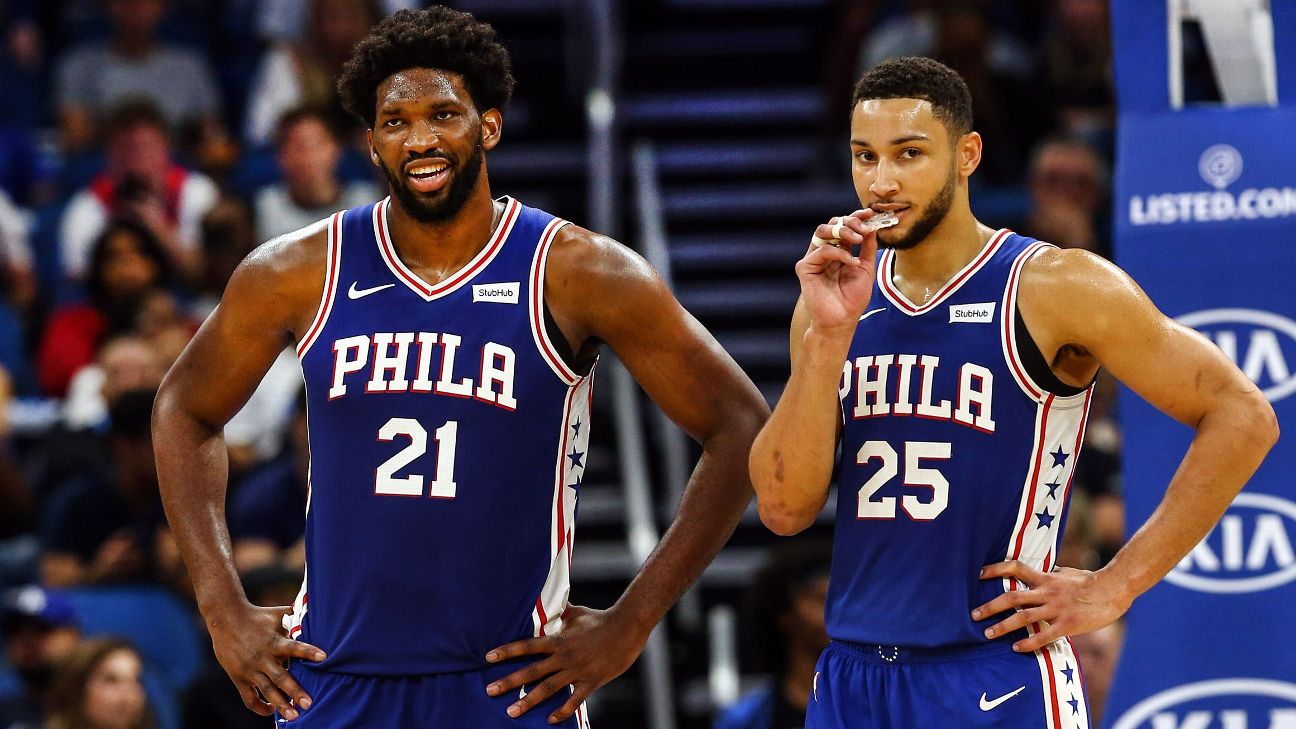 It’s been a tough road trip for the Philadelphia 76ers. While they are notoriously bad on the road in the Ben Simmons and Joel Embiid era, early on in the year it looked like they turned a corner. They’ve since fallen back to earth, dropping three straight games on the road, all to Western Conference teams.

To be fair to the 76ers, they played some tough teams. The Portland Trailblazers, the Phoenix Suns and the Utah Jazz are all playoff teams in the West right now, and the Suns and Jazz are in the top four. Still, if you want to be the best (and the 76ers definitely think they have a window right now) then you need to beat the best, and it’s something they struggled with on their road trip. Here are three things I’ve learned about the 76ers from their three losses.

1. Shake Milton is Crucial to this Team

Milton went down late in the first game of the road trip against the Sacramento Kings. It was the only game the 76ers managed to win. Even though his impact wasn’t huge (just eleven points) that eleven points means more than you’d think. Without Shake, the bench unit completely lacks scoring.

In their three games without Milton, the bench has been tragically outplayed. The Blazers bench killed the 76ers 45 to 19. The Suns bench outscored the 76ers second unit 51 to 20. The Jazz with leading Sixth Man of the Year candidate Jordan Clarkson dominated the bench scoring 57 versus the 76er’s 25. They got more than doubled up in every game. On the other hand, with Milton in the lineup against the Kings the bench scoring was 32 to 21 in favor of the 76ers. Of course, those other three teams are much better than the Kings. In addition, two of those teams had one bench guy go absolutely nuclear (Carmelo Anthony and Clarkson) but the numbers are still staggering.

Milton is the only one that can consistently create his own shot on the bench, an invaluable asset. The rest of the 76ers bench unit are highly specialized. Dwight Howard can only score on putbacks, Matisse Thybulle can only play defense, Furkan Korkmaz is really only a spot up shooter. Korkmaz has tried to be the primary scorer and handler off the bench in Milton’s absence and the results have been terrible. On this road trip sans Milton, he’s scoring three points per game (while playing 20 minutes!) with 0 made threes (his specialty) and an overall shooting percentage of just 18% Rookie Tyrese Maxey has the potential to fill that role, but so far in his NBA career he has one weapon. Drive and floater. He’s just not ready yet.

It’s a shame, because the starters are actually playing really well. Despite how maligned his offensive game gets at times, Simmons has averaged 27.7/8.7/8.3 on 66% shooting in the three losses. Those are MVP numbers. Harris has been his usual consistent self, scoring 23.7 points per game on 56% shooting. Embiid only played in two games but was as unstoppable as ever, scoring 35 in both games. The starters on the team are not the problem. Well, except one.

Danny Green has always had a reputation as being a streaky shooter but at least he had top tier defense to justify his minutes on the court when he’s cold. That hasn’t been the case recently. His defense is average at best, and he’s not really contributing from the three-point line right now. When Green is on he still provides a ton of value in the starting line up. But when he isn’t there’s no reason for him to be on the floor at this stage of his career on this team. Matisse Thybulle is a much better defender than Green. When Green is cold, he doesn’t need to play 30 minutes a game, and those minutes should go to Thybulle.

What the Utah Jazz Game Told Me

The game against the Jazz was particularly telling. Defensively Green got roasted by pretty much everyone he was matched up against. On offense he went 1-6 from the field, 1-4 from three. He even air-balled two of tries. Thybulle also shifted around on defense but was much more successful. From the NBA’s defensive tracking data, Thybulle held Clarkson to four points on 2/5 shooting, including 0/3 from deep while blocking Clarkson twice. This on a day where Clarkson scored 40 points and was 8/13 overall from three-point land. Matchup stats are far from perfect but they can certainly help.

The most egregious error Doc Rivers made was keeping Green in at the end of the game when the 76ers started running a 2-3 zone, Thybulle’s specialty. Green absolutely deserves to start over Thybulle until Thybulle has a semblance of an offensive game. But when Green is cold he offers nothing over the 2nd year kid, and Rivers needs to recognize that. In a game like this Green should not be playing 28 minutes to Thybulle’s 19, especially if the 76ers want to break out the zone.

The 76ers currently rank 28/30 in three-point attempts. It’s really tough to win in the NBA without the three ball these days. I mean, it’s simple math. Three is greater than two! On a serious note, they have been getting blown out in the three-point category in their three game lose streak. Portland and Utah both took and made double digits more three-pointers than the 76ers. The Suns game was much closer, with Phoenix only winning that battle by three on basically the same attempts. But it’s a troubling trend.

The 76ers Have Shooters

The personnel the 76ers have should lend itself to more threes. That may sound wrong, considering their two main stars are Simmons (who can’t shoot at all) and Embiid, a center. But the pieces around them can and should be taking more threes. Since Simmons has been in the league he has been one of the best at getting his teammates open threes and assisting on them. Not only that but they have Seth Curry, Harris and Embiid all shooting at or above 40% from deep. But they each only take about four triples per game. They also have Green who’s been a league average shooter this year but is a career 40% guy and Korkmaz who may be slumping now but shot 40% last year. This is not a team that should be bottom three in 3PA.

I’ll acknowledge the downsides. Despite what I just said about the roster, the 76ers are currently 19th in three-point percentage, which isn’t great but it isn’t terrible either. In addition, as attempts go up, the percentage tends to go down. Can Embiid, Curry and Harris continue their hot shooting if they take one or two more triples each? I think they can, especially Harris and Curry, but it’s far from a sure thing. However, Korkmaz and Green have a lot of room to improve. Korkmaz especially, who needs to accept he’s a spot up shooter and stop trying to do too much. All I’m trying to say is that the 76ers have a roster that can shoot more threes and still expect to make them. I’m not asking to become the Houston Rockets, but inching closer to the middle of the pack instead of dead last will do them good.