Through All Of The Chaos..Giants Fall To The Raiders.. 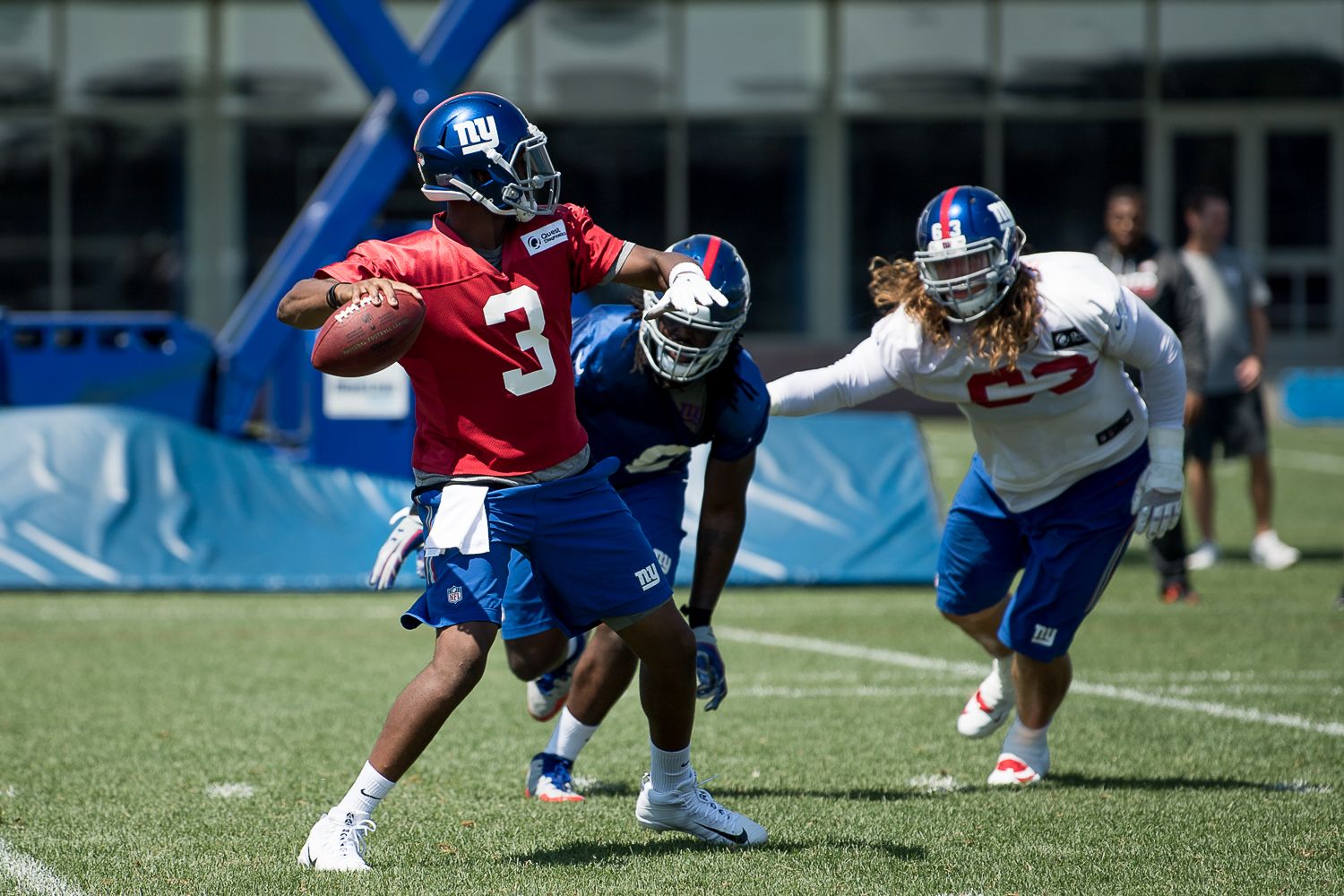 It was an odd site watching. Eli Manning on the sidelines with an ear piece on instead of his helmet as the Raiders defeated the Giants 24-17. This marks the first time since 2004 that Eli Manning was not taking snaps for Big Blue ending the consecutive game played streak at 210 games.

With reports of Ben McAdoo’s firing looming, fans wondered how the game would play out especially knowing Geno Smit’s track record in big spots. True to McAdoo’s defiant words this past week, Geno would be the starter and play the whole game.

With Geno going three and out on his first three opportunities with the ball being down 7-0, This looked like the nightmare we all predicted it might be as the game started with a 51 yard Marshawn Lynch touchdown run.

Lynch who came out of retirement this past off season to join the Raiders, had his first 100 yard game since his days with Seattle. Lynch helped the Raiders move to 6-6 as they played without star receivers Michael Crabtree (suspension) and Amari Cooper (injury) did not play.

Smith surprised everyone as he finished 21-34 with 212 yards and one touchdown. He did fumble twice and they were ugly ones as a fumble did occur towards the end of the first half in the red zone.

Smith’s lone touchdown pass was thrown to Evan Engram who continues to have a stellar rookie campaign as his stat line continues to impress. He finished with  seven catches for 99 yards.

The Giants are home for the Dallas Cowboys next week at 1pm at Metlife stadium. The Cowboys beat the Giants on opening night back in September

As disappointing as it was for not only the fan base and friends of Eli Manning, he made sure to let everyone know that he will be ok. He reassured everyone that he is not retiring and plans on playing next season.

Everyone admires the class that Eli has showed by still being supportive to his teammates especially Davis Webb.

When members of the NFL community reach out to you to admire your class, you are exactly that.. a class act.

As of 9:40pm no official announcement has been made concerning the job status of Head Coach Ben McAdoo. For the first time since the incident of benching Eli Manning, McAdoo showed a little compassion for Eli. Something he showed none of earlier in the week.

“It was a hard thing to do, I love Eli.I had to do what I had to do for the team.” McAdoo would not commit to a starting QB next week. “We will make a decision early in the week after we watch the tape”

As for the report from ESPN earlier in the day that Ben McAdoo will be relieved of his coaching duties as early as Monday, McAdoo stated that he will just keep coming to work.   “I will keep coming to work until my key card at the facility stops working”

Ben says he will coach until his keycard at the facility stops working. Says he's coming to work tomorrow and no one has told him anything. #Giants

Steve Tisch hinted to reporters that he was going to address the situation after the game. That did not happen.

We will follow up on this story as it breaks!!